BT Media & Broadcast is in its third season running a next-generation OB network for all Premier League stadiums and is now rolling similar capabilities out to other grounds around the UK, the company stated at IBC.

It is using UHD HEVC contribution, which allows it to still offer the highest quality UHD services at venues that do not have high bandwidth fibre, either due to commercial or operational reasons. 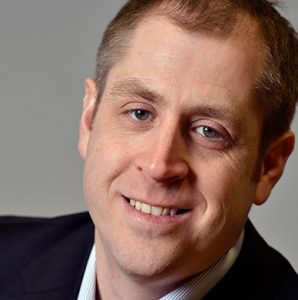 The company is expanding its capabilities for smaller venues, stated Chris Ainger, head of broadcast technology at BT Media & Broadcast: “We are rolling out next-generation capabilities, such as unmanned services, UHD, and bigger bandwidth, to more venues.”

Ainger said this rollout will enable fans at more grounds to watch high-quality footage of games: “We are spreading our network out now to other grounds. It’s evolving in scale and locations.”

BT Media & Broadcast has three Championship grounds on the new network already: Middlesbrough, Stoke and West Bromwich Albion. Overall, BT Media & Broadcast has 150 on-net OB venues, any of which can contribute UHD as MPEG4 or HEVC. The latest generation of site build (Premiership-style) also has the capability for TICO visually lossless UHD at 3Gbps. The company has provided UHD services for Champions League, Wimbledon, Scottish Premier League and Rugby League.

Ainger added: “We had phenomenal success last season. We did over 42,000 hours of uncompressed HD across Premier League venues. We also did 4,000 hours of UHD and 300TB of data.”

Ainger continued: “The demand for content from these locations is never-ending. Our goal is to support customers to deliver the richest and best quality content they can. In our next-gen network, we know if you set it up right in the first mile, the content quality improves and demand for content therefore grows.”

Next gen and 5G 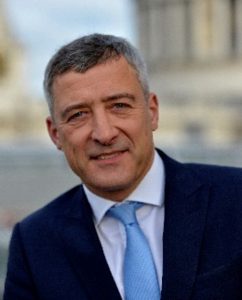 For the Premier League, BT Media & Broadcast’s next-gen network has 80GB going into each stadium, enabling true heavy lifting for large amounts of rich data. Jones commented on the BT Group’s advantage over other network providers in sports broadcast: “With the Premier League, we have the advantage of being a media business owned by a telco. It’s about bandwidth; once you’ve got the fibre in place, the limit is technology, not the infrastructure. We have the ability to transform events.

“We’re pushing quality out to the edge with more fibre and 5G, which will let us do that [for more stadiums outside of the Premier League],” said Jones.

Jones continued: “EE is launching 5G this year. 5G is going to actually help us deliver services that really cross over in the Media & Broadcast side of the business. With an assured 5G network, you’ll be able to set up slices [of the network] that are unique to what you want to do. As 5G emerges, some of the best use cases are in capturing live events. HD-quality transmissions over 5G should, in theory, revolutionise the quality of outside reporting.”

Added Ainger: “It’s early days for 5G and its place within the broadcasting ecosystem is still some cause for discussion. It’s important to distinguish between high-quality contribution and the distribution use cases for 5G. The specific and demanding characteristics of live broadcast traffic in the contribution space are a challenge for today’s 4G mobile networks in terms of assurance, bandwidth and reliability, so it is vital that the industry bodies and 5G network designers are considering the needs of the broadcast industry now, technically and commercially, as a fundamental use case for the technology.”

Ainger continued: “Because of our combined fixed and mobile networking strengths (through BT’s acquisition of EE), Media & Broadcast  are in a unique position to bring together world-class media and mobile networking design to ensure that the demands of media contribution are met, whether the contribution technology is fibre, satellite or mobile. It is why Media & Broadcast and EE both participate in the 5G X-Cast consortium and the EBU’s ‘5G in Content Production’ working group,” he said.

“Everything HD we do uncompressed to increase the quality in the first mile, and to increase reliability because compression can be one of the first things to go wrong,” Ainger concluded.