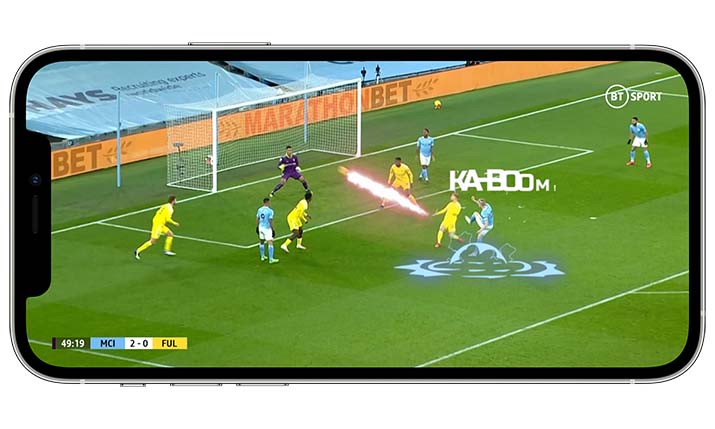 BT Sport has announced the new Hype Mode feature on its app to bring enhancements designed to entertain younger sports fans to the small screen.

Hype Mode, which debuted on 14 August during live coverage of the Manchester United versus Leeds United match, provided a youthful and entertaining broadcast experience never before seen in the UK. 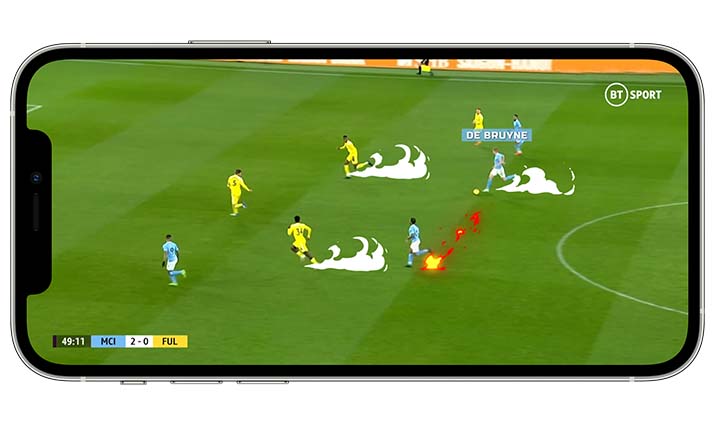 BT Sport’s App will also provided an enhanced version of its popular Manager Mode feature, which launched last season as part of its suite of Matchday Experience offerings that give customers unique insights on the action. The new Manager Mode includes an updated mini map showing both teams’ real time formations, plus key data such as the location of key touches in the opponent’s half, and teams’ time spent in the opposing team’s half. Player speed data was visible for key players involved in a phase of play, providing viewers with a new, insightful gauge of a team’s movement across the pitch. 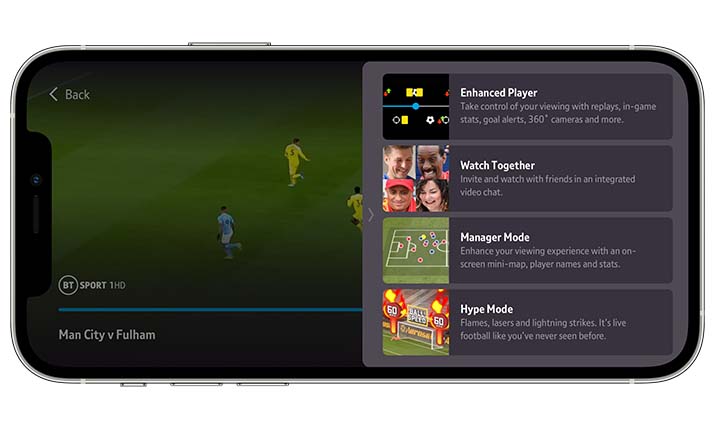 In addition, BT Sport customers now enjoy a new ‘timeline’ feature on consoles, smart TVs and other large screen platforms, which gives viewers a new way to watch live sport on TV. The new features allow customers watching on TV via the app to access an interactive timeline for each match to keep abreast of key moments and incidents. The feature allows them to re-watch key moments and move seamlessly back to the live action.  The new timeline feature is available in up to 4K HDR quality.

The timeline features will be available around events such as the Premier League and UEFA Champions League. While viewers have been able to use a timeline on mobiles and tablets for several seasons as part of the App’s enhanced player, this is the first time that they will be able to enjoy an improved viewing experience on large screens.

Jamie Hindhaugh, chief operating officer, BT Sport, said: “Hype Mode is a first of its kind innovation in the UK around live football broadcast that will provide a new viewing experience for children and families, while maintaining the integrity of the competitions we cover. Meanwhile, customers who have enjoyed our award-winning enhanced player on small screens can now enjoy a completely new viewing experience on large screens too, giving them a new way of viewing sport on TV. Today’s launches are the latest to come from BT Sport Innovates, our new home of industry-leading innovation.”

BT Sport Innovates is a new portal that showcases the broadcaster’s latest and previous innovations.