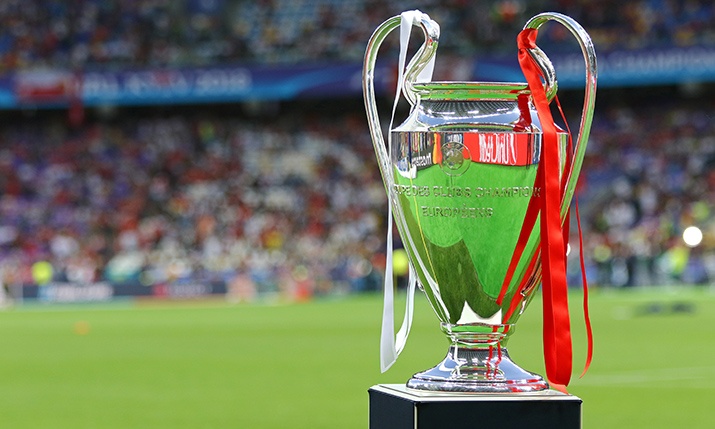 BT Sport no longer holds the exclusive rights to the UEFA Champions League in the UK, but it has secured the rights to the majority of the League’s games, plus all the UEFA Europa League and the UEFA Europa Conference League exclusively live for a further three seasons, including highlights and in-match clips, to 2027. It will also continue to make the finals available for all to watch.

The broadcaster has secured UK rights for 187 of the 204 Champions League games in the new expanded format which will start from 2024. It will show the new format of the three European competitions from 2024, with 12 more teams, more matches than ever before, plus the introduction of an additional “knockout-playoff” round.

Meanwhile Amazon Prime and BBC Sport are the players that have taken BT Sport’s exclusive deal away. Amazon Prime has secured rights for live UEFA Champions League matches in the UK from 2024; Amazon’s deal will give it one game a week, which will total around 20 games per season.

For BBC Sport, which has not shown Champions League coverage since the 2014-2015 season, from 2024 viewers will be able to watch a new Wednesday night episode of Match of the Day, which will be the home of the league’s highlights.

BT Sport will show 533 of the 550 games available across the three leagues, with 113 (27%) more games for customers to watch each season in new format competition.

Paolo Pescatore, tech, media and telco analyst at PP Foresight, commented: “[This is] a win for all parties. While BT Sport loses exclusivity, it provides long term certainty going into the joint venture (JV) with Discovery, providing fans with more games and for less money.”

However, he added: “UEFA has been able to increase the value of the rights by opening up the tender and packages to more players. This will not go down well with fans if they’re forced to fork out more during these unprecedented times with the higher cost of living. More players means fragmentation, but this should not be a huge issue. Amazon is now establishing itself as a key provider of sports in the UK as it continues to steadily beef up its programming. This will help drive Prime subscriptions and sales even further with more live sport through the year.

“A surprising winner is the BBC, which will be looking to replicate the success of Match of The Day. More sport on free-to-air will be a winner by all viewers and makes premium European football more accessible,” continued Pescatore. “The biggest question mark is DAZN and whether any interest was shown. This will be a further blow to its own aspirations in the UK as some of these rights would have helped its precarious position, more so given the failed acquisition of BT Sport [by DAZN].”

In each of the new format Champions League competition, 36 teams will play in a single league format, with those finishing one to eight progressing to the Round of 16, teams placed nine to 24 contesting the additional knockout round, and the bottom 12 teams exiting the competition and no longer dropping down into the UEL and UECL respectively, introducing more jeopardy and must-win knock out matches.

The expanded qualification system opens up the possibility of a fifth English team in the UCL and guarantees Scottish participation in the UCL and UEL.

Marc Allera, chief executive at BT’s consumer division, said: “BT Sport continues to be the home of the UEFA Club Competitions until 2027 and we are extremely proud to have the privilege of twelve years of broadcasting one of the most exciting competitions in the world. It is fantastic news for our viewers that from 2024 we will be able to show more games than ever before live and exclusive on BT Sport.”

Guy-Laurent Epstein, UEFA marketing director, said: “We are delighted to be extending our partnership with BT until 2027. BT has been a long-standing UEFA club competition partner since 2015, where it has applied industry leading broadcast expertise to European club football. Throughout 2024-27 BT will broadcast more live matches than ever before, which will be supplemented by its exceptional array of original programming.”

The costs of the rights awarded to BT Sport is around £305 million per annum. BT expects to pay a deposit of around £61 million in July 2022. Following the move of BT Sport into the joint venture (JV) being created by BT Group and Warner Bros. Discovery, which is expected to be complete by the end of 2022, the JV would pay the rights costs per annum less the deposit. The planned JV is subject to customary closing conditions, including CMA approval.

The financial outlook for FY23 remains unchanged. Following completion of the sports joint venture with Warner Bros. Discovery, BT expects Group revenues to reduce by £0.5 billion to £0.6 billion per annum relative to FY22. It does not expect a material impact on its FY23 adjusted EBITDA outlook.