UK telco BT has just passed the landmark figure of 750,000 subscribers for its IPTV service, BT Vision. The figure might be small so far, but, with paradigm-shifting sports-rights deals kicking in next year, the company is a significant, IP-powered new player on an increasingly crowded and pressured block. 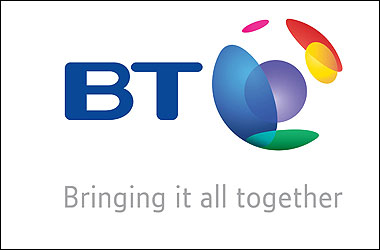 For an upstart like BT to throw an established broadcaster with the power and reach of ESPN into disarray is, frankly, unexpected. For it to throw the 500-lb. gorilla (at least in the UK market) of BSkyB into disarray as well is even more so. But, over the past few months, it has not only stolen Aviva Premiership Rugby rights from both parties but grabbed a couple of the minor EPL packages from under ESPN’s nose.

This all leaves ESPN looking significantly wounded in the UK and soldiering on in 2013 without two of its most attractive properties. And even Sky has said it’s going to have to tighten its belt in other areas of the business to accommodate the hugely inflated costs of EPL rights (which raised a total of just over £3bn this time round, up a staggering £1.25bn from the previous deal).

The main culprit in all this is said to be Al Jazeera, which made such a robust play for the rights that it kick-started an unprecedented second round of bidding. BT Vision, though, is undoubtedly the main beneficiary, which marks the first time an IPTV provider has become such a major player in the country.

Of course, 750,000 subscribers is not a number to be sniffed at, but it falls short of the company’s own target, which, from launch six years ago, was to establish 2 million-3 million subscribers in the medium term. The football and rugby rights will go a long way to addressing that shortfall. Plus, in all probability, UK regulators will see that a carriage deal is done, ensuring that any new BT Sport channel will also be available on a subscription basis via other platforms, which means that the company can add numbers without having to supply the ecology to support them.

And given that the UK has the lowest FTTH (fibre-to-the-home) penetration in the whole of Europe, with a measly 0.05% of households connected direct, that’s probably a good thing. BT’s target was originally to have 2.5 million households connected up direct to fibre by the end of 2012, so having missed that target by 2.48 million is slightly embarrassing. Instead the company seems to have decided for the moment that FTTC (fibre-to-the-cabinet) is the route forward, and it will largely be relying on copper for the “last mile” indefinitely, meaning that broadband speeds will peak at 40 Mbps rather than 300 Mbps.

Indeed, according to the FTTH Council Europe, the 2.5 million target in the UK will be reached only by the end of 2016, and it further wails that Europe as whole will lag behind the rest of the world then, too, with an average 8.7% of homes connected by then, compared with 10.5% globally.

BT’s latest sports deals last beyond that date (and indeed, in the past week, the company has inked deals to screen live matches from Serie A and Ligue 1, not to mention Major League Soccer from the U.S. and Brasileiro in Brazil). All of which could make things interesting for the telco, and others around the world, since a few of the other major stories from the past week suggest a 4K sports-production future as little as three years away.

IPTV services are going to increase in that timeframe, of that there is no doubt. A recent report from Parks Associates sees IPTV subs in the U.S. more than doubling by 2017, and there are plenty more surveys reaching the same conclusion.

The question is whether those services will be ahead of or behind the technology of the broadcast curve — providing 4K ahead of the traditional players or struggling to replace an increasingly beleaguered infrastructure to catch up — and exactly how many sports properties they will be clutching by then. Certainly, BT’s promise to Premiership Rugby that it will upgrade its club’s grounds to fibre networks as part of its deal suggests that the telco is in this particular game for the long haul.