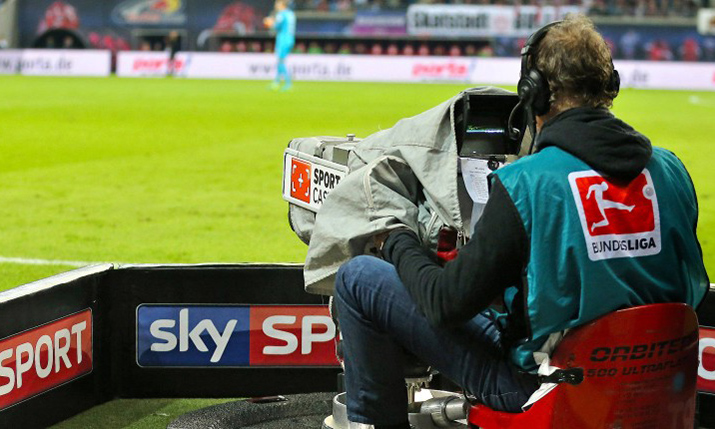 Following the successful completion of the Bundesliga season, Sky Germany vice president of sports production Alessandro Reitano outlines what his team did to overcome the challenges posed by COVID-19 and reveals what they have learnt from the experience.

No one expected COVID-19 to hit all parts of the live sports business as hard as it did.

There wasn’t a time in the past 50 years where the entire sports world came to such an abrupt halt as it did during the past few months, which posed great challenges for all live broadcasters.

But nonetheless, every crisis has its opportunities and the urgent need to re-think a lot of processes gave way to important and major innovations in our Bundesliga broadcasts and therefore for our customers.

The Bundesliga was the first major league in the world to re-start and it did so on 16 May with the so-called “behind closed doors” or “ghost” games.

“[We used] the re-start phase as an innovation offensive to offer our customers the best possible programme and to make the lack of fans in the stadiums a bit more bearable.”

We understood the fans being torn between wishing to see their team play while having the desire to actually “experience” the matches.

Therefore we came up with a couple of enhancements to supercharge the 90-minute football match and beyond while keeping a very high hygiene standard in place and making sure that we keep our people safe on-site in the stadium but also in our broadcasting centre.

Especially around the broadcasting centre, we deployed a “safe house strategy” and brought the necessary disaster recovery concepts in place to make sure that we were absolutely ready for the ‘what if?’ cases, either by moving out of the broadcasting centre due to a complete lockdown or if we had a suspected case within the crew during live operations. 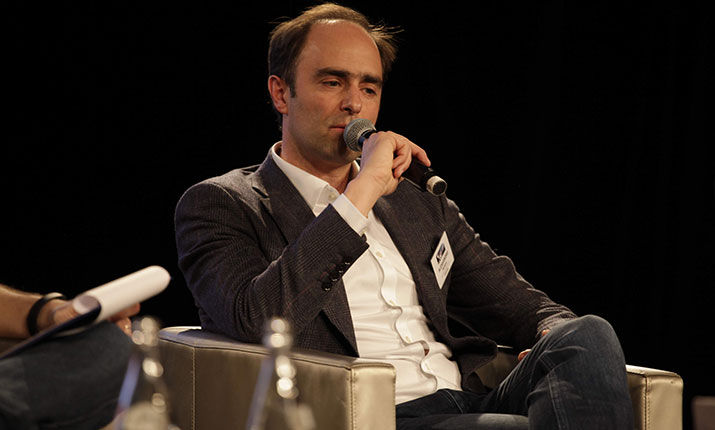 Reitano: What was clear to us from the beginning was that if we were to use Fan Atmo, it had to be really good.

We started our thinking around how to be best prepared in the very early stages of the crisis to make sure that we could cover all the necessary steps: remote access to all relevant core systems in our HQ; deployment of re-shaping of workspaces and accesses; intense talks with Bundesliga and Sportcast [the host broadcaster] regarding their security concept of the OB vans on-site; and partially re-functioning of our Sky Sports News SNG fleet for disaster recovery purposes.

It was a very intense period of time where we had to create a new ecosystem that was technically stable and allowed us to both secure our free-to-air 24/7 sports news business and create a new and meaningful programme for our pay-TV customers while live sports paused during the coronavirus pandemic.

From a product perspective, we set ourselves some ultimate goals for the Bundesliga re-start. We created a dedicated “Sky Stadium Atmo” for each Bundesliga match and for our most-watched product, Bundesliga Conference, where we switch live between all Bundesliga matches on a Saturday.

On top of that, we doubled our number of Ultra HD games per matchday, increased fan engagement with a dedicated fan ‘watch along’ feed, offered a fan commentary feed for certain matches and enhanced match coverage with augmented reality to cover the empty stands where possible and appropriate with additional data and facts.

All the additional features mentioned above had to be developed, tested and implemented in the shortest possible time and under coronavirus safety conditions.

From the idea to going live, we had just two weeks to develop the specific Sky Sound Atmo and especially with the very sensitive topic of ‘artificial’ crowd sounds or Fan Atmo as we call it. What was clear to us from the beginning was that if we were to use this feature, it had to be really good. 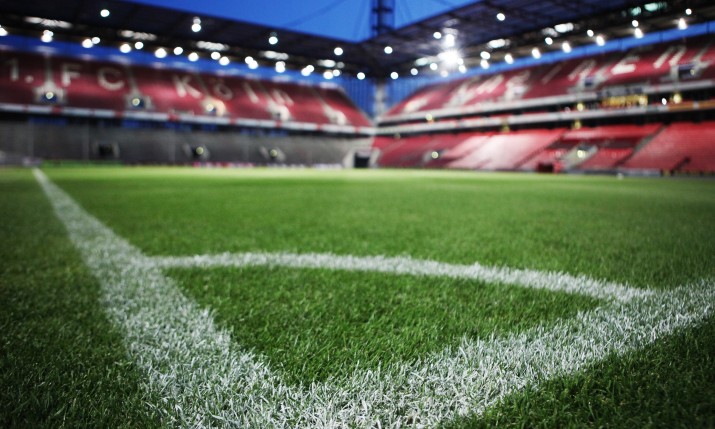 How does Sky Sound Atmo work?

For every single match on every matchday, we extract the sound-file from previous encounters between those two teams – paying attention to the exact formation in regards of “Home and Away”.

From this “old” sound-file we then create multiple dedicated sound-samples of match-situations and how the fans – if they were in the stadium – would react. eg. “Goal Home Team”, “Goal Away Team”, “Missed Chances”, “VAR Situations”, “Foul Home Team”, “Foul Away Team” etc.

All of these samples are then made available on an Akai MPD 226 sound controller and then played out at the exact situation when it occurred during the match by an operator.

Since the samples are mixed live, it requires a high degree of concentration, especially for the Sky sound producer. I really believe that our approach to Sky Sound Atmo has been so well received by our customers and fans because you notice that the audio mix is live and that someone is deliberately following the game for 90 minutes and can, therefore, anticipate the course of the game and thus the “fan reactions” in the stadium accordingly.

This gives the fans the feeling in front of the screens that they were at least “experiencing” the matches and not just “watching” it.

Of course, from the first game of the re-start until now we have been working continuously on the further development of the right audio mix. The learning curve was extremely steep!

Around fan engagement, we started a new show in parallel to the match of the week called #CouchKurve, where two fans together with our Sky host watch the game, comment on it and exchange opinions.

With Twitter and Instagram, we get opinions from outside and call for polls. The whole product is produced live in the cloud. As a production unit, we use the Windows-based vision mixer vMix, developed by StudioCoast, with graphics added via Singular.

As I mentioned at the beginning, the coronavirus crisis has forced us to quickly throw old ways of thinking overboard and to use the re-start phase as an innovation offensive to offer our customers the best possible programme and to make the lack of fans in the stadiums a bit more bearable.

Sky Sound Atmo can only be a temporary solution, whereas we see the issue of fan engagement, the even greater use of augmented reality and the integration of more data as a great opportunity to make further efforts there for the new season.