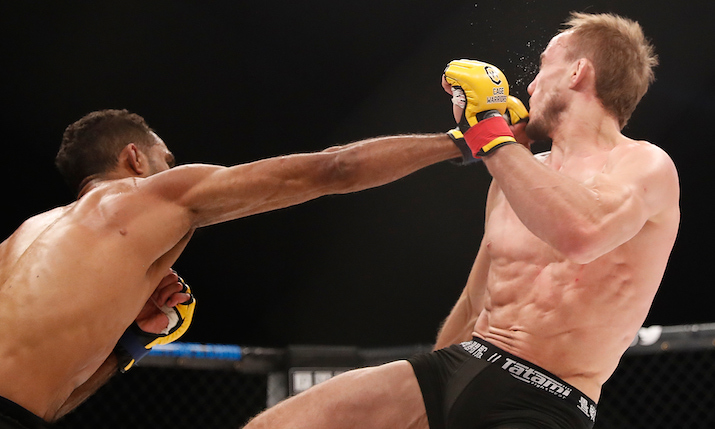 The next generation of Cage Warriors champions will soon be crowned with every knee, kick and knock-out in the Octagon coming to discovery+ in the Netherlands and Eurosport in Spain.

Cage Warriors, one the fastest-growing competitive mixed martial arts (MMA) events globally, has already staged more than 150 events in three continents over the past two decades and has launched the careers of global superstars including Conor McGregor, Gegard Mousasi and Joanna Jędrzejczyk.

As part of a new partnership between Discovery Sports and Cage Warriors, in addition to live and on-demand streaming on discovery+ in the Netherlands and via the Eurosport app in Spain, viewers can also enjoy coverage on the full range of Eurosport’s channels and platforms, broadening the reach of Cage Warriors for the widest possible audience.

Packing even more punches, Eurosport.nl and Eurosport.es will also bring fans the best content and stories throughout the series, providing even more ways to engage with Cage Warriors

Viewers will benefit from a minimum of 15 events per year, including potential fights in the Netherlands and Spain. The new series of Cage Warriors kicks off in San Diego, US on 4 March with Cage Warriors 133, which is set to feature some of the fiercest knockout artists and submission specialists including Joseph Morales (USA) vs Sidemar Honorio (Brazil) in the main card flyweight bout.

Gijs Poortman, head of Discovery Sports Netherlands, said: “With the rights to Cage Warriors, we are expanding our premium martial arts offering on discovery+. With Cage Warriors, in addition to UFC, we want to serve our MMA fans on discovery+ even more at the highest level. With, among others, Dutch MMA athletes Gerardo Fanny, Agy Sardari, Hubert Geven and Daan Duijs and favourable European broadcast times, the martial arts enthusiast is sitting first row at discovery+.”

Fernando Ruiz, sports editorial senior manager at Eurosport Spain, said: “With this new addition, Eurosport further strengthens its extensive catalogue of international sporting events to offer fans in Spain one of the most important mixed martial arts competitions with more fans around the world after the addition of the UFC last month. In addition to continuing to enjoy some of the top boxing events on the international circuit, fans of contact sports will be able to follow the best coverage of Cage Warriors on Eurosport’s channels and digital platforms for years to come.’’

Graham Boylan, president at Cage Warriors, said: “We are very pleased to see Discovery’s growing commitment to MMA and are excited to join Discovery the UFC in growing the sport in the Netherlands and Spain. Vamos!”