At NAB 2020, Calrec had planned to demonstrate a number of advances across its IP-enabled range of products, including Type R and the ImPulse Core.

Marketing manager Kevin Emmott told SVG Europe, “using a 1U H2/IP Gateway, Calrec’s NAB stand would have shown a system network connecting an IP and a Hydra2 environment. The H2/IP Gateway provides an interface between Hydra 2 and Calrec AoIP network and allows for audio labels and control data to be passed in both directions.

“Calrec was also set to introduce a new AES67/SMPTE 2110 IP modular card for its existing range of modular IO boxes. This card fits into existing Hydra2 modular IO boxes to enable users to convert it to an IP unit. 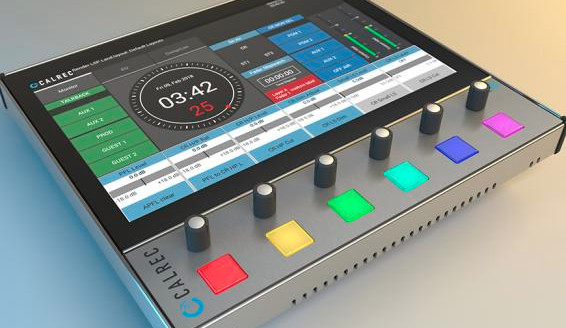 “In addition, new V2 software for the Type R core introduces core redundancy, multimple mixers on a single core, and modular AoIP card (which fits into our existing modular IO boxes). The main feature of the new software, however, is third party control via NMOS IS-04 (which is the discovery protocol) and IS-05 (the stream management or control management protocol), and SW-P08/virtual patchbays,” said Emmott.

“As the move to IP becomes more commonplace in sports and OBs, there is a bigger focus on that NMOS convergence. At NAB Calrec planned to introduce discover and control management across its whole range of IP-enabled range, with support for NMOS-04 (discovery) and NMOS-05 (control management).”

Customer support, continuing R&D and a focus on education

Commenting on how Calrec as a company is adjusting to the current coronavirus lockdown around the world Emmott told SVG Europe, “We’re still operating a full customer support team. But the nature of the requests has now changed, obviously. We’re still holding spares and we can get spares out – we’re continuing to do that. For a company like Calrec, where a lot of customers have large pieces of equipment with a lot of longevity, customer support is one of our most important teams.

“We’re also doing a lot of training with our distribution partners, to get them up to speed. We’ve got the opportunity and the time to do so at present. We’ve also got quite a large R&D team. They’re still working and developing products – though not at the factory. Our priorities are to support customers and to keep developing new technology.

“We have to be more focused on education now. It’s important. We’ve got customers contacting us to test the boundaries on how they work remotely and how they work virtually – which are two different things, but achieve the same ends. For example, supporting products like Type R for TV, which has already been used in the United States as a virtual console with station automation, is becoming increasingly important.

“We felt that remote production would reach a tipping point anyway: but now, with what has happened, these are options broadcasters are actively seeking out. The way people are setting up broadcasts has already changed. And I think the industry will change as a result. The way we talk to customers will change.

“If one good thing has come out of all of this, it’s proved that there’s a big community here – and people are willing to help each other out. That’s a positive thing,” said Emmott.