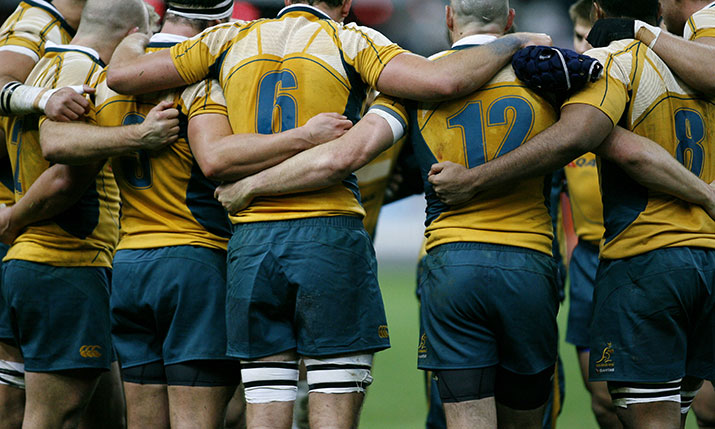 While Canon’s principal focus at NAB 2019 will be on promoting and extending the capabilities of its 4K HDR broadcast lenses, there will be continued speculation and hints of actual news about its plans for the 8K live market.

The company has been teasing an 8K broadcast product since 2015/16 when it debuted a prototype of a Super35 sensor camera body with 8K lens.

It’s since been testing the technology, along with a workflow that includes an 8K HDR display and signal over optical fibre network (both prototype) including at the Bledisloe Cup rugby union match between New Zealand and Australia at the Nissan Stadium in Yokohama City last autumn.

“It’s a working proof of concept to show that we can do 8K and when the market is ready we’ll have an end to end chain we can bring to market,” says Stephen Hart Dyke, Professional Imaging/B2B product marketing manager, Canon Europe.

Adds Blazej Klacansky, channel development manager, “We have an 8K sensor, we have 8K lenses and we make our own processing chips so image capture is not a problem.

“We know 8K works. On that camera, we output raw 8K 60p via four 6G SDI outputs to four independent recorders. Of course, you don’t need raw. There are other output formats to manage the data better, but this [volume of data] is one challenge the industry needs to overcome.”

The other challenge is the market demand for 8K.

Even Japan’s NHK is only transmitting limited programming in Super Hi-Vision. 2001: A Space Odyssey, with which it launched a channel last December, was rescanned to suit the format. 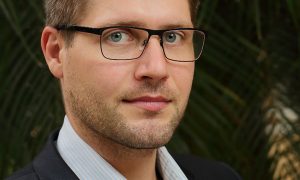 Klacansky: We have an 8K sensor, we have 8K lenses and we make our own processing chips so image capture is not a problem.

According to Hart Dyke, “Even though 8K isn’t prevalent in EMEA broadcast at present, certainly in other parts of the world 8K is providing a new ability to broadcast production, which is why Canon is already providing 8K lens solutions to meet demand.”

Canon is clearly intent on building out its own 8K broadcast and cine set and is tapping some of the U$3bn the firm has invested over the past year in R&D to make it happen.

“We know image acquisition works, there are 8K consumer displays entering the market this year. and efficient codecs such as HEVC H.265 for transmission,” stresses Hart Dyke. “What’s more, the chain in between is changing rapidly.”

One of these drivers will be 8K activity around the Tokyo Olympics in 18 months. Fan zones around stadia are being lined up as one application for 8K content.

“For 8K you would need a higher spec lens design in the centre of 12K, 14K even 16K depending on the category of the lens you require.”

Canon itself has tested wide-angle video captured using an 8K camera and a fisheye lens at the Bledisloe Cup.

The output was transmitted from the stadium, converted in real time for wide-angle projection using multiple 4K projectors and viewed live at Canon’s Tokyo HQ.

Canon cooperated with partner companies to produce three-dimensional sound overlaid on the pictures and has plans to develop this technology for immersive sports viewing applications.

However, developing an 8K lens for sports is technically more challenging than that for cinema.

“In the cinema world you have more artistic expression and the lens can have various faults which lend the image distinct characteristics but for sports, you need a best in class image,” says Klacansky.

Leaving aside trying to make an 8K 2/3 chip camera chain (which no manufacturer has cracked), one of the keys is to achieve a consistent resolution all the way around the frame, not just as its centre which is why all lenses outperform the nominal peak resolution of the sensor.

“You naturally lose some of the light through the optics and in addition lenses are naturally spherical and will deliver a higher sharpness at the centre than at the edge,” says Klacansky.

“On top of that, if you use an extender, of say 2x, you will also reduce the resolution nearly 2x.”

“For 8K you would need a higher spec lens design in the centre of 12K, 14K even 16K depending on the category of the lens you require,” says Klacansky.

“You will also need enhanced optical image stabilisation and to ensure that tolerances are minimal. You’d need different materials [than for building cine lenses] such as more fluorite, different coating and different polishing techniques to make it possible to grind such a large spherical lens. You can’t cheat physics.” 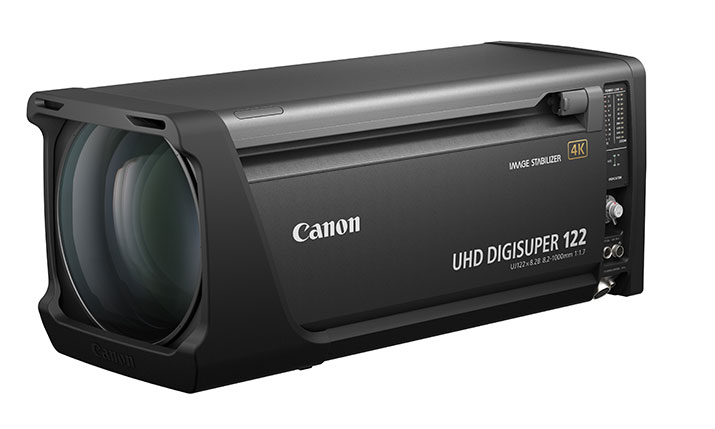 While 8K remains work in progress (some broadcasters are still to transition from SD) Canon is busy enhancing its 4K lens range.

Chief among these are the flagship UHD DIGISUPER 122 and its counterpart UHD-DIGISUPER 111.

Both lenses were used by NEP during live coverage of the AFC Championship game in the NFL between the Kansas City Chiefs and the New England Patriots.

According to Canon, the 122 field zoom broadcast lens can achieve the world’s widest angle, boasts the world’s longest focal length (8.2 mm at the wide end and 1000 mm at the telephoto end and extender can double that) and the world’s highest zoom ratio of 122x. ESPN is among the broadcasters to have tested them.

Says Klacansky, “These are not only longest and widest on the market, they mean sports producers from horse-racing to soccer and winter sports can get much closer to the action and achieve wider shots – so they can save money by having fewer lenses in the field.”

Both new lenses come with a proprietary Air Sphere Coating (ASC) that reduces flaring and ghosting for shooting in HDR and Wide Color Gamut. ASC was another result of Canon’s U$3bn R&D spend.

Arriving as standard in both lenses from NAB will be a function that enables operators to create bokeh.

More familiar to cinematographers, the effect which delivers an aesthetically pleasing blur in the out-of-focus parts of an image, has been used by programme-makers in Japan but Hart Dyke says sports producers are keen too.

He says: “Operators can control (with an optional macro-control) the speed as well as the focal plane so you can rapidly go in/out of focus for creative effect.”

This fits into a trend that Canon has spotted in the production of behind-the-scenes programming with cine-quality production values.

Citing Amazon Prime’s Manchester City doc All or Nothing, Hart Dyke says filmmakers are looking for a more artistic look from cameras like a Canon EOS 300 Mk11 from the touchline, training ground or changing room.

“It means fans get a more emotional and personal look at teams and players,” he says. “I think we’ll end up with much more content like this around these big events.”

Another R&D project for Canon is a Free Viewpoint Video System.

This uses multiple high-resolution cameras installed throughout the stadium to allows fans to view a match from various different angles and points of view. Intel has a similar system but Canon says its technology has superior optics allowing users the option of zooming into the action rather than just picking a fixed viewpoint.

“We’ve successfully produced video footage from a trial of the system,” says Hart Dyke “Visual data from the camera feeds is processed to create video that can be freely manipulated to enable viewing from angles impossible to capture through conventional methods.

“This is an advanced technology and we’re not disclosing further information than this but if a sports producer can combine this tech with Virtual Reality then you can go in and zoom and watch from any angle you want in the stadium then that really is the next big ‘Wow’.”