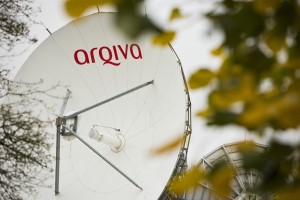 Widely considered to be the greatest football league in the world, the Premier League is broadcast to 900 million households in over 200 territories – a colossal feat that is reliant on Arqiva’s satellite distribution services.

Arqiva has been involved in the global satellite distribution of the world’s most competitive and compelling football league since 2007, helping to deliver the Premier League to an estimated audience of 4.7 billion viewers in hundreds of territories.

The close working partnership enjoyed by Arqiva and IMG’s Premier League Productions (PLP) has allowed for the consistent global delivery of high-quality football content during the past nine seasons.

An introduction to IMG and PLP

IMG is a global leader in sports, events, media and fashion. Operating across more than 30 countries, it represents and manages many high-profile sports and fashion figures; stages hundreds of live events each year; and is one of the world’s largest independent producers and distributors of sports media.

To make this possible, PLP relies on the support of various experienced and skilled broadcast partners – including Arqiva. Throughout a nine-year tenure, Arqiva has applied a range of technologies and service enhancements to meet the needs of PLP and the international licensees. Ensuring every second of Premier League content is delivered securely and efficiently.

PLP expects Arqiva to deliver a consistently high-quality service throughout the season – something which takes considerable planning, skill and technical expertise. Standards must remain high amid all the challenges that arise during the seasons. Meeting the expectations of PLP, its broadcast partners and billions of viewers around the world is central to Arqiva’s priorities.

Arqiva works continuously to maximise the efficiency of PLP’s service, whist ensuring that high quality is maintained. Advanced ‘roll-off’ filtering technology, for instance, allows the transmission of a higher bit-rate without any need for additional satellite bandwidth – providing the equivalent of a 15% improvement in efficiency.

Arqiva’s innovative use of statistical multiplexing has also had a significant impact, improving efficiency within each three-channel Main Match-Mux (consisting of World Feed; Wide Shot/In-Match ISOs and Interview Line/Tactical Camera). This increased flexibility has allowed PLP to maximise its available bandwidth and enhance the amount of content that is made available to the licensees as part of its ‘Core’ offering.

During every live match, PLP and the broadcasters have access to a dedicated help desk to manage any technical difficulties encountered during transmission. This service is manned throughout every match day, with engineers ready to respond to all manner of situations. Whatever the challenge, the help desk means it can be handled quickly and with minimal fuss.

What’s more, the fact that all Premier League feeds are monitored closely at Arqiva’s Master Control Room (MCR) helps to ensure a smooth and consistent service throughout each season.

Delivering Premier League content to such a large audience does come with its own challenges – challenges that Arqiva and PLP must work together to deliver.

The Premier League continues to innovate and raise production values for its international licensees in-keeping with its status as the world’s leading football league. Since Arqiva and IMG’s partnership started, broadcast quality standards have already shifted from Standard Definition (SD) to High Definition (HD), with Ultra High Definition (UHD) now the inevitable next step.

Arqiva has effectively managed the evolution to this point by implementing new technologies such as statistical multiplexing and NS3 modulation, and conversations about the future are ongoing. In a constantly changing technical landscape there will be a number of next-generation technologies that will have the potential to offer further improved efficiency and/or performance in seasons to come.

The partnership between PLP and Arqiva has been a huge success by all accounts. Charlie Turtle, distribution manager for Premier League Productions, says: “Our work with Arqiva has been very successful, and that shows in the long-standing relationship between the two companies, which now goes back nine years.

“Throughout the relationship, Arqiva have continually delivered the level of service that IMG and PLP expect, and we’re confident that will continue into the future.”

Grant Parkinson, sales manager at Arqiva, adds: “IMG is one of the major global players in this industry, and they have a really important place in the market; it’s a privilege to be working with them. Our relationship has gone from strength to strength over the years, and it remains very strong today. That allows us to continue delivering the best possible service for PLP and the billions of people watching Premier League football around the world.”