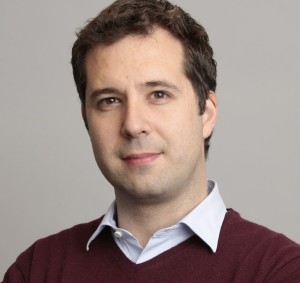 All eyes were on Rio de Janeiro last year during the world’s biggest event, which provided a showcase for broadcast and online delivery for broadcasters in Brazil and its neighbouring Latin American countries. Elemental was at the heart of expanded facilities, delivering high quality, high efficiency encoding for multiple platforms, writes Sergio Da Silva, Sr. Field Operations Manager South America.

Globosat is one of Latin America’s biggest pay TV players and Brazil’s leading multi-channel broadcaster and content provider. The company produced and transmitted 100 percent of the live events for distribution over a traditional pay TV infrastructure and an IP infrastructure for multiscreen devices. This live content was available to viewers via 16 fully produced linear channels as well as the SporTV app, where viewers can choose from another 44 IP channels available on the internet. This content was also available as video-on-demand. Globosat stored approximately 30 hours of VOD content each day.

Elemental Live software encoded the content for streaming at the Globosat headquarters, across the city from the International Broadcast Centre which provided the multi-lateral feeds. Elemental Live also enabled the recording, editing and preparation of catch-up TV deliverables for distribution over other VOD platforms. This included Net Brazil, the video content service sister telco Embratel from the America Movil group, based in Sao Paulo. Connectivity between the IBC, Globosat and Net Brazil included live high resolution IP circuits using the SMPTE 2022-6 standard for IP over SDI, eliminating the capital cost of installing multiple dedicated video circuits.

While the Globosat Elemental Live encoders ran in an on-premises data centre, Net Brazil chose to use private cloud processing, with Elemental Live servers running on Embratel’s datacenters. There was a bespoke implementation of Nagravision conditional access software to protect the valuable content. This ran as part of the Elemental Delta video delivery platform on premise at Net. The glue binding together the video experience and event scheduling ran in turn on Amazon Web Services Lambda.

Other Latin American countries also turned to Elemental as the trusted provider of video encoding. Antel, the leading telco in Uruguay, launched earlier in 2016 a tier 3 data center (guaranteeing 99.98% availability), and at the time of launch announced that Elemental was its preferred video encoding and streaming solution.

Sam Blackman, Elemental co-founder and CEO, said on visiting engineers at the Antel data centre in Montevideo that it offered “the fastest switching time I have ever experienced for a live streaming application – one of the most forward-looking architectures in the world.”

Antel provided the delivery platform for Antel’s own OTT service, VeraTV. It scaled simply and easily to add extra services as required, as well as meeting high demand. Net Brazil also paid tribute to the cloud scalability of the Elemental and AWS solution, responding instantly to changes in demand.

Globosat was sufficiently comfortable with its Elemental video encoding platform that it took the decision to add four HD channels to its offering with just two weeks to go to the opening ceremony. It could do this without any extra hardware, thanks to the software-defined video architecture.

What the experience of these three major providers demonstrated – and it was echoed by broadcasters around the world – was that software-defined video processing is inherently flexible. Globosat’s installation was on-premises, Vera TV took advantage of Antel’s massive data center, and Net Brazil used a mix of public and private cloud.

The flexibility also allowed the broadcasters to move content seamlessly between centers, adapt rapidly to changing demand from multiple devices and platforms, and to apply industry-standard content protection, all with the low latencies that sports fans demand.

These unified headends provided the capability to address the primary screen, multiple online and mobile platforms, and emerging technologies like 4K Ultra HD. It achieves all this with a very high level of resilience, suitable for the most demanding of audiences and applications.