Celebs to slug it out for BBC Sport Relief 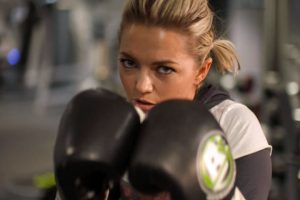 A former footballer, a reality TV star, a singer and an actress are to take part in a BBC boxing challenge to raise money for charity.

As part of the corporation’s Sport Relief campaign, former Chelsea and England defender Wayne Bridge will fight television personality Spencer Matthews while singer and actress Hannah Spearritt (pictured) will get inside the ring with The Saturdays’ Vanessa White.

The four will put themselves through a gruelling pre-fight camp before slugging it out live during Sport Relief’s Night of TV on Friday 23 March.

The amateur bouts will be officially licensed by England Boxing.

BBC executive producer, Sport Relief 2018 Colin Hopkins said: ”Celebrity Boxing is one of the toughest challenges we have taking place this year. The four celebrities deserve a huge amount of respect for their dedication and commitment in preparing for their fights, and in turn for helping to raise money for such a fantastic cause.”

Held every other year, alternating with Red Nose Day, the last Sport Relief, in 2016, raised £72.5m for good causes.

Sport Relief Night of TV is a BBC Studios production.