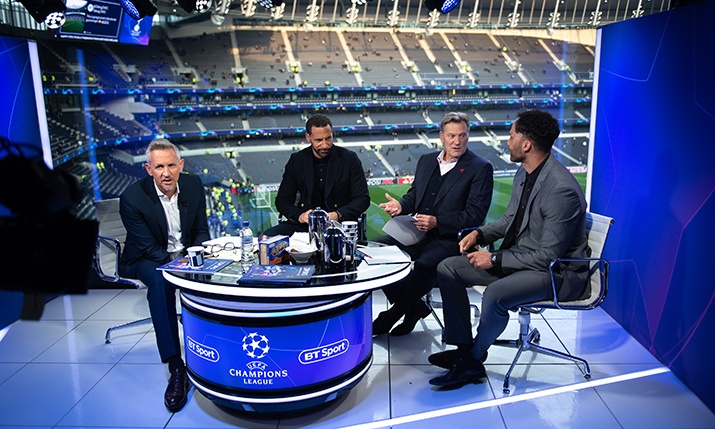 When Chelsea take on Manchester City in this weekend’s all-English UEFA Champions League final, the UK’s broadcast rights holder BT Sport will be there, providing unilateral coverage of the game with a beefed-up remote production operation that has multiple redundancy and less crew and staff on-site than in previous years.

Augmenting the Mediapro-produced world feed, the broadcaster will do its own presentation from the ground as well as capturing its own shots, with a particular focus on the fans inside the Estádio do Dragão stadium in Porto, with pictures switched back to Stratford.

Multiple feeds will be sent back to London to cover all eventualities. And unlike the last all-Premier League final in 2019, when Liverpool took on Tottenham Hotspur in Madrid and BT Sport had 200 people present, this year, far less will be involved and ‘at home’ is the very much watchword.

“If fans hadn’t been able to travel, then our presentation wouldn’t have gone because it’s really important that you’re able to reflect and be part of the fans journey.”

“We’re doing it all remote,” said Jamie Hindhaugh, BT Sport chief operating officer, speaking to SVG Europe in the week leading up to the final.

“The presentation director will be sat in Stratford. We’re taking additional cameras to do our presentation and we also added some to give us that unilateral coverage, enabling us to pick out those fans that are travelling and allow us to tell our own story. 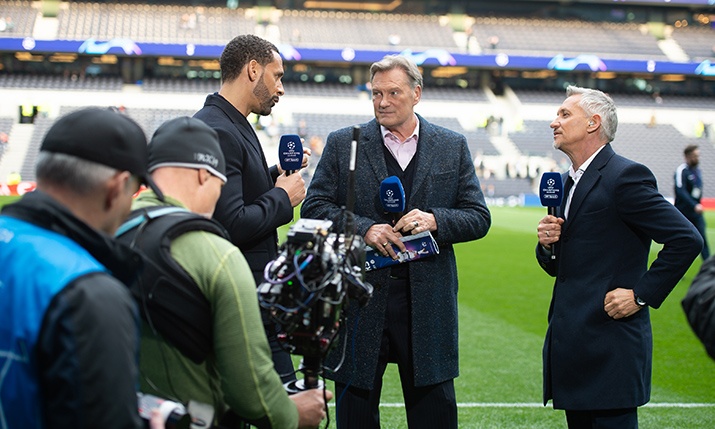 The decision to do on-site presentation was only made once Hindhaugh and the team were sure that Chelsea and City fans could attend the game.

“I’ll be really clear here,” he said. “If fans hadn’t been able to travel, then our presentation wouldn’t have gone because it’s really important that you’re able to reflect and be part of the fans journey, and I think people would understand that.”

The fans will be very much the focus for BT Sport, he added. “We will showcase their journey; the whole atmosphere, the fan camps and everything and, of course, this time it’s not going to be quite the same [because of COVID] so we’re having to look at much more creative ways of ensuring that we bring fans into our coverage.”

Mediapro is producing a dual HDR 4K feed and HD SDR feed which BT Sport is augmenting with camera positions of its own.

Three cameras will be used for presentation, two will be mounted on the gantries for fan close-ups, two reporter cameras will follow players and do interviews and two will be positioned near the goals for beauty shots. A Timeline Television truck will handle connectivity and contribution feeds from Porto.

“With the connectivity that we have in place, with so many different paths, we will deliver great coverage regardless of any challenges that come our way. I think it will be a fantastic event.”

Multiple outputs will be made available for viewers, including a 4K HDR Dolby Atmos version, an HD SDR version and a 60p high-frame-rate version that will be available on YouTube.

“You can only begin to imagine the schematics for all this,” jokes Hindhaugh. “It’s very, very complex.”

“The thing I am most proud of with our remote journey, however, is that we’ve managed to maintain quality,” he adds. “With 4K HDR, a lot of people aren’t doing it even with trucks on site, let alone in this new world [of remote]”

BT Sport is covering all bases when it comes to disaster recovery too with dual fibre plus a satellite feed.

“With the connectivity that we have in place, with so many different paths, we will deliver great coverage regardless of any challenges that come our way. I think it will be a fantastic event.”

In addition to the BT Sport 1 HD and BT Sport Ultimate channels, coverage of the Champions League final will be available for free at www.btsport.com/final, on the BT Sport YouTube channel, and via the BT Sport App for small and large screen devices, including PlayStation, Xbox, Samsung smart TVs and Amazon Fire.

The Champions League final takes place on Saturday 29 of May in Porto. BT Sport coverage begins at 6pm UK time.