Changing attitudes: Whisper’s head of production for sport, Karen Knowles, on the evolution of women in broadcasting 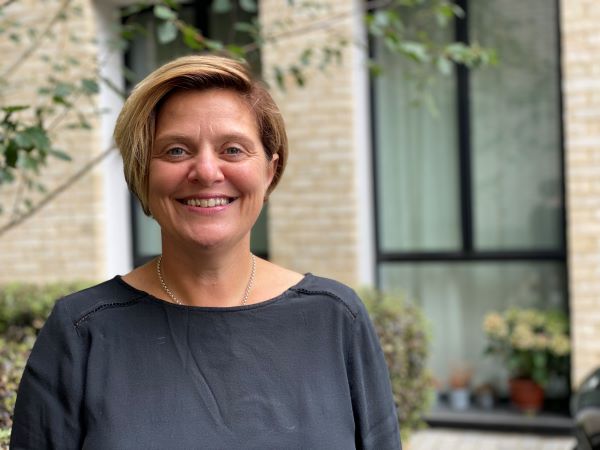 Karen Knowles is head of production for sport at broadcast company Whisper. She has come into the world of sport from the entertainment and factual genre, where she cut her teeth before following a colleague to Whisper.

Since she began her career, Knowles has seen a lot change in terms of attitudes towards people who did not fit the preconceived model of women in TV.

She says: “When I started in TV in the mid-90s, the entertainment departments were known for only employing certain types of people. I was a northern, gay female who didn’t fit that profile. I remember being told that I didn’t get the production secretary job on ‘Des O’Connor Tonight’ as I wasn’t blond!

“My mantra was to plough on through, though; work hard and be nice to people.”

On advice Knowles would give to other women looking to move into a role in sports broadcasting similar to her own, she says: “If you go into TV thinking that you are starting at a disadvantage because you are a woman, then you are on a path to fail. Even though I know I was the victim of preconceptions over the years, I just brushed it off and kept going.”

“Don’t ever think that you can’t ask for what you want and don’t ever doubt your own ability, strength and resilience; always trust and go with your instinct. Imposter syndrome is real, and women have to work in different areas and overcome this in their working environments,” she states.

“The draw to sports production is that it is fast moving, fast turnaround and high end; I just love the pace of it”

As to how Knowles first found out about TV broadcasting as a career, she says: “I remember being at school around the age of 13, and I loved English. I had pinned my hopes on being a journalist, so I went all out for that; writing short vinyl and concert reviews and sending them off to all of the usual music newspapers and outlets (as well as teletext!).

“Sports broadcasting wasn’t on my radar at that age, but I was a very keen sportswoman, with football, hockey and netball being part of my daily life.”

Knowles studied English and Media with Philosophy. She comments: “I was average in terms of academia so I focused more on getting work experience in print journalism and radio as soon as I left sixth form; I knew that my personality would open doors more than my grades.”

“That’s when broadcasting spiked my interest,” she adds. “I knew that I wanted to learn how to make programmes and I got an internship in London for one year post-university; they paid for my travel card every week and in return, they taught me how to make small radio features.” 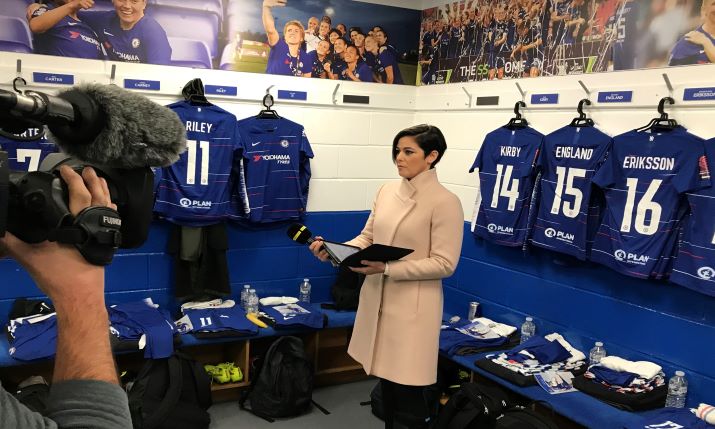 She got work experience at the Big Issue, Radio 5 Live and for the launch of Channel 5. Her first job came off the back of that launch, “with the Spice Girls and Steps in attendance!”, she notes.

“I was paid £170 a week as a runner on their daytime live magazine show,” Knowles goes on. “I loved it! I liked the variety of guests and items that we produced. One day you’d have a celebrity from ‘Coronation Street’ and the other day you’d have an item on dysfunctional dogs,” she laughs.

As Knowles’ career progressed she did more work in the studio and on live shows. “I worked in entertainment, factual entertainment and children’s for 20 years,” she says. “Sports output was an easy skill to transfer across in terms of production, even though the technical language used in sports broadcasting can be totally different.

“I always made sure that I worked on shows that had a good profile on primetime channels and I made sure that I was never pigeonholed into one genre. I have also moved around and worked at the BBC, Thames, plus a few indies. Working for different companies has meant that I have a breadth of knowledge that you only get when you have moved around and worked across the board.”

On her current role as head of production for sport at Whisper, Knowles comments: “My current boss Juli Porter and I worked together in BBC entertainment previously. We stayed in touch, we got on well and that was that!

“I was approached for this job as I knew I wanted to work for my boss, and Whisper was a production company that has a unique identity and work ethic in sports production.”

But, she adds: “Getting the job was the easy bit; the learning curves are steep in terms of management, legal, compliance and COVID.”

On those challenges, Knowles notes: “Making sure that you pretty much know what every person should be working on, but not micromanaging your team, is a challenge. I try to trust and empower the team. If things go wrong, everyone has each other’s back. We laugh, we work very hard, we care about the output and we care about the people that work at Whisper.”

Back to business as usual

During lockdown, while Knowles herself was not furloughed, other staff at Whisper were. She worked to support those people as well as continuing to do the day job.

Knowles explains: “We worked very hard to emotionally support the team during lockdown, including the ones on furlough. We always tried to keep remote production and editing moving along as part of the continuing production business. Our COVID protocols were watertight and we made sure that we filmed and edited as soon as it was safe to do so; keeping production moving – albeit on a tiny scale – was psychologically crucial.”

As live sport has returned after lockdown, for Knowles it is “business as usual, with the luxury of having the full team working again on all of the live and pre-recorded output”. This includes the NFL Show, Women’s Super League and Formula 1 for Channel 4.

She adds: “Our use of remote production techniques means that we could be out of the blocks very quickly and safely as soon as we were allowed.”

Remote production has been key to the return to broadcasting live sport, Knowles states: “Remote production has enabled live production to continue safely; we have fewer teams travelling around the world and we minimise the movement of our teams. The output hasn’t been compromised; we just have to plan our shoots with even more precision and thought.”

Whisper has adapted to the current working conditions quickly, she notes: “We have strict protocols in place for those that have to work in the office (delivering live output). For everyone else who is working from home, we talk regularly, communicate in team meetings and on the company WhatsApp, and have regular briefings.”

Knowles enjoys working on sport at Whisper, she concludes: “The draw to sports production is that it is fast-moving, fast turnaround and high end. You can deliver a full-hour documentary in just four weeks, which is incredibly fast compared to factual entertainment; I just love the pace of it.”