Cognizant teams with SailGP to create an immersive fan experience 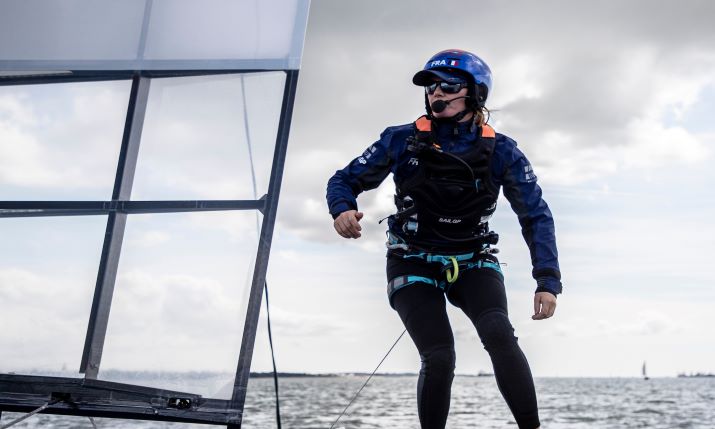 Marie Riou, member of the French SailGP team from Season 1

Cognizant has been named the Official Digital Transformation Partner of the elite global racing championship SailGP. The company will be charged with improving audience insights, enabling data visualisation and creating an immersive fan experience for the 257 million SailGP viewers worldwide. The move also aligns with SailGP’s Race for the Future purpose-driven agenda, championing a better world powered by nature, with a focus on accelerating a transition to clean energy.

To enhance the fan experience on the eight international sail grand prix event weekends and beyond, Cognizant will transform the SailGP website to be more dynamic, and in future seasons enhance SailGP’s mobile app as well. These enhancements will offer real-time updates on key performance metrics such as the athletes’ heart rate or the speed and distance of the boats.

“We are pleased to be SailGP’s Official Digital Transformation Partner, bringing Cognizant’s expertise in digital transformation and software engineering to the forefront of the first climate-positive sail racing championship in the world,” said Ursula Morgenstern, president, Cognizant Global Growth Markets. “Many of our clients are sailing enthusiasts. It is an honour to align with an organisation that has demonstrated similar growth and is committed to a sustainable future, as well as diversity and inclusion.”

SailGP is a member of the UN Climate Neutral Now Initiative and became the first championship in the sailing world to be certified as carbon neutral by reducing and offsetting its carbon footprint, as well as committing to being fully powered by nature by 2025. As a climate-positive sport, it works with host cities in implementing innovative solutions to mitigate climate change. SailGP also recently launched a programme to fast-track female athletes’ training and development for participation in the championship to advance gender equity in sailing.

Throughout the multi-year partnership, Cognizant will collaborate with Oracle in augmenting the capabilities of Internet of Things (IoT) technology operating on each of the eight SailGP F50 catamarans to inform decisions, improve performance and, ultimately, make the boats go faster. The F50 fleet is referred to as a ‘smart city on water,’ with each boat generating 30,000 data points per second – one of the most sophisticated IoT devices in the sports space.

“This is the second major global partnership that we have announced prior to our second season and we are thrilled to join forces with another like-minded partner that shares our commitments and values,” said Sir Russell Coutts, CEO, SailGP. “Starting today, Cognizant will actively participate in SailGP’s development and our Race for the Future purpose-led agenda, aimed at accelerating change to a cleaner and more inclusive future.”

Cognizant has announced a series of strategic sports sponsorships this year, including being named the title partner of the Aston Martin Formula One Team, a Global Partner of the PGA Tour’s Presidents Cup and a title partner of the LPGA Tour’s Founders Cup. Other initiatives include a strategic partnership with XPRIZE to fight COVID-19 through AI and a five-year, $250 million corporate social responsibility commitment to help create stronger, healthier and more inclusive communities as they emerge from the pandemic.

SailGP Season 2 kicks off on 24 April in Bermuda, when eight rival national teams from Australia, Denmark, France, Great Britain, Japan, New Zealand, Spain and the US will start an eight-event championship across three continents, culminating in a $1 million winner-takes-all race in San Francisco in March 2022.