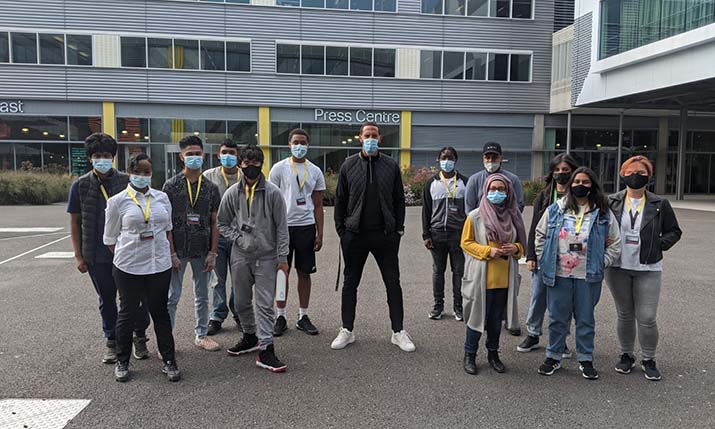 A short film created by students from Newham Sixth Form College is to premiere on BT Sport 2 at 18:45 on Boxing Day, as BT Sport Takeover returns.

Twelve students who had no prior experience of content production took part in an eight-week course to create the film, as part of an initiative run by BT Sport and hosted by innovation centre and co-working space Plexal.

BT Sport Takeover aims to teach students how to film and produce a television programme, to make TV production more accessible to young people and to provide a platform for students to showcase their work.

Jamie Hindhaugh, chief operating officer at BT Sport, commented: “We are proud to showcase the phenomenal work of these talented young people. Considering this was their first foray into television, the standard is very high; to produce not one, but three thought-provoking pieces, is nothing short of incredible.

“I would like to thank this year’s Takeover creators for their enthusiasm and dedication throughout the process. This is the second year of BT Sport Takeover. It is an important part of our commitment to encourage diversity in the broadcast industry and to give opportunities to the east London community within which we are based.”

Wiktoria, a Level 3 media production student, enthused: “What an incredible experience, eight weeks of pure fun and learning so much. Being in this environment and working on the floor of an actual studio on a professional video and shadowing staff, you don’t do that every day.”

Maria Kelesidi, media teacher at Newham Sixth Form College, said: “We are extremely proud of these students and what they have achieved with the project and we’re very lucky to be working with BT Sport, giving students this experience in a real working environment for two years running.”