Comment: Despite technological advances, linear will always be the best for sports broadcasting 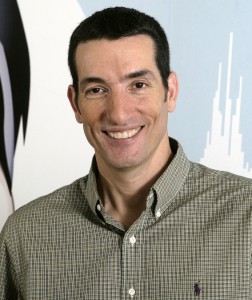 It was another phenomenal summer for British sports, encompassing rugby, cycling, cricket and the impressive victory by Andy Murray at Wimbledon, writes Mylan Tanzer (sports director, SatLink Communications). In contrast to the traditional black and white grainy newsreel images back when the last Brit won Wimbledon in 1936, today’s viewers are accessing exciting sports via their tablets, mobile devices and laptops as well as traditional linear TV.  With sports broadcasting continually developing on all platforms, it begs the question: what has changed and how will broadcasters keep up?

The last dramatic change came in the late 1980s and early ‘90s when, due to the advent of cable and satellite TV, dedicated sports channels began to appear virtually everywhere, taking the lead from ESPN, which launched several years earlier in the US. As the growth of channels increased exponentially, so did the demand for content. The vastly increased demand for content gave room for previously underexposed sports and leagues to gain new growth and development opportunities on new sports channels, who in turn created new viewing experiences and therefore grew and developed technologically and in terms of equipment, as well as creating services to cope with the demand.

Today we are on the cusp of another very interesting and no less dramatic change that will have a huge effect on viewing habits and on technological developments. We are seeing the introduction of Ultra HD as the successor to HD, while Smart TV possibilities and second screen applications for mobile devices, plus new services such as Over The Top (OTT), challenge the traditional TV model.

Although 3D was a massive milestone for broadcast technology, it hasn’t taken off in sport as much as predicted, with the advantages of the incoming Ultra HD highlighting this further. The BBC chose to broadcast the Wimbledon final in 3D this summer, yet two days after announcing this, the broadcaster also announced that it will put 3D broadcasting on hold indefinitely. Viewers are getting used to great quality which is only pushing the demand for Ultra HD, something that providers such as Satlink are very aware of and keen to grow with.

OTT viewing on mobile devices and tablets is also on the rise. On the last day of Wimbledon 64% of BBC Sport website visitors viewed the men’s final via their tablet or Smartphone. However, OTT is a revolution that is radically transforming the consumption habits for general content such as movies and dramatic or comic series. It is currently less dramatic in sports broadcasting, which will maintain a dominant linear component because, let’s face it, nothing beats the fun and passion of a live broadcast of a big game, especially on a 42-inch plasma in the living room or in the local pub or bar. Nonetheless, there is considerable demand for highlights and delayed content as well as second screen applications for utilisation during live linear events, which means that OTT will inevitably play an important role in sports as well. The major sports brands are already very active in this area and will continue to get stronger.

In terms of the future, Ultra HD and OTT will have an important and expansive role in sports but it won’t radically revamp it like in other content areas such as movies. Satellite technical distribution elements will always be the core driver for sports, as sports will always need the linear outlet. This is essential for the live broadcast of premier events.