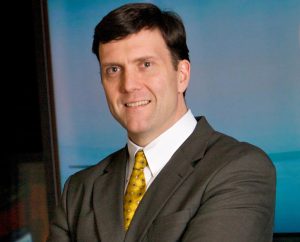 In broadcasting, cloud-based workflows have been in vogue for a number of years, and many technology companies are focusing so strongly on cloud deployments that it almost seems that the answer is cloud, but no one is sure of the question, suggests Telestream chief marketing officer Chris Osika. In fact, the $64 million question for the broadcast industry is: how cloud should figure in to the future?

According to Osika, very often the answer is not found in pure cloud. Whilst he sees cloud as an empowering technology for organisations of all sizes and in many different industry sectors, there is an absolute need for it to be employed strategically and judiciously based on real business need.

“Today, the cloud continues to evolve as companies’ use of it evolves. Workloads such as disaster recovery, HR, CRM are ‘no-brainers’ for cloud deployment,” Osika comments. “One of the key advantages of cloud is its ability to let entrepreneurial organisations match revenues to expenses and hence allow them to be more success-based in their growth.

“At Telestream, we see numerous core broadcast workflows that don’t transfer easily to the cloud, such as live transcoding workflows.  At the current stage of cloud’s evolution these are not optimised within cloud-based environments. We believe that working in a hybrid environment leads to a more efficiently optimised infrastructure environment.”

Today, broadcasters are under siege from agile competitors such as online video providers, who are much more cloud-centric. More recent entrants to the market can afford to take a more nimble cloud approach since they were established as greenfield installations.

In comparison, broadcasters have big legacy issues in their technology infrastructures. They cannot simply throw everything out and start from scratch, but this is exactly what their competitors can do. When applied to broadcasters, the supposed cheapness of the cloud – suggested to be as much as a 40 percent reduction in costs – can be a misleading assessment.  Broadcasters cannot look at the cloud in isolation as a cure-all, but instead must look in holistic fashion at each of the areas where the agility they afford makes cloud-based solutions the right answer.

Osika is a big supporter of cloud-based broadcast operations when used in the right way. “Cloud deployment can be disruptive to traditional broadcast business models in a number of ways,” he states. “Cloud significantly increases speed to market for new ventures. What used to take 90 days to get off the ground, now takes just a fraction of that time. In a fiercely competitive market where companies are fighting tooth and nail to win new eyeballs, bringing new products to market with speed is incredibly important.

“Cloud also significantly lowers the threshold for entry in terms of up-front costs. Once again, cloud-based launches represent a fractional cost since upfront infrastructure expenditure can be small. This makes companies’ business plans much more agile – they can take more risks, getting to market fast and relatively cheap.  This single issue can revolutionize business development strategies for traditional broadcasters.”

Thirdly, organisations can scale-up – and scale-down – their new operations very rapidly. Whether you are a broadcaster or a service provider, you have much more freedom and flexibility to change your business model. In a crowded market, you can get much more creative – and even experimental – with the way that you sell media products to your core audience.

“As a media company, cloud deployment can provide more flexibility in terms of the numbers and combinations of channels that you sell. As the head of a major traditional broadcaster this kind of business agility is critically important to be competitive in today’s market,” says Osika.

Transformation is a journey, not a light switch

Telestream believes that however appealing the cloud sounds, it is critical that companies employ the technology platform that best suits their workflows at the right time. The company’s solution models do not assume that customers will wholesale move all their production and distribution capabilities to the cloud at once. “At Telestream, we employ a flexible, conservative approach,” explains Chris Osika. “The cloud is valuable, but there are a number of potential weaknesses in cloud strategies that need to be factored into your decisions.

“Most customers are brownfield sites with considerable legacy infrastructure issues. We can help them along a path of sensible transformation.  Our technology does not require we advocate a wholesale infrastructure switch-out. Transformation is a journey, not a light switch: we act as a trusted partner and as such we would not help by suggesting that customers throw everything into the cloud.”

According to Telestream, private-cloud, virtualised data centres can be a first stage. Once business operations have been established and have proven successful, they can be transitioned to the public cloud. However, numerous large media entities are sufficiently uncertain about the public cloud that they have brought their operations back to private cloud.  It is helpful to employ technology like that of Telestream which can support workflows no matter where and how they’re deployed.

“There are lots of instructive lessons about cloud that have been learned outside of the broadcast industry – it is wise to observe these closely before making major strategic moves that will have a long-term impact on core business profitability, and even on the ability to survive in a fierce commercial market,” concludes Osika. “Telestream’s approach to the cloud is different from other companies in this sector: hybrid approaches afford flexibility to capture the advantages of cloud, while mitigating the constraints.  This approach allows for truly agile business strategies, accommodating all the variants of cloud, from public and private, and on-premise – which ever works best for an organisation.”