Commonwealth Games 2014: SVGTV readies itself for the Hampden roar 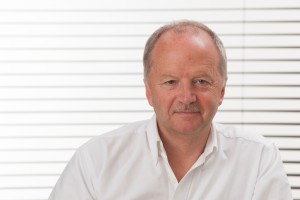 As anyone who has attended a football match in Glasgow will know, the city’s spectators typically make for passionate, enthusiastic and above all noisy crowds. It’s that excitement and atmosphere that SVGTV, a joint venture between Sunset +Vine and Global Television, hopes to capture and convey at the Glasgow 2014 Commonwealth Games this July.

Since December 2011, when SVGTV won the tender for Glasgow 2014 Host Broadcaster, the partners have been preparing to provide television coverage for 11 days of competition in late July and early August. SGTV is providing coverage from 19 venues in the Games, encompassing 26 different sporting disciplines in total, as well as the Opening and Closing Ceremonies at Celtic Park and Hampden, respectively. Although some events will be held in Edinburgh (diving) and Dundee (shooting), the majority of venues are in the Glasgow area.

In term of responsibility, Sunset +Vine is producing what the viewing public will see at home: filming, camera placement, direction, lighting and other OB duties. Global is responsible for the build and running of the IBC and making sure that the technology is in place to get the feeds from the venues to the rightsholding broadcasters.

When SVG Europe caught up with Gary Lovejoy, deputy head of production for the Host Broadcaster, he was watching the finishing touches being put to the IBC, which is situated on the banks of the River Clyde at the Scottish Exhibition and Conference Centre (SECC).

“Being a host broadcaster is different for us,” Lovejoy admits. “It’s different in terms of the timing and the simultaneous nature of it all, but when Glasgow 2014 awarded us the tender for the project, I think there was an expectation that the two companies would do what they normally do, and do it well.”

Since then, of course, we’ve had the success of London 2012, a yardstick in terms of sports coverage to say the least, but Lovejoy doesn’t seem cowed by the challenge.

“We shouldn’t be trying to make this like somebody else,” he says. “Global TV is an expert at delivering major international broadcast projects and Sunset + Vine as a group is known for taking events and making them fizz on screen, not just be live, but come alive. This is a British company working with an Australian company on the Commonwealth Games in Britain. We don’t want to make this like a Swiss company or an American company. This is ‘ours’.”

It’s not all been straightforward, though. “The presence of the World Cup has been a major challenge,” admits Lovejoy. “A massive number of the people we’ve got coming to work for us here are currently in Brazil working on the FIFA matches. We were talking to the first freelance staff at the beginning of 2013, more than eighteen months before the event was due to start. It’s a big decision, especially for camera crews and EVS operators with families: can they commit to being involved in two major events in the same summer? And the majority of the people we approached did agree to do both events.”

Lovejoy says that SVGTV currently has around 1700 accredited personnel, 250 of whom are students on the Host Broadcaster Training Initiative, while the majority of the professionals are outside broadcast crews.

“Since Sunset + Vine is a big user of outside broadcast trucks in the UK, week in and week out, it’s only natural that we tendered and commissioned all the OB facilities,” he continues. “That tender was wide open and was run over six months from the autumn of 2012 to the spring of 2013. The industry had its own problems in that period, so we couldn’t get everything nailed down during that time. We first considered Alfacam and SIS, but the final contract was awarded to NEP Visions, Telegenic, Arena and Videohouse, while our specialist camera services will be provided by Arial Camera Services (ACS).”

“26 sporting disciplines equals a lot of feeds, and a lot of the sports have got more than one feed,” continues Lovejoy. “So there’s a lot of it being produced and, as ever with multi-sport games, it all proceeds at the same time. I think, though, that the companies that we’ve got have very broad shoulders and a lot of experience at global level. We needn’t worry about their ability. Videohouse, in particular, is specialised in the use of RF, motorbikes, helicopters and experienced in the pursuing of road races, whether that’s marathons or cycling. So that was a natural fit.”

Videohouse is providing two helicopter Cineflexs and four motorbike cameras for the triathlons, marathons, time trials and road races. ACS is providing a host of specialist cameras for sports venues  including its robotic SMARThead remotes, which will be working overhead at the Boxing, Judo, Wrestling, Badminton, Squash and Table Tennis events. The Gymnastics will have six SMARTheads working overhead as well as a 30m horizontal Trackcam. Seven of the SMARThead remotes and four minicams are also being used for the Shooting. There will be 50m poolside and 60m overhead railcams, an underwater submarine tracking camera system called ‘Mobycam’, and two robotic underwater remotes for the swimming, while diving coverage will benefit from a ‘Divecam’ on a vertical track, as well as an underwater remote and four other SMARThead remotes. There’s a 115m track railcam for Athletics coverage, while a 7m vertical trackcam is to be used for Discus and Hammer events. Finally, two vehicles equipped with ACS roof-mounted cameras will cover the marathon.

In addition, Alan Wells Camera Services is providing a Spidercam and Towercam for the Opening Ceremony at Celtic Park, as well as two Towercams for Hockey.

Riedel is supplying all radio handsets and radio communication accessories – more than 6,000 radios – used in the lead-up to and during the Games, along with a terrestrial trunked radio (TETRA) digital network and a Motorola MOTOTRBO digital radio repeater system. Riedel said this would ensure outdoor street-level coverage at all official venues throughout the city and along the official cycling road race and marathon routes, as well as indoor coverage at Glasgow 2014 competition venues.

“The key thing is who is using the equipment,” says Lovejoy. “The vast majority of personnel are drawn from the British and Australian markets, both of which have a reputation for sports coverage. We have to do justice to that reputation – if we can achieve that it will make for a good Games on television.”

Lovejoy says the final hurdle, once everything is in place, is to capture the atmosphere. “We’re using places like Celtic Park, Ibrox and Hampden as our theatres. They are noisy places – you don’t stage quiet plays in those venues. Those that attend on a regular basis have a real passion for sport and that passion is going to be rolled out across the other tighter, newer venues, like the Emirates Arena and Sir Chris Hoy Velodrome.”

“The swimming is pretty intimidating because of its size,” he continues, speaking about the extensively refurbished Tollcross International Swimming Centre. “It’s not the biggest venue, but I think it could well be the noisiest. With that in mind, our challenge in Glasgow is to convey what will be, in a very positive, passionate way, the noise that we’ll get from lots of different sports, lots of venues and lots of excited spectators.”

“I think the only thing we can’t control is the British weather,” he adds. “There have been plenty of classic British sporting events staged in inclement weather, so it’s not going to spoil anything. But it would be great if it was sunny.”