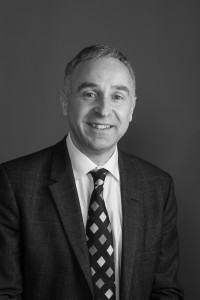 Following ITV’s appointment as Host Broadcaster for the 2015 Rugby World Cup (RWC), it issued a tender in February 2014 for the provision of connectivity services. SIS LIVE, in mid-2014, successfully won the bid for that contract. The agreement covers the opening ceremony at Twickenham on 18 September and 48 matches broadcast live, from 13 stadia across the UK.

“All grounds and matches will be covered with diverse connectivity from every site,” reports David Meynell, managing director, SIS LIVE. “On the busiest days there will be four matches at different sites active concurrently. All matches will be covered and delivered to both ITV and the IBC (run by IMG) using a variety of connectivity and transmission systems from every stadium.”

Meynell adds that although SIS LIVE is not required to install any fixed connectivity into secondary sites, such as training grounds, he fully expects the company’s SNG vehicles to be called to operate in any venue with a RWC connection.

In total, around 2,500 hours for the core host broadcast coverage are anticipated, but Meynell believes this figure to increase as additional feeds and extended cover are added during the course of the event.

“The project kicked off nearly a year ago with a dedicated team of SIS LIVE project managers and engineers, who specialise in delivering high profile multi-venue events across multiple broadcast systems including fibre and satellite. That team has been meeting weekly for the past six months to ensure a high level of service reliability.”

He says the demands have not only been technical, but also ensuring that multiple suppliers and facility operators are all coordinated and focused on meeting the, sometimes tight, timescales.

“The connectivity provided can carry everything for broadcasters, not just the video and audio, but also extensive comms including data and internet connections. However, we are not providing comms circuits for RWC as these are being carried by a different diverse route.”

Although SIS LIVE is limited in the detail it can share, Meynell says the fibre circuits are using Net Insight equipment and video circuits will be 150 MB/s JPEG 2000. Satellite is high bit-rate MPEG4. While SIS LIVE’s network can support uncompressed SDI video services for the Rugby World Cup, both JPEG2000 and MPEG4 encoding have been extensively deployed to make the most effective use of the available fibre and satellite capacity.

“The main challenge has been optimising the resilience of the overall system – both within individual paths and between paths. We have looked at and tested many different options and, we believe, ended up with a package that offers a security of service that is second to none.”

Every match, irrespective of site, has redundant paths which are system and physically diverse. The primary path is fibre with a satellite providing a secondary path. The major venues that are hosting the largest number of matches and the final stages of the tournament are also equipped with a third path supported over a microwave link. This system will be physically diverse from the other two paths in order to provide maximum robustness of service. Within every path there is a large amount of system redundancy with hitless failover systems employed wherever practical. It is not just the venues that have a high level of resilience; SIS LIVE has two NOC/teleports at geographically diverse sites to ensure that overall management of the services and networks is never compromised.

Looking to the future 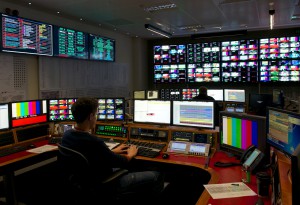 “Only HD has been requested,” confirms Meynell. “However, the systems we have in place are all 4K capable, and even if 4K isn’t used for the RWC the infrastructure will remain in place for future events which may be covered in UHD.”

He adds: “We have fibred venues that had little demand for them before the RWC, but now they have this connectivity we are sure the demand for it will justify the investment we have made. In fact, all fibre connectivity installed will be available for use in the years to come. For us, it means with our ever-expanding network of fibred sites and large SNG fleet, we will be the number one connectivity partner for critical media content.”

As well as being the Host Broadcaster, ITV is also providing the domestic coverage for its viewers in the UK. So, is there a different connectivity configuration for ITV as the UK broadcaster compared to ITV as Host Broadcaster? “Yes, for ITV as a broadcaster there are more paths with all active grounds being fed to the studio at the main match, whereas for the host broadcast service the connectivity is simpler with straightforward delivery to the IBC and ITV.”

All traffic is monitored and controlled at the SIS LIVE MediaCItyUK facility with the Milton Keynes teleport sitting across everything for backup. However, the paths to ITV and other Rights Holding Broadcasters are direct and other routing has been designed to ensure there are no single points of failure.

“In some ways the RWC is business as usual for SIS LIVE; it is just the scale and integration of services that makes it unique. In terms of facilities our MCR/NOC in MediaCity UK will handle most of the connectivity, monitoring and control the circuits, and we will have at least one SNG truck at every venue. The only new facilities are the additional fibres and the related equipment.”

Meynell’s teams is already testing the circuits and once active all fibre sites are monitored 24/7. Once the tournament starts there will be at least two SIS LIVE engineers at every event, arriving the day before with testing carried out on the day prior to the event , and on the morning of the event and immediately prior to the event. Should it be required, there is an extensive support network based at the SIS LIVE Milton Keynes site, and spares and additional engineers can get to any RWC venue in good time to resolve any issues.

In recent weeks, dock10, the media services provider based at MediaCityUK, has announced that The Peel Group has acquired SIS Limited’s 50 per cent shareholding in the business. So will the announcement mean additional equipment investments – and future developments?

“The SIS sale of their stake in dock10 has no major impact on SIS LIVE at all, although it does emphasise our commitment to critical connectivity for the media market and the focus of our management team is rapid growth into this sector. We have recently invested in additional fibre sites and equipment, and continue to look at opportunities to expedite our growth in this sector and add to our already significant infrastructure and market share. The major outcome and benefit to SIS LIVE of the dock10 announcement is the management focus on the core objectives of critical media content.”

Back to the upcoming rugby tournament, Meynell concludes: “The Rugby World Cup is the most significant sports contract in the UK’s 2015 calendar and we are delighted to showcase the unrivalled connectivity skills which have already made us a familiar presence at the country’s most high profile sporting venues and allowed us to roll out new fibre across the UK.”