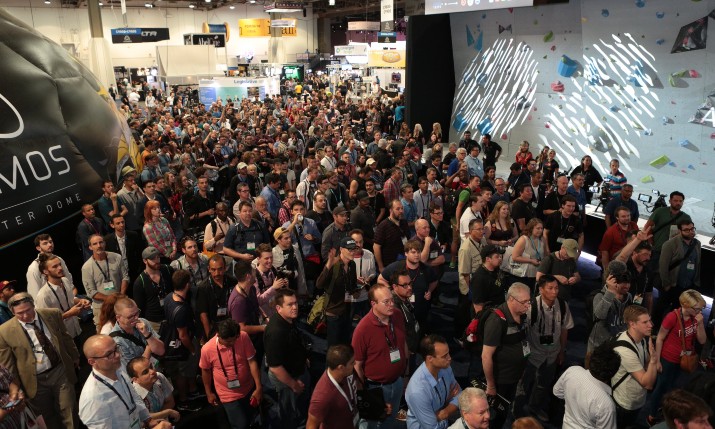 In what has been a tumultuous week for everyone around Europe, not just those working in sports broadcasting, the ongoing concern about the impact of the coronavirus outbreak has caused the postponement of both the NAB technology expo in Las Vegas and SVG Europe’s Football Summit conference in Berlin.

On Wednesday evening (11 March) NAB president and chief executive Gordon Smith issued a letter to the NAB Show community explaining that the show would be moved to a later date citing concerns over the spread of the coronavirus and COVID-19.

Meanwhile, SVG Europe announced on Thursday (12 March) that it had decided to postpone Football Summit 2020 and the accompanying eSports Focus until later in the year for the same reason.

The postponements follow the cancellation of South by Southwest in Texas, the postponement of BroadcastAsia and the re-scheduling of CabSat in Dubai and Prolight + Sound in Germany.

Similarly, major sporting events are being deferred or cancelled and various leagues and competitions are either being put on hold or playing matches behind closed doors due to the global pandemic.

“With the impact of the coronavirus being felt around Europe, the decision to postpone was made as a precautionary measure to mitigate the health and safety risk for everyone involved.”

NAB president Smith said of the postponement of the Vegas expo: “In the interest of addressing the health and safety concerns of our stakeholders and in consultation with partners throughout the media and entertainment industry, we have decided not to move forward with NAB Show in April.

“We are currently considering a number of potential alternatives to create the best possible experience for our community.”

The decision followed a raft of announcements from major exhibitors, including AJA, Adobe, Avid and EVS, that they wouldn’t be attending NAB.

The first NAB Show was held in 1923 in New York. The tech expo has become an annual pilgrimage for many involved in sports broadcasting and regularly attracts 100,000 visitors. More than 1600 companies were due to exhibit this year. NAB 2020 was due to take place on 18-22 April.

SVG Europe’s decision to postpone Football Summit 2020 and the accompanying eSports Focus was made with the health and well-being of delegates, sponsors, speakers and staff in mind, the organisation said.

A new date for the events will be announced in due course.

SVG Europe chairman Alessandro Reitano explained: “With the impact of the coronavirus being felt around Europe, the decision to postpone was made as a precautionary measure to mitigate the health and safety risk for everyone involved in the eSports Focus and Football Summit.

“At the same time, with many speakers and delegates now unable to attend due to corporate travel restrictions, it also takes into account our perception that the quality of the event can no longer be guaranteed. By making a decision now, SVG Europe hopes to also provide some certainty for sponsors, delegates and speakers alike during what is a very fluid and fast-changing situation.”

SVG Europe general manager Joe Hosken added: “It has become increasingly clear in recent days that asking people to travel during a global health crisis is not the right thing to do. The safety, security and good health of participants at SVG Europe events is of the highest priority.

Sporting events have been hit hard by the coronavirus outbreak.

LaLiga in Spain has been suspended for the next two round of fixtures while the NBA season has been put on hold in the US.

At the time of writing, UEFA was reviewing whether to suspend the Champions League and Europa League while England’s international friendly against Denmark at Wembley in March was expected to be cancelled.

The Indian Wells tennis tournament and the FIS Alpine Ski World Cup Finals in Cortina were both cancelled due to coronavirus fears.