Countdown to kick off: How Sportcast will cover the new Bundesliga season

Germany’s Bundesliga 2019-20 season kicks off tonight (Friday 16 August) with a game between Bayern Munich and Hertha Berlin. As usual, broadcast coverage is under the control of Sportcast.

In fact, since 2006, Sportcast – as a subsidiary of the DFL (Deutsche Fussball Liga) and as host broadcaster – has been producing, enhancing, distributing, and archiving all moving image material of the Bundesliga and Bundesliga 2. This makes it responsible for the media value chain of the DFL from signal production in the stadium to worldwide product delivery.

As a result, Sportcast is one of the major global producers of live sport in HD. The world feed is used by domestic and international rights owners as a live feed or for deferred coverage.

“Sportcast is also responsible for the entire infrastructure behind matchday-related realisation and for the delivery of the International Product Portfolio (IPP),” explained Henning Wenzel, head of corporate communications. “With the IPP, the DFL provides its media partners with a huge variety of video content from the Bundesliga, which is made available to the licensees via satellite, fibre, and file download.

“As the coordinating TV-media service provider, Sportcast oversees the entire value chain – from the production of the signal in the stadium itself to the worldwide product delivery to more than 200 countries.”

Plans for the new season 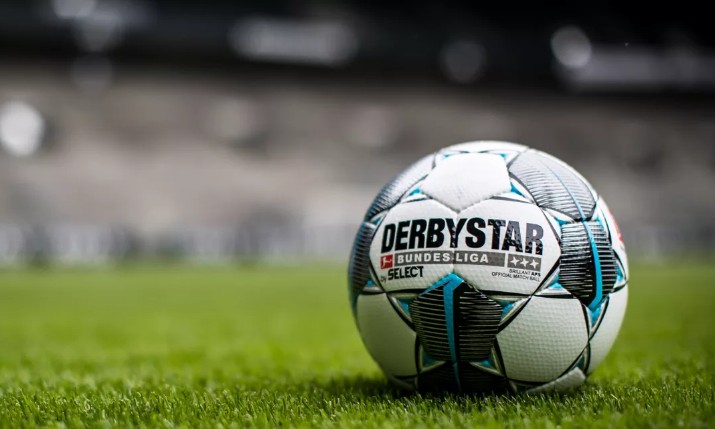 Sportcast is responsible for the TV production of all 612 matches in the Bundesliga and Bundesliga 2.

“Since the Bundesliga fibre network, which has been connecting all Bundesliga venues with the central production facility at the Cologne Broadcasting Center (CBC) since the beginning of 2015, was put into operation, the video signals of the Bundesliga have been transmitted via fibre,” explained Wenzel.

“From the 2019/20 season, also all stadiums of the Bundesliga 2 will be connected to the fibre network.

Each venue has a transmission infrastructure at the TV compound. In addition to the world feed, the fibre network is used to transmit further video signals and to make data services, communications, telephone services and internet at every production location. For the Bundesliga and the Bundesliga 2, this also includes the transmission of the tracking and event data collected by SPORTEC Solutions.

Wenzel continues, “All 306 matches of the Bundesliga will be produced with a minimum standard of 19 cameras. For the top matches of the league, a further two cameras are added.

Sportcast is actively dealing with future requirements, integrating the latest trends and developments, such as artificial intelligence (AI) and machine learning, in current processes.

“This includes the deployment of several special cameras such as aerial camera systems, polecam, 6-way high-speed SSL, beauty shot or players’ tunnel cameras. In addition, one match per matchday is produced in UHD.” 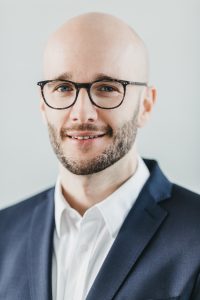 “By means of a structured innovation and technology management and the use of state-of-the-artproduction technology, Sportcast merges video and audio signals, data feeds and graphic elements purposefully, thus integrating innovative products and services live in the world feed,” said Wenzel. “One of Sportcast’s latest innovation is a corner flag camera, which provides viewers with a new perspective on the match. The prototype was developed within six months from idea to first time ‘on air’ and is used during selected Bundesliga matches.”

He says that the new season coverage will continue to feature DFL’s specially designed augmented reality graphics in connection with an aerial camera system into the world feed. “The applied fully UHD-capable system provides the opportunity to integrate graphic elements, such as club emblems, tables, or player profiles, into the live feed. Sportcast coordinates the contributions by providers of aerial camera systems.

“DFL Digital Sports, a subsidiary of the DFL, is responsible, in connection with netventure and Vizrt, for designing and programming the various graphics. The UHD-capable system is utilised during selected Bundesliga top matches and special events, such as the Supercup.”

Mention has already been made of the product delivery to other countries. But Wenzel is keen to say more about this part of the Sportcast operation for the coming season. “To promote the worldwide growing interest in the Bundesliga and to offer international TV partners added value, the DFL group provides its international partners with customised, self-produced formats. For this purpose, the international product portfolio is developed further and extended from season to season.”

“One of Sportcast’s latest innovations is a corner flag camera, which provides viewers with a new perspective on the match. The prototype was developed within six months from idea to first time ‘on air’ and is used during selected Bundesliga matches.”

“Most of the international formats are offered as ready-to-air content. For example, all live matches are provided with dual English commentary and international graphics. The same applies for Bundesliga Highlights Shows and most of the shoulder programming. In addition, the DFL provides localised opening sequences with Bundesliga titles. For some markets, localised TV programming is provided, plus localised digital content.”

The wide variety of formats, such as ‘Bundesliga Highlights Shows’ or ‘Bundesliga Weekly’ are editorially created by DFL Digital Sports. In coordination with the DFL, DFL Digital Sports is also responsible, among other things, for the development of digital platforms and the production and distribution of digital contents via media channels, such as web, app, and Social Media. In this context, it provides all contract partners with customised content for the market in question.

In addition to the live coverage and supporting programmes, Sportcast operates the German Football Archive, the largest digital football archive in the world. It contains all moving image material of the Bundesliga since 1963 in digitally processed form and can be accessed by all media partners.

“With the continuous processing of the constantly growing material stock, Sportcast is reacting to the incessantly changing multimedia challenges. In order to guarantee the most detailed categorisation of the image material, Sportcast is actively dealing with future requirements, integrating the latest trends and developments, such as artificial intelligence (AI) and machine learning, in current processes. In this context, technologies such as speech-to-text, face-, logo- and object recognition as well as audio analysis and football-specific data models play a decisive role in metadata creation.”

Wenzel concluded, “based on the “Innovationsspiel 2015” Sportcast, on behalf of the DFL and in cooperation with Messe Düsseldorf, this established “SportsInnovation”, the new technology- and industry platform for high-performance sports, in 2018. After the successful premiere, SportsInnovation is about to have its second edition in Düsseldorf on 25 and 26 March 2020, under the motto: “Meet the future of sports – media – stadium” and we look forward to meeting all interested parties at that event.”