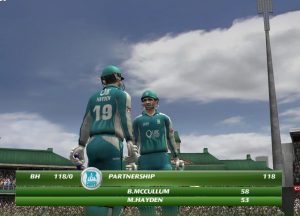 Cricket Australia is the latest organisation to tap into the power of AI and machine learning. Under a deal it recently inked with WSC Sports, the WSC platform will give the organisation’s digital team a chance to create more content and better content more easily.

Finn Bradshaw, Head of Digital, Cricket Australia, notes that video clipping is a slow and laborious process and was previously outsourced. “We actually employed an agency to do the basic clipping of key moments like milestones, session highlights, etc., while our team focused on the high-quality production content,” he says. “WSC’s automated video solution has saved our team both hours and their sanity!”

“We cover all cricket across the world, but, at the moment, our two key areas of focus are the Ashes, the biggest series in world cricket, and the Big Bash League, our domestic, franchise-based competition,” he explains. “We distribute thousands of pieces of content every week as we look after more than 25 social accounts, and much of the content is tailored to the specific platform they are published to. For example, we will cover a story differently for our Instagram accounts than we do on our Facebook accounts.”

Finn learned about WSC from a friend, Daniel Brusilovsky, who works for the Golden State Warriors. Brusilovsky gave him a live demo, and that pretty much sold him on the system.

Use of the platform for a new sport, according to Aviv Arnon, VP, business development, WSC Sports, begins with an analysis of what kind of events will be clipped and where those clips need to be repurposed. The system allows content to be personalised for fans of a specific player or team, and graphics and even commentary can be modified to fit different markets around the globe.

“We adapt all the algorithms to look for what is an interesting event in cricket by analysing every play and then defining what is a highlight and where it should go,” he explains. “We get a dirty live broadcast feed with commentary and then generate highlights from that content.”

The system is completely cloud-based, giving it even more flexibility because it can run in parallel to create more-customised highlights and clips. Partners like the NBA can use it to create clips from different broadcasts or camera angles, which are then automatically synched up.

“In the beginning, when we launched, people were skeptical how the system would work,” says Arnon. “But our track record dissolves those concerns because we have been doing it for various big international sports. We created a real-time system with quality-control processes, and all the checks and balances to provide full confidence in an automated system.”

The goal, he adds, is not to replace people but rather to allow the team, for example, to no longer need to log everything prior to creating a clip while enabling it to ramp up all content operations.

“This is the type of thing that can free up an editor to do storytelling and more-advanced content creation,” he says. “And it helps them scale and create tailored content for platforms like Facebook and Instagram and for different markets around the world. The same team that used to create just a few videos for social video can now create hundreds.”