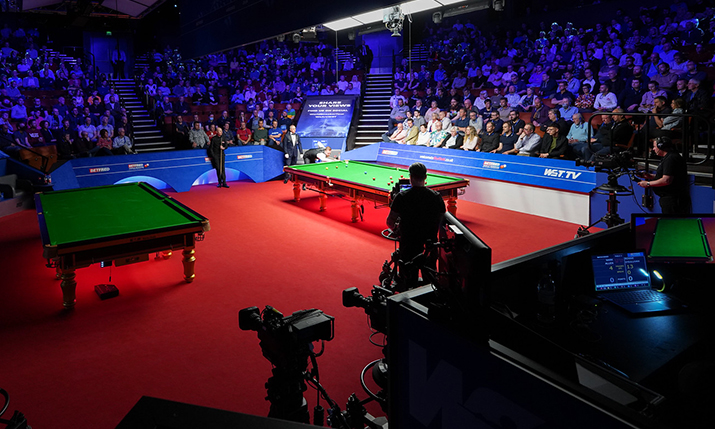 For the past two years, an important element of the World Snooker Championship has been largely absent: fans. Spectators were almost completely shut out in 2020, with just 300 allowed to watch the last two days of action and in 2021, the return of spectators was staggered as the tournament progressed.

This year, there has been a full return of snooker fans to the Crucible Theatre in Sheffield for the duration of the event. Alongside fans, production teams have also returned, with IMG opting to move away from remote production for this year’s tournament, which concludes on 2 May.

IMG executive producer Alison Witkover says viewers are likely to appreciate the return to normality. She says: “It now feels like we are able to get backstage and behind the scenes more than we have been able to do for the past two years, which will make a difference for viewers – and we hope that the TV audience will feel the tension and atmosphere as we build-up to the Crucible Final.”

“We did some investigation and analysis into whether remote production was the best route forward, having done it in 2020, when our studio was remote and we had very minimal presence on site. That isn’t really the way we wanted to continue.”

Snooker fans around the world will be able to tune into the IMG Productions Scotland-produced feed, with the production firm responsible for the UK Championships, the Masters and the World Championships. IMG provides the two-table match coverage which is sent out around the world plus all the BBC’s produced coverage, including its presentation, which is fronted by Hazel Irvine.

Across Europe, the tournament is streaming via discovery+ and available via Eurosport, which manages its own presentation. This year, Radzi Chinyanganya is presenting World Championships coverage for the first time after he was named as the broadcaster’s host for all three of snooker’s triple crown events. Discovery says it has also introduced more touch screen analysis than before, with Ronnie O’Sullivan set to join pundit Jimmy White, subject to his playing schedule (O’Sullivan was leading his quarter-final match at the time of publication). 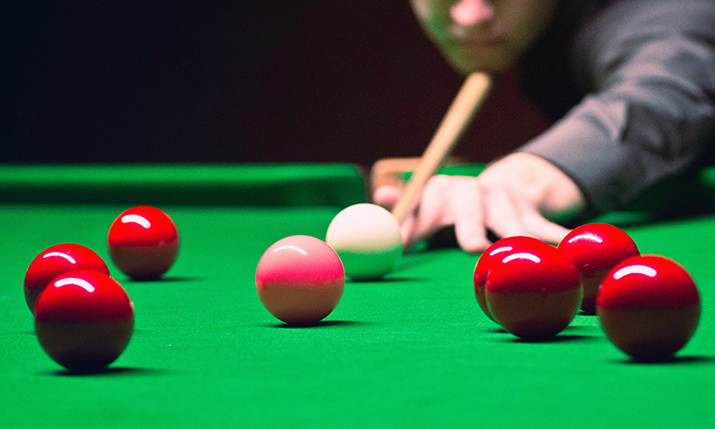 For Witkover and the IMG team, planning began before the season started, with feature content for the whole season filmed from October onwards. Additional content was produced before and throughout the World Championship, but rigging for the tournament only started about a week before the first match took place. And this year, that has meant a shift away from remote production.

“We’re more or less back to how we produced the coverage in 2019,” says Witkover, who has worked on the World Snooker Championships since 1998.

“We did some investigation and analysis into whether remote production was the best route forward, having done it in 2020, when our studio was remote and we had very minimal presence on site. That isn’t really the way we wanted to continue – we wanted our main presentation on site so that we have access to the players and can bring the unique Crucible atmosphere to life.

The decision to base staff on-site was made after careful consideration by IMG’s production executive.

“We did a lot of Albert (Bafta-led sustainability initiative) calculations and because it’s a long event and everyone comes and stays put for the 17 days, the sustainability side of it didn’t come into play so much because everyone is able to walk into work rather than driving in [to a remote production centre]. We also choose hotels that use certified green energy providers to minimise our carbon footprint. Because we are on site and we stay fairly locally, we have more flexibility with crew scheduling, which is more efficient than when we produced the coverage remotely.” 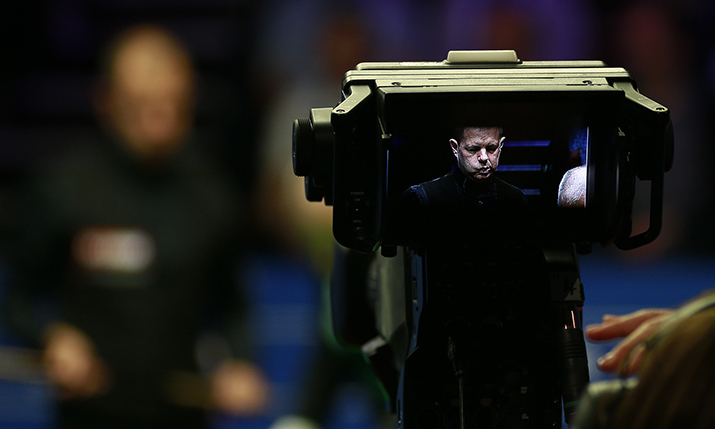 IMG is working with production services and outside broadcast firm NEP, which is providing the facilities for the host coverage as well as the BBC presentation, producing 168 hours of TV coverage for the BBC and even more for the world feed coverage.

The main BBC Studio is located in the Winter Gardens, which is approximately 500 metres from the Crucible Theatre. To connect the two sites, NEP has installed permanent fibres through the ducts that run through Tudor Square which separates the two locations. NEP Connect is providing distribution for IMG, BBC and the world feed.

Some 21 cameras are being used for coverage of the two tables, including minicams for the table pockets and PTZs for comm cams, overhead and beauty shot. After 12 days, when the tournament enters the latter stages and the second table has finished, some cameras will be relocated to provide shots of dressing rooms or backstage action.

“Traditionally, during the match, snooker has presented GFX on just camera 1, but we were able to take that brave step to have GFX available on every camera shot which has enabled us to put stats in at any time in the match.”

Last week, former world number one Neil Robertson bemoaned the “very cramped” conditions at the Crucible, and the lack of space is an issue for the production team as well as the players.

“We are always looking at new technology, but it is difficult – anyone who has been to the Crucible will know it is a very small venue and space is really tight so putting in extra cameras for example is really difficult, and everything has to be virtually silent because they play in such quiet conditions,” says Witkover. “So that is why we are going down the analysis route to enhance things.

“We have a new graphics provider this year and have added a lot more stats. Former World Champion, Shaun Murphy, has joined our commentary team and we have some flexibility with our lineup so our hope is that as players may join us once they are no longer in the tournament and this brings even more insight into the coverage,” says Witkover.

“Traditionally, during the match, snooker has presented GFX on just camera 1, but with IMG and approval from BBC Sport, we were able to take that brave step to have GFX available on every camera shot which has enabled us to put stats in at any time in the match,” says Nev Appleton, director and co-founder of graphics provider Moov, which developed bespoke software for the on-site logging of match statistics. 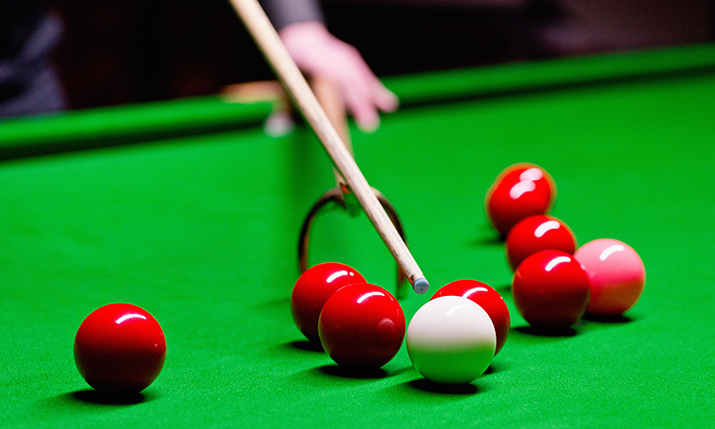 This year, a third telestrator has also been added to enable more analysis from players. This is in addition to the two telestrators on the tables. “We feel we can get more value out of our analysis by giving the experts the tools to explain the intricacies of the sport more clearly,” says Witkover. “A simple line or circle around a ball can really help and we’re constantly reviewing and adding tools to the telestration application to enhance this even further.”

Moov provided a tablet for use by the pundits. “The team can inject that into the live coverage and presentation sections between matches,” adds Appleton. “It looks like Shaun Murphy and Steve Davies have been doing it for years; the process is really refined, and the pundits have provided some great analysis to explain to both knowledgeable viewers and new snooker fans what is going on with particular shots.”

The 2022 World Snooker Championship concludes on Monday 2 May.