CTV Outside Broadcasts has announced that months of working on a comprehensive makeover and technology update to truck OB 9 has resulted in the vehicle returning to the fleet. 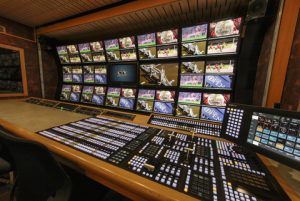 OB 9 was originally constructed in 2006 and has remained a reliable and popular truck since then, being the mainstay of CTV’s yearly major light entertainment shows and ad hoc sports events.

Angela Gibbons, commercial manager at CTV OB, commented: “It was time to give the still modern internal layout a new cosmetic lease of life for our clients. With requests for UHD HDR live and recorded outside broadcasts still gathering pace, the most sensible technical build strategy was to accept the financial uplift to accommodate these formats [despite CTV already fielding three other native UHD HDR supersized trucks] as interchangeability of our units is key to our scheduling flexibility. The new OB 9 is able to support or replace our other UHD units on their contracts.” 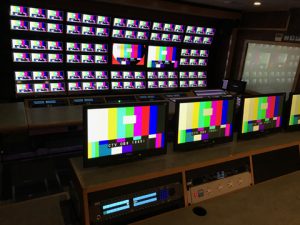 Gibbons added: “Our decision to stay with SDI technology in this truck was for several reasons. We have a wide group of freelance engineers who operate this truck when our staff are not available, who are familiar with our application of SDI technology, but expecting these engineers to deal with guaranteeing an IP-based truck – should they be hired one or twice a month to – was considered a tall order when that technology is still in its infancy.

The walls, floors and the ceiling of OB 9 were stripped bare to enable a fresh cosmetic contemporary look similar in design to CTV’s other supersized scanners, while on the technical front the Sony XVS Switcher has 160 inputs and multiple Disc recorders each capable of full UHD and HDR.

In addition, the company has invested in a new Calrec Artemis audio mixer has been installed with a full Dolby Atmos production and monitoring set up.

OB 9’s first event was at the heart of The Open in Carnoustie for NBC Sports.