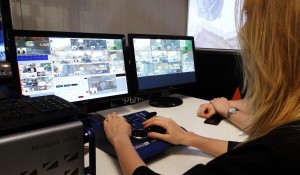 Cybersport is winning eyeballs across the globe. Analysts estimate that it will gain parity in viewing audiences with regular sporting events by the end of 2018.

“And no wonder, besides the magnetic attraction of gaming, an average person without outstanding physical abilities can easily become a top cybersport performer,” said Yegor Voronin, General Manager of Moscow-based production company, LiveSignal.Ru. Voronin was speaking after the announcement that his production company has selected Slomo.tv to provide its Blackjack AT/3G replay servers for this summer’s Warface Championship, one of Europe’s leading cybersport events.

LiveSignal.Ru, the broadcaster of the Warface Championships in Moscow, has selected Slomo.tv’s Blackjack AT/3G servers to provide all replays during its programmes. “Slomo.tv was the obvious choice for cybersport replays: powerful, easy to operate and compact, it fulfils all our needs and allows us to make significant savings in equipment and staff costs,” explained Yegor Voronin.

Also, a built-in multiviewer function of the Blackjack AT/3G enables the broadcast’s editor to sit alongside the replay operator and monitor in real-time the entire game, quickly and efficiently creating replays.