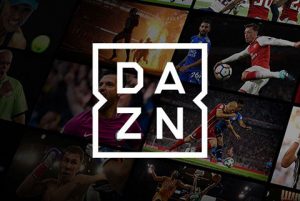 Sports streaming service DAZN has opened a new development centre in Amsterdam, a move that it hopes will eventually create as many as 300 new jobs.

The new office, in the Grachtengordel area of the city, will become home to DAZN teams dealing with R&D and Innovation, Acquisitions and Retention, and Third Party Integration. It will initially employ 90 people before ramping up to 300 by 2022.

He said: “The global sports industry is ripe for disruption and DAZN is leading the change. The ability to hire world-class software engineers, development managers and scrum masters at a speed that can match the pace of our growth is essential to our business.

“We looked at several global locations, but nothing came close to Amsterdam for its infrastructure and the ability to attract the best global tech talent.”

DAZN currently employs more 1200 around the world. It claims to have hired as many as 750 people in the UK this year alone.

Florian Diederichsen, chief technology officer DAZN, added: “We are already live in seven countries across three continents and have software developers creating a market leading product in the UK, Poland and now the Netherlands.

“The new development centre is an important milestone in DAZN’s journey to become the world’s biggest sports broadcaster, with the best sports streaming product in the market.”

“The ability to hire world-class software engineers, development managers and scrum masters at a speed that can match the pace of our growth is essential to our business.”

Welcoming the investment by DAZN, Jeroen Nijland, commissioner NFIA from the Dutch ministry of economic affairs added: “The Netherlands is renowned for its creativity and is located right in the heart of Europe. Great access to an English-speaking talent pool and strong international transport connections, make that the country offers an excellent climate for foreign firms looking to expand and thrive.

“DAZN choosing Amsterdam highlights that we are fast becoming one of the media and broadcasting centres of the world and we see DAZN as a great addition to this flourishing hub.”

The DAZN live and on-demand streaming service is currently available in the Germany, Austria, Switzerland, Japan, Canada, Italy and the US.

The Perform Group, the company that owns and operates DAZN, hopes to make the service available in 20 markets by 2022.

DAZN will make more information available about its Amsterdam recruitment drive at http://engineering.dazn.com