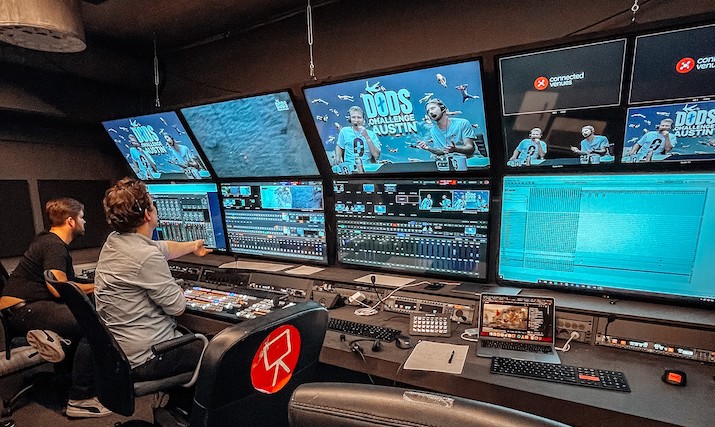 Death diving, or Dødsing in its native Norwegian, is a relatively young sport, starting in Norway in 2008, primarily for fun. Since then, it’s grown to become popular across the Nordics and even as far afield as the US, where the Døds Challenge recently rolled into Austin, Texas, for its first event outside of Europe. With this growth in global audience, the International Døds Federation decided to live stream the event on YouTube, relying on Vizrt’s new Viz Now automated deployment solution for cloud-based live productions to deliver the action in a compelling and cost-effective manner.

Asked to explain the idea behind Døds, Vegard Elgesem, CEO at Trippel-M Connected Venues, which works with the International Døds Federation to provide coverage of the events, says: “The main difference between this and cliff diving is that it’s more of an expressional sport. What that means is that it’s not only about doing the perfect jump but, a little like snowboarding, it’s about expressing a feeling or more of yourself in the dive.”

To take part, participants launch themselves from a 10m-high platform and perform a variety of stunts, holding poses for as long as possible, before they tuck into a tight curl before hitting the water.

Explaining the evolution of the sport, Elgesem recalls: “First we were seeing kids in Norway doing Døds diving from lakes and diving towers in the country, but we also saw it growing in Scandinavia.”

This led to the creation of a cup tournament across the region, with the Døds Challenge visiting Denmark and Sweden as well as Norway in previous iterations. Since then the sport has also grown in popularity across the globe, with the US leading the way. The International Døds Federation therefore saw the opportunity to add a US event to the Challenge, with the first event taking place in Austin on 18 June.

“The thing that’s very tied into this sport is the video communication,” continues Elgesem. “The federation is trying to develop a way of communicating to their audience, which is quite a young crowd and, of course, the simplest way to get there is through a YouTube show. So they’ve been doing YouTube shows where they have a green screen and they’re shooting that simple stuff that is quite accessible to anyone.”

For the US event, the federation wanted to bring its production values up to the next level and provide a rich viewing experience for audiences but, at the same time, make it as easy as possible, cost effective, and sustainable for its global production crew, which is where Trippel M Connected Venues and Vizrt come in. Perhaps as would be expected, though, there have been challenges to overcome.

“The significant difference between this and regular television production is that the budgets are way smaller,” he explains. “It’s a small organisation still, which means that we can’t put too much resource into it. But this is where we see that Viz Now has a very important benefit. We knew already that cloud production and virtualised production will give us flexibility when it comes to the financial side of it. We can spin things up when we have income, then turn it off when we don’t. It’s very flexible in that manner.

“But the experience that we had for quite some time is that setting things up, connecting to the cloud and so on, took quite some time. So, when Vizrt suggested that we would run Viz Now, this was a very good use case for us because I’m able to set the cloud infrastructure up myself in minutes. I just basically say ‘OK today I’m going to have a switcher, audio mixer, replay system and some intercom’, and then I click and when I hit deploy it’s just running it all itself.”

As Elgesem says, it’s a far cry from previous days “when we had Excel sheets managing IPs, passwords and things like that, but that’s what Viz Now sorts. It’s able to spin it up, I can easily take out the credentials for each and every machine and just pop them up on my monitor wall and I have all the systems that I need.” 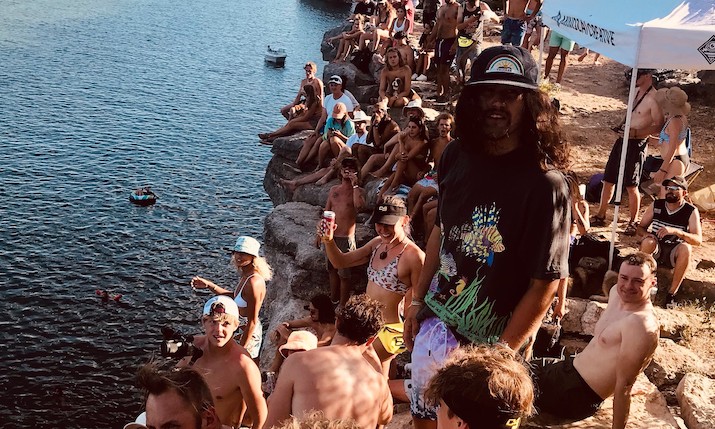 Drawing the crowds in Austin, Texas

Not nervous at all

Trying out a new solution at a new event could understandably cause some nervousness, but it seems this wasn’t the case.

“Even though Viz Now is a brand-new solution, the products within it are not. People were questioning whether we were going to make this first Døds production in America with something that’s essentially beta software. But the answer is, ‘no, we’re not’.”

While the deployment tool is beta, the production tools are proven. Tripple-M Connected Venues remotely produced using Viz Vectar Plus for video switching, 3Play by Viz Now for replay, Harrison Mixbus VBM for audio mixing, and Telos Infinity VIP for intercom, all connected via NDI and using free NDI tools, including NDI Remote and NDI Bridge, all running on AWS, to successfully unite the distributed live production.

“We have a big NDI structure back home [in Norway] and we’re basically just expanding that NDI infrastructure to the cloud,” he adds. “With the NDI Bridge tool I can see all the sources I have in the cloud, select each one of them, run them and everything just fits in. It’s very, very simple. There’s a ton of those small challenges that I just don’t have to deal with any more. I don’t think that it’s about the big complex things, the heavy lifting there has already been done, but it’s all these small things that just it solves for us in a very nice way.”

The remote production also featured three cameras with LiveU systems in Austin. Media processing was handled by the Amazon date centre in Frankfurt and the director, production staff, producer and commentators were located in Oslo.

“It’s the Viz Now element that allows us to do that,” adds Elgesem. “It makes the cloud accessible.”

He specifically highlights the ease of setup as creating opportunities for smaller sports that don’t necessarily have huge budgets. “The ability to turn my infrastructure on and off helps me manage my cloud costs, which I think is the major worry for media companies and broadcasters,” he explains. “Here you don’t have huge amounts of equipment and advanced engineering, it’s one button that turns everything on and off.”

The sustainability benefits of this setup are also of interest to Elgesem, especially as the Texas event was held in association with an American cliff diving week which also includes trekking up the Colorado River to cliff dive but also to gather rubbish to clean up the river.

“The environmental aspect is going to be quite important moving forward. We’re working always with locals and they’re using intercom on their phone, using their own cameras; the environmental impact of the whole production is basically driving out to the site, which is outside of Austin, and the time that you’re running the machines in the cloud.”

“When we can elevate our production value, audience satisfaction skyrockets and it increases the likelihood of more viewers being exposed to and engaging with our content,” says Stine Brun Kjeldaas, managing director, The International Døds Federation. “Working with the cloud also helped reduce our carbon footprint as we had no need to ship hardware, or people down to Texas where the event took place, allowing us to do more of this type of production in the future, in a sustainable way.”