Sports Video Group Europe is very sad to announce that our Audience and Digital Development Manager Tim Frost passed away on Sunday 10 December. 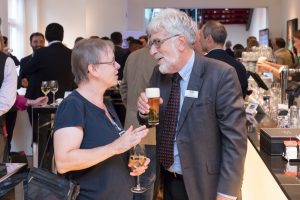 Prior to becoming a journalist and editor in business publishing, Tim worked in the pro-audio sector for Harman in its sales department. Then, talking the brave step to become a freelance writer and contributor, he embarked on a career working on a range of technology magazines for United Business Media (UBM) before becoming Editor of One to One magazine, the market-leading B2B title serving the recorded CD and Optical Disc market.

During his tenure One to One went from strength to strength across print, digital and events. Tim’s inquisitive mind and appetite for all things technical ensured that he embraced the transition to digital before most in the business publishing industry.

His career seamlessly shifted from print to digital when he became Digital Director for the NewBay Media stable of B2B brands, following the acquisition by NewBay of a group of UBM titles including Installation, Music Week, Pro Sound News and TVB Europe.

Following Tim’s departure from NewBay Media he latterly worked in a dual role of Audience and Digital Development for SVG Europe. He continued to make friends and earn respect wherever he went.

His strengths lay in his possession of a keen intelligence allied to a sense of humour and humility that enabled him to seamlessly fit into a new team. He also understood implicitly the journalistic demands of deadlines and delivery schedules involved across both news content and event hosting as an integral part of the SVG Europe team.

Tim was a dedicated family man and devoted husband to Lin, his wife, and his three children. We will all miss him enormously.