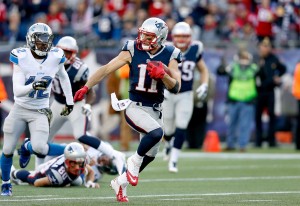 Deluxe will deliver select NFL regular season games (up to seven games per week), all playoff games, and the Super Bowl, one of the world’s largest sporting events. The technology has the capability to distribute the regular season games simultaneously and the capacity to extend to additional games simultaneously as required by the NFL and MP & Silva. Deluxe will also deliver NFL RedZone and other NFL content and media assets for use in highlights packages.

The games will be managed and delivered by Deluxe’s Broadcast Delivery Network (BDN), a software-based content delivery platform that enables high quality video delivery and control of any live broadcast stream – including 4K – to any Deluxe-registered destination point. The BDN has industry leading security and delivers resilient, high-quality video signals across the globe. Deluxe’s global media centres monitor and manage all broadcasts to ensure the highest availability of content for audiences worldwide.

“Deluxe’s technology enables the NFL to bring our games to our existing and future European fans in a high quality and cost-effective way,” said Jeff Lombardi, Senior Director – International Operations of NFL. “I have seen the quality and reliability first-hand from our offices at NFL Films using Deluxe MediaCloud.”