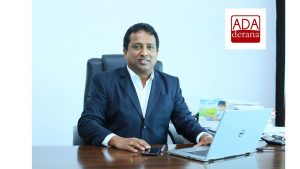 Madhawa Madawala, executive director and COO, at Derana TV, said, “Choosing LiveU has been an extremely smart and strategic decision – equipping us with a technology that can travel places with us. We have a news team of 100 people geared to deliver the most accurate and timely information and LiveU’s contribution to this has been massive. We, as a media channel, constantly look for technologies which make our workflows and life, in general, easier. LiveU has surpassed our expectations and helped us reduce production costs.”

Puritha Wijewickrama, general manager IT at Derana TV, added, “Our channel – or any media channel for that matter – is ever-growing because, fortunately or unfortunately, we never run out of news. In such a scenario, it’s imperative that we’re equipped with the best to stay ahead in the industry.

“The support provided by LiveU has always been great and we can also rely on its robust technology, which has never failed us. We plan to use their LU600 HEVC units widely during the upcoming election to provide a compelling experience for our audience.”