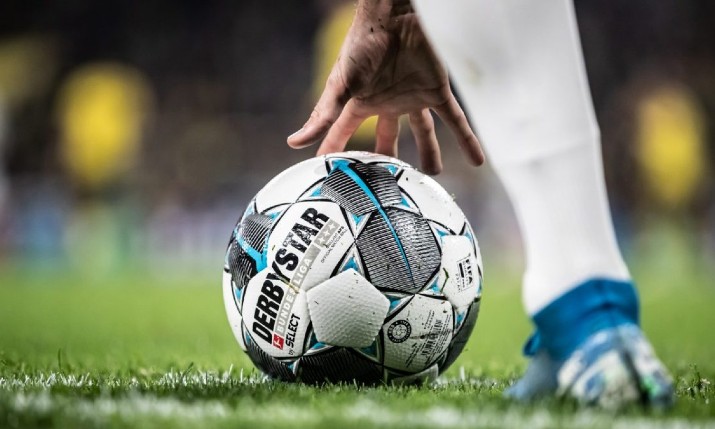 For the new season, the Deutsche Fussball Liga (DFL) has expanded its International Product Portfolio (IPP), including live graphics and highlight clips as part of all Bundesliga 2 transmissions for the first time.

DFL can now provide an enhanced live signal for all Bundesliga 2 fixtures of the season using artificial intelligence and streaming technology. Graphical information, such as team lineups, the current score, or overlays playing back scenes such as goals or showing penalties and statistics are automatically generated and displayed in real time. This is accomplished by using comprehensive match event and tracking information which is collected in Bundesliga 2, as in Bundesliga matches, with the support of Amazon Web Services (AWS).

The workflow behind this service is entirely new: Sportcast streams the Bundesliga 2 base signal into the AWS cloud, where match data collected by DFL subsidiary Sportec Solutions is added as graphics automatically. While in the past media partners had to invest significant effort to create team lineups, player names or graphics of match stats to add to the transmitted signal, these production processes can now be automated and performed centrally in real time by DFL.

At the start of the new Bundesliga 2 season, several international media partners in 47 countries made use of the offer. Among others, viewers of ESPN in the US and OneFootball in Brazil will be able to watch the correspondingly upgraded live stream.

Highlights clips generated automatically are also available in Bundesliga 2 productions. Having demonstrated its practicability in Bundesliga fixtures with guidance provided by DFL subsidiary DFL Digital Sports, the technology developed by Israeli specialist WSC Sports is now used in productions of various IPP media formats of Bundesliga 2 matches on a regular basis as of the 2021/22 season. For example, media partners can add overlays showing automatically generated repetitions of relevant scenes during a match. Within a few minutes of the final whistle, match summaries of various lengths generated by artificial intelligence are available.

The Social Media Matchday Feed has also been applied in Bundesliga 2 after being introduced successfully for Bundesliga fixtures during the past season. As an additional feature, sports rights owners are given the option to have clips made for their specific markets. For example, they can specify preferences for clips during a match (such as tackles, saves or goals) or scenes showing specific players. These and many other content formats for use in reports before and after a fixture are all implemented using WSE applications.

All 306 seasonal fixtures of Bundesliga 2 as well as both Bundesliga 2 relegation matches against Liga 3 are produced in Full HD. While the new service is optimised for OTT and streamed delivery, international media partners may also incorporate it in their linear TV broadcasts.

The IPP is DFL’s portfolio of Bundesliga video footage and social media content for its international media partners. It includes live transmission of all Bundesliga fixtures with English-language commentary and graphics, editorial formats for television and digital platforms, highlights, interviews, show formats in English and Spanish, and many other features.