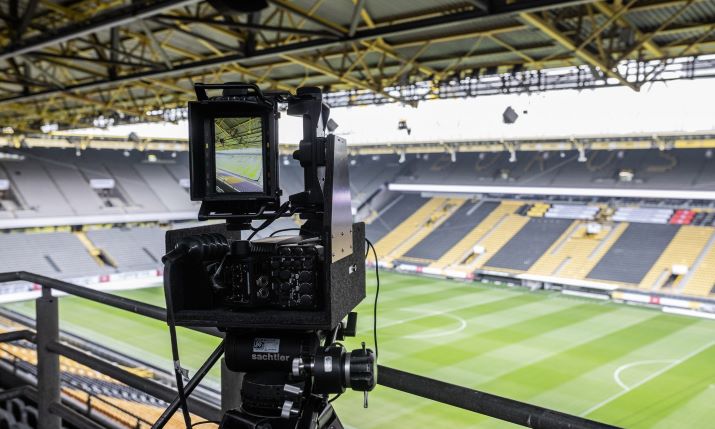 When fans around the world tuned in for the first Klassiker of the season on 17 August as Borussia Dortmund and FC Bayern Munich went head to head in the DFL Supercup 2021 at Signal Iduna Park they were able to enjoy a number of technological advancements, including the option of a vertical video format.

The match, a 3-1 victory for Bayern, was shown in 9:16 for the first time, as the German Football League (Deutsche Fußball Liga – DFL) media partners ran (SAT.1 in Germany) and OneFootball in Brazil offered this new video broadcast via entertainment platform TikTok.

In addition, Sky Sports offered its UK and Ireland consumers the opportunity to watch the match in 9:16 via its app.

Nikolaus von Doetinchem, vice president of OTT and media rights for OneFootball, said: “As user behaviour is evolving and the consumption of live football on mobile devices continuously increases, it was only a matter of time before dedicated 9:16 live broadcasts were tested and implemented.”

Andreas Heyden, executive vice president digital innovations for the DFL Group, said: “Any Bundesliga innovation starts with our fans and customers. Data is showing that the consumption of vertical video is rising on a global level and especially in young target groups. Together with our network of global broadcasters, the rationale was clear: taking the next step in enhancing the media offering to fans optimised for mobile consumption on digital platforms.”

The DFL was the first football league to test 9:16 picture formats optimised for mobile devices in 2019.