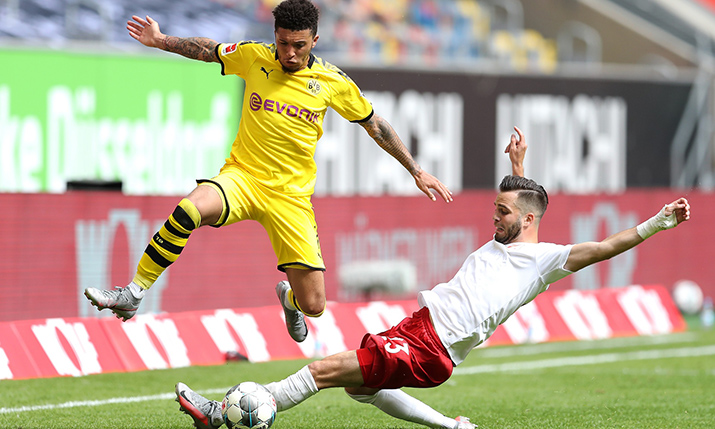 DFL to offer streams of its live programmes, including Bundesliga

Deutsche Fußball Liga (DFL) has announced that for the first time, live programmes of its international product portfolio will also be available as streams from the 2020/21 season onwards.

The DFL announced the launch of its new streaming service with the beginning of the new season on 18 September with a full slate of Bundesliga live games available globally. Fully managed AWS Media Services enable DFL to automate content encoding without having to invest in new hardware or human resources.

International licensees will be able to use DFL’s Customer Service Tool to book the relevant streams for Bundesliga matches, with DFL generating a URL through which the international licensees can access the streams in HLS and Dash, thanks to AWS and system integrator and AWS partner, Logic Media.

“Limited bandwidth and fixed hardware were restricting the DFL’s ability to move quickly with the markets they want to address, the broadcasters they want to address and the way they wanted to address them,” said Rene van Koll, solutions architect, AWS Media Services. “With the addition of a customer-centric offer built-on AWS, they can grow the brand, support sponsors, and increase its audience.”

AWS Elemental MediaLive will provide DFL with flexible capacity for encoding, independent of resolution or codec requirements. The fully managed service will enable the DFL to implement encoding without having to invest in new hardware to do so, avoiding lengthy integration and upgrade cycles.

To supply AWS Elemental MediaLive the needed inputs, DFL will use AWS Elemental MediaConnect to transport high-bandwidth mezzanine video streams securely through encryption, providing DFL with the flexibility to perform tasks that are common but not necessarily easy.

On the output side, DFL will use AWS Elemental MediaPackage as an origination service to generate all the proper types of Adaptive Bit Rate (ABR) outputs to suit the full range of media partners’ and their viewers’ end user devices, such as smartphones, computers and large screen smart TVs, without needing to increase the encoding workload.

Meanwhile, all the content generated with AWS Media Services is served out to Bundesliga licensees using Amazon CloudFront. This global content delivery network works in combination with AWS Elemental MediaPackage to bring content to the league’s customers. With the one click set up option for Amazon CloudFront from AWS Elemental MediaPackage, DFL and Logic Media can configure the CDN with all the appropriate settings and see results quickly, while still being able to tweak settings to their liking later for specific use cases or a spike in online user demand.

“Using AWS Media Services and Amazon CloudFront, distribution can be accomplished in a matter of seconds,” said van Koll. “This will not only save the DFL time, but it will also bring the league the flexibility it needs to take its live streaming efforts to the next level of two-way interactivity and greater access to the entire world.”

“The DFL has added a very flexible infrastructure to its international broadcast ecosystem one that allows them to react quickly to changing business models and customer demand in different parts of the world,” added van Koll. “Cloud-based operation is the future and it is happening today. Broadcasters tend to migrate this way in order to keep up with consumer demand. Fans wants immediate response and this type of cloud-based infrastructure facilitates that nicely.”

DFL will create the international media products for all aspects of the Bundesliga matches, feeding the corresponding video signals into AWS for automatic processing and encoding using a variety of AWS Media Services. From that point, Cologne Broadcasting Centre (CBC) will use Logic’s ‘Portal’ to simultaneously control and monitor the event-based live streams, with up to 13 channels being launched each match day, controlled by the operators at CBC.