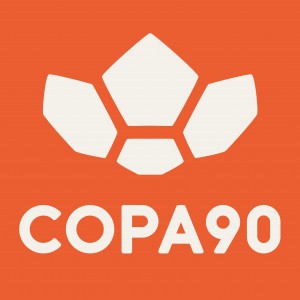 UK-based digital network BigBalls Media is poised to overtake ESPN by volume of unique viewers it attracts per month, according to its CEO, Tom Thirlwall. He claims the company, whose chief brand is the soccer-focussed channel Copa90, is on target to exceed the 105 million monthly unique views recorded across ESPN’s digital properties by the end of 2017.

“ESPN do 105 million a month and are the most valuable sports media brand in the world. By the end of the year we will have overtaken ESPN [in monthly views],” Thirlwall predicts.

In March the site drew 53 million uniques, and in April it pulled in 65 million. “We will continue to see growth,” says Thirlwall. “Our ambition is to be the world’s most influential football media business by the time the 2018 World Cup kicks off.”

The startling fact about Copa90 is that it has achieved this without any football rights. Instead, it offers soccer features and commentary – 90 percent of which it produces in-house – and targets millennial 16- to 24-year-olds. It also runs a Creator Network, described as an invite-only global creative community of 150 “talented and creative” football fans.

“We are not saying that one way of producing and presenting sport matters more or that the old guard is irrelevant,” says Thirlwall. “We are just saying that rights aren’t everything. We’ve proved that it’s not all about rights. There is much more context and rich narrative to be told outside of the pure match action.

“We launched on the principles of telling the stories around the 90 minutes,” he adds. “The young audience we reach feels disenfranchised from the broadcast packaged version of the game. We’ve concentrated on becoming a brand in the most relevant [media] spaces that they are inhabiting.”

Driven by Fantasy Football, coverage of the NFL, College Football, MLB pennant races, and U.S. Open tennis among other properties, ESPN has consistently outperformed CBS Sports and the Yahoo! Sports-NBC Sports Network for the best part of two years. That reign could be coming to end – when measured by the number of uniques – as Copa90 gears up for the FIFA World Cup in Russia.

Its rise has not gone unnoticed among big media. In 2015, Liberty Global acquired a stake worth $10.7 million in  which by some estimates made Bigballs Media worth over $50 million. Then, in January this year, Time Warner’s Turner International division bought another undisclosed stake. 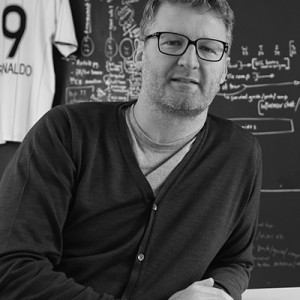 The investment, by Turner’s Digital Ventures & Innovation Group will be used for international expansion, content production and distribution, and the enhancement of its data capabilities. Turner and Bigballs Media also signed a commercial agreement that will see the two share distribution and content production expertise.

“Turner has big brands for us to partner with distribution platforms for our content,” says Thirlwall, citing CNN and Bleacher Report.

It will have some way to go, though, before it tops ESPN’s estimated market cap of $50 billion.

Since launch in 2012, Copa90 – which Thirlwall says will now supercede BigBalls Media as the company’s trading name – has scored over 1.5 billion video views. Users spend an average of 47 minutes per week with its content.

“The way we have presented a [football] game continues to be different and distinct from broadcast media,” he says. “If you are broadcast media it is very hard to get away from the thing that made you money. Everyone got comfortable with viewing football in a certain way. For the audience that tends to subscribe then this formula does work. This older audience is comfortable seeing ex-footballers in suits next to the main pundit.”

However, he adds, “we set out to connect to younger fans by presenting content that feels like it’s coming from fan culture.”

Copa90 is not averse to working with ‘old media’. Last year it teamed with UK broadcaster ITV to create The Fans Daily, an on-demand show centred around the 2016 UEFA Euros.

Among Copa90’s most popular all-time features is a documentary about the Belgrade derby (Red Star v Partizan). “In terms of where that match ranks in terms of rights it would be well down the list, but the story about the game is so much more interesting and clearly shows there is much more interest among the average football fan than just about the most high profile games.”

He also notes that younger fans have a broader diet in terms of the teams they support. “Our fans are equally adept at jumping onto a Belgrade derby as they are a game with Manchester United or Real Madrid. We see our audience as having a first club allegiance such as a team in the EPL but beyond that keeping an eye on a team in La Liga, Seria A and a favourite Bundesliga team too.”

He continues: “The younger audience may not be watching as many live games at home – in part because it’s expensive and it’s on their parent’s media [the TV] – but their appetite for the game is growing voraciously.”

Thirlwall suggests that the sports media industry will continue its path toward “blended” revenue models in which the live pay-TV rights co-exist with digital reach.

“Everyone has seen the pace of change pick up and no-one wants to be saddled with expensive rights, declining ad revenues and a declining audience with no foot in the future,” he says.