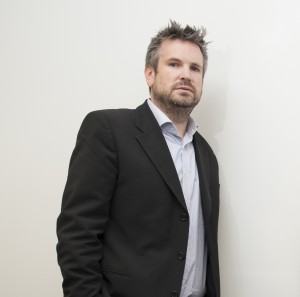 Discovery Communications has named Dominic Baillie as Chief Technology Officer, Olympics & Sports, and Simon Farnsworth has been appointed as Senior Vice President, Olympic Technical Distribution. Baillie and Farnsworth will build the technical foundations necessary to drive innovation and significant competitive advantage, ensuring every event is available to fans whenever and wherever they choose to watch it.

Both will report to John Honeycutt from Discovery’s London Office. Farnsworth, who started in March will be joined by Baillie this month, working across Discovery’s international portfolio of channels and digital products including both Eurosport and Eurosport Player.

John Honeycutt, Discovery Communications Chief Technology Officer, cited these two new appointments as demonstrable commitments to the Olympic Games, further supporting the Discovery pledge to ensure the Games in 2018 will reach more people, across more screens, than ever before.

“Dominic is a real industry innovator; a seasoned professional with a wealth of technical expertise. Simon brings an unmatched balance of commercial and technical experience, with an impressive background in content delivery. Both men are global players who will push the boundaries of innovation as we continue to develop our technical operations,” said Honeycutt.

In this newly created role, Baillie will be responsible for developing the Olympic Games and sports technology strategy – including the successful delivery of every moment of the PyeongChang 2018 Olympic Games to more viewers from linear TV to mobile devices across all screens.  He also will play a leading role in the planned migration to IP, cloud for content management and distribution of the whole portfolio.

With over 15 years’ experience, Baillie has held a number of senior roles in the industry including CTO at Sky News Arabia where he was responsible for engineering, development and technical operations. Prior to this he was CTO at Ten Sports.

Farnsworth will be responsible for strategic oversight of content aggregation and signal distribution, managing the transport of content from the Olympic Games venue sites to Discovery. Farnsworth brings deep commercial and technical experience having held several senior positions at Globecast, spanning more than ten years. Most recently he has lived and worked in Sydney as CEO of Globecast Australia responsible for growing the revenue and profitability of the business before leading the sale and subsequent integration of the business to Telstra.

This news follows an agreement announced by Discovery Communications and the International Olympic Committee last June, which includes exclusive multimedia rights for 50 countries and territories in Europe for the 2018 through the 2024 Olympic Games. Since the agreement was announced, Discovery has made two important broadcast deals, ensuring the Olympic Games will be viewed by more people across more screens than ever before. The first of these included a sub-licensing deal with the BBC and the second was a similar deal with NOS, the Dutch broadcaster.