DK-Technologies will introduce its DK3 Compact Audio Loudness Meter to the European market at IBC 2012. The DK3 Meter offers broadcast engineers the ability to de-embed 16 channels of audio from an SDI input. DK-Technologies has also made its successful StarFish surround sound display available to all DK meter users.

“The introduction of the DK3 meter has made the Award-winning DK Meter range even more versatile,” says Richard Kelley, sales and marketing director for DK-Technologies. “Broadcast engineers can now monitor audio levels from both video and audio sources. This is in line with industry trends that have seen audio and video being combined more frequently.” 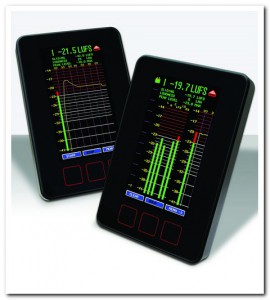 The DK3 is compliant with all known loudness recommendations and has pre-sets built in to allow for EBU R128, BCAP, ATSC A/85, ARIB, ABC, AGCOM 219 & ITU 1770-2. Alongside StarFish, new software features include moving coil emulation of PPM and VU mechanical meters with user selectable scales and a goniometer display for stereo audio. These features are also available to DK1 and DK2 users and can be installed via a free software download from DK-Technologies’ website: www.dk-technologies.com

Since their launch in 2011, DK Meters have been rapidly adopted by broadcast and postproduction companies because they meet industry demand for cost-effective stereo and 5.1 metering, including loudness. No bigger than a smart phone, all of the meters in the range are easy to install and can be powered from a computer USB port. They are supplied with standard DK-Technologies meter scales, plus StarFish, and deliver conventional metering as well as loudness metering at the same time, on the same display and in a single box.

DK-Technologies will be celebrating its 25th anniversary at IBC 2012, and plans to mark the occasion by showing an anniversary range of meters branded with new colour schemes and an anniversary logo.