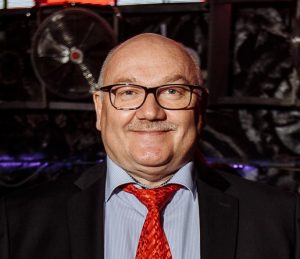 Channel One has announced that all of this summer’s major football matches will be broadcast in Dolby Atmos format for rich, immersive audio experiences. A total of 27 matches will be shown live on air.

Rather than being constrained to audio channels, Dolby Atmos is based on the concept of sound objects — sound information with metadata about its position in three-dimensional space. The technology enables sound objects to be moved and placed anywhere in the room, including the area right above the viewer’s head, so that sports fans are plunged into the action. The supremely realistic and natural sound puts viewers at the epicenter of the game and lets them hear every tiniest detail: the on-screen events come alive, and viewers feel as if they’re right there in the stand.

Channel One’s soccer coverage in Dolby Atmos format can be seen on the satellite networks Tricolor and Orion, the satellite and cable networks MTS and ER-Telecom, as well as other cable operators; Moscow and nearby suburbs can watch on digital channel 58 broadcast from the Ostankino TV tower.

“This summer’s biggest football tournament will see hundreds of thousands of sports fans travel to support their favorite team. And thanks to the immersive sound of Dolby Atmos, even those unable to attend a match in person now have the opportunity to enjoy the sporting atmosphere and experience the same emotions as the spectators in the stadium,” said Alexey Ugrinovich, General Manager, Russia, Dolby Laboratories.