Dropkick finale: BBC Sport on the challenges and triumphs of producing Six Nations 2021 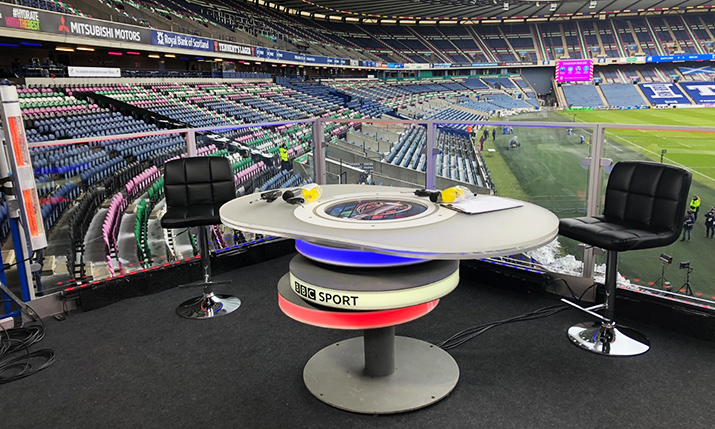 The final round of the Six Nations Championship 2021 kicks off this weekend with three matches that should see the winner emerging triumphant, although a postponed match between France and Scotland could be the decider between potential champions France or Wales.

BBC Sport’s Six Nations senior producer Matt Griffiths has been overseeing its production of the tournament, for which the broadcaster has ramped up its remote production while negotiating the challenges of pandemic restrictions between the UK and France.

“We’ve all had to kind of help each other out a little bit more than we would do normally; we’re all broadcasters and we all want the same thing so that’s not too bad, but you don’t always have that much ownership [of the production], whereas normally we would”

The use of remote production techniques is entirely new for BBC Sport at the Six Nations, comments Griffiths: “One of our biggest innovations this year is producing our domestic output remotely. This is something we probably wouldn’t have considered doing before COVID, but all of the travel restrictions and different COVID protocols across the different regions made remote production the only option in a couple of instances, so that’s definitely accelerated any remote production plans we had.”

Griffiths confirms that viewing figures of this behind closed doors Six Nations are up year on year, with viewers for the highly contested Wales v England game on 27 February at just over eight million. 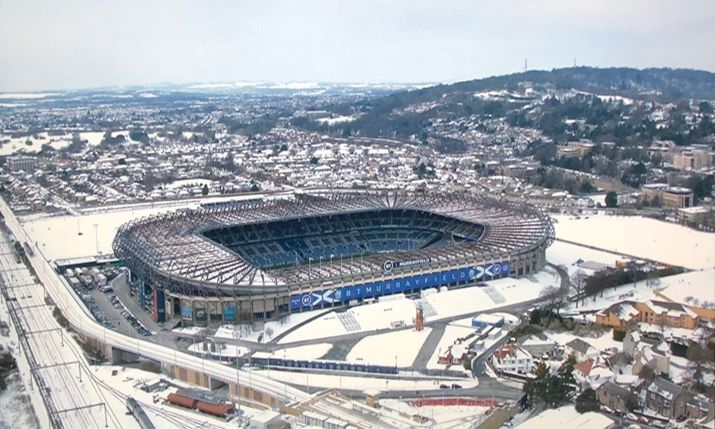 The host broadcaster situation remains unchanged from previous years, with BBC Sport host broadcaster at the Principality Stadium in Cardiff and at BT Murrayfield in Edinburgh, ITV Sport host at Twickenham, Virgin Media at the Aviva in Dublin, France TV Sport at the Stade de France in Paris and DMAX in Italy’s Stadio Olimpico. 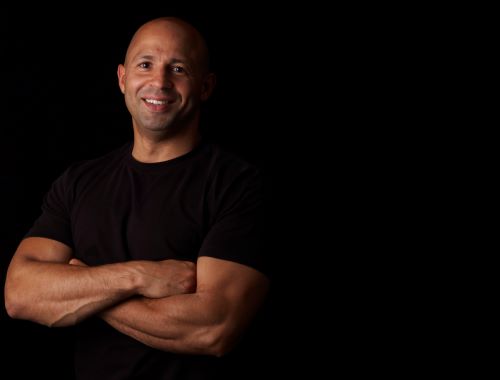 However, the difference this year is that key rights holders are not able to send any crew or talent into any stadiums except those they are hosting themselves. This has been a challenging aspect of the production, comments Griffiths: “The biggest change is normally if we’re not host broadcaster somewhere, we would still send our own people on site to do our own interviews pre and post match, and maybe get some of our own close-up shots and shots we’d use the following weekend in montages and things like that. But because of the COVID protocols, we haven’t been able to do that [and vice versa for the other broadcasters].

“We’ve all had to kind of help each other out a little bit more than we would do normally; we’re all broadcasters and we all want the same thing, so that’s not too bad, but you don’t always have that much ownership [of the production], whereas normally we would.”

For what should be the big finale of the Six Nations this weekend – pending the result of the France v Wales match on Saturday, which will affect or be affected by the result of the postponed France v Scotland match still to come – BBC Sport’s presentation will be carried out remotely for the game that should be the Grand Slam, France v Wales, and in the old fashioned way on location for Scotland v Italy. 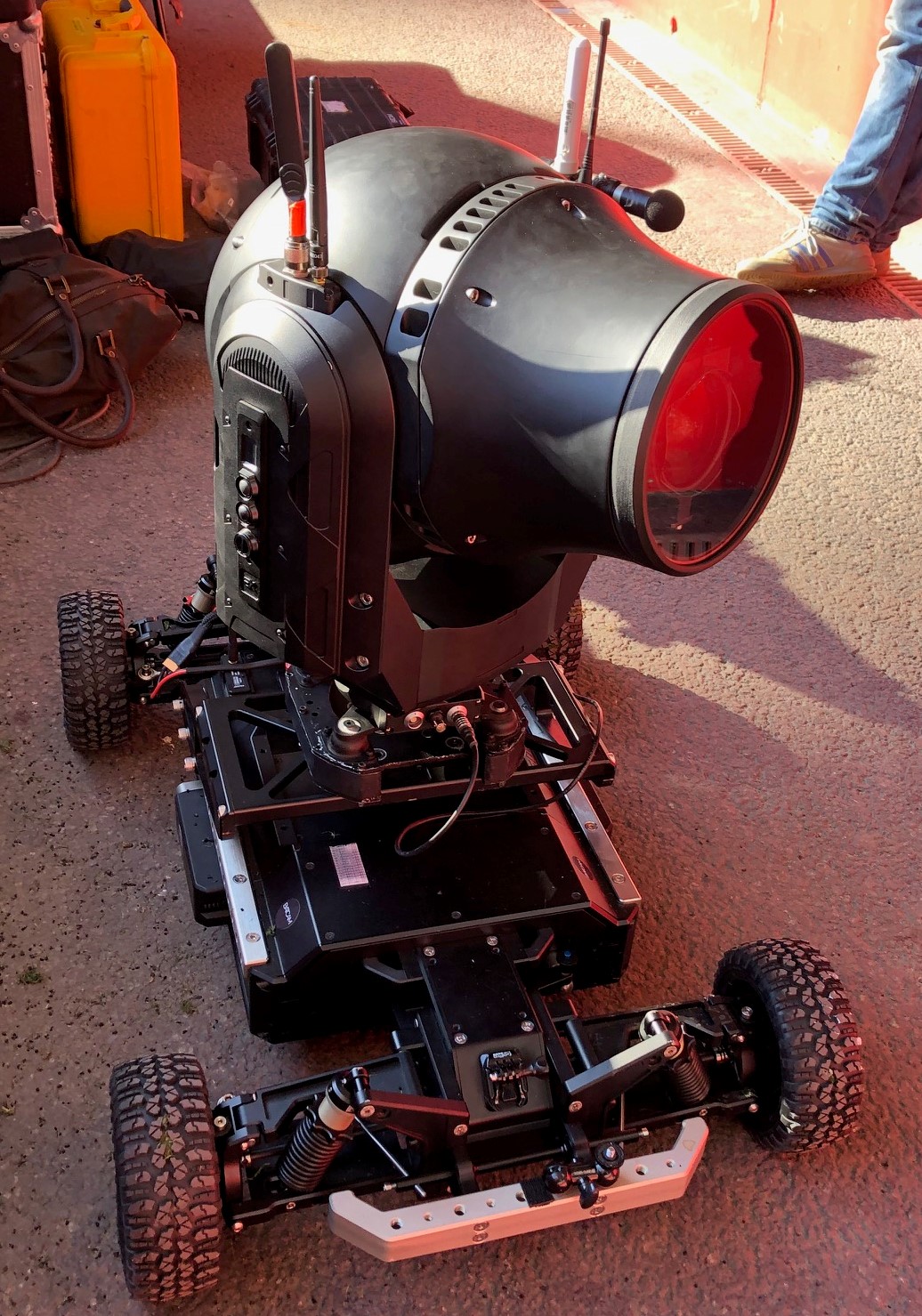 Griffiths, who will be on the ground in Murrayfield producing Scotland v Italy, comments: “Murrayfield will be done in the usual way of a truck on site in the glamorous carpark. The potential Grand Slam game for Wales will be produced in France by France TV Sport. We take a feed of that and we’ll be doing our production around that from Salford; because of travel restrictions we can’t get everybody out there to do it on site, which is how we would normally do it.”

Yet the show must go on. Griffiths says the production at Murrayfield will be the best BBC Sport can muster within current parameters. He notes: “For the big finish in Murrayfield [Scotland v Italy] we’ve got a spider cam again, we’ve got post cams, which are remote cameras on top of the padding on the posts for that on the field kind of action. We’ve got corner post cameras which are little mini cameras in the actual flags in the corners that we get some good stuff from, and that is it.”

He adds: “We normally have ref cam but we haven’t got those at the minute because of COVID restrictions and not being able to have somebody put cameras on the referees, or fix them if they breakdown.”

Tech boost to stripped down coverage

While much of the technology being used for the BBC Sport broadcasts of its Six Nations matches is not new, having been rolled out by the broadcaster in 2020, it is aiding the BBC in its remote and restricted productions this year.

On those technologies giving the slightly stripped down coverage a boost, Griffiths says: “From a BBC point of view, down in Cardiff I used a kart cam [Batcam Drive]; because we weren’t allowed to have anybody in the tunnel for teams out, it’s basically a remote control car with a nice big lens on it, a big camera on it. We probably wouldn’t get away with using that ordinarily because there’d just be too many people around the tunnel and around the side of the pitch; it’d be too dangerous. 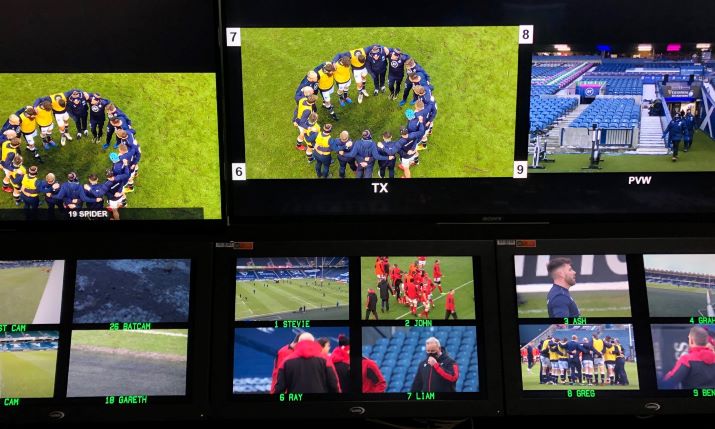 “We also used a tracking camera behind the posts at Cardiff; normally we wouldn’t be able to use it because it’d be blocking somebody’s view, [but we can at this point] because there’s no crowd there. So that was quite a nice innovation for us. And a rail cam [Batcam Trax].”

BBC Sport had to use Eagle cam, a less sophisticated version of spider cam, in one match when COVID restrictions meant the crew member needed for the latter was not able to get into the UK.

Griffiths explains: “We also used Eagle cam, which is a point to point wire cam system; we used that in Edinburgh in the first weekend [of the tournament] because we couldn’t get our spider cam pilot in. Normally we have a spider cam on all our games, but in the first round because our spider cam pilot was coming in from Germany, he wasn’t actually allowed in the country. The only other spider cam pilot who was available was working for ITV Sport at Twickenham on the same day, so obviously he couldn’t be in two places at once, so we had to do without spider cam for that particular match, but we got to use the Eagle cam. We just had that along the main touchline and we got some good stuff from it.”

Telegenic is providing BBC Sport with its trucks, headed by unit manager Chrissy Collins, “who’s an absolute genius and lovely person”. Griffiths enthuses: “She looks after us all and helps me figure out all the headaches!” 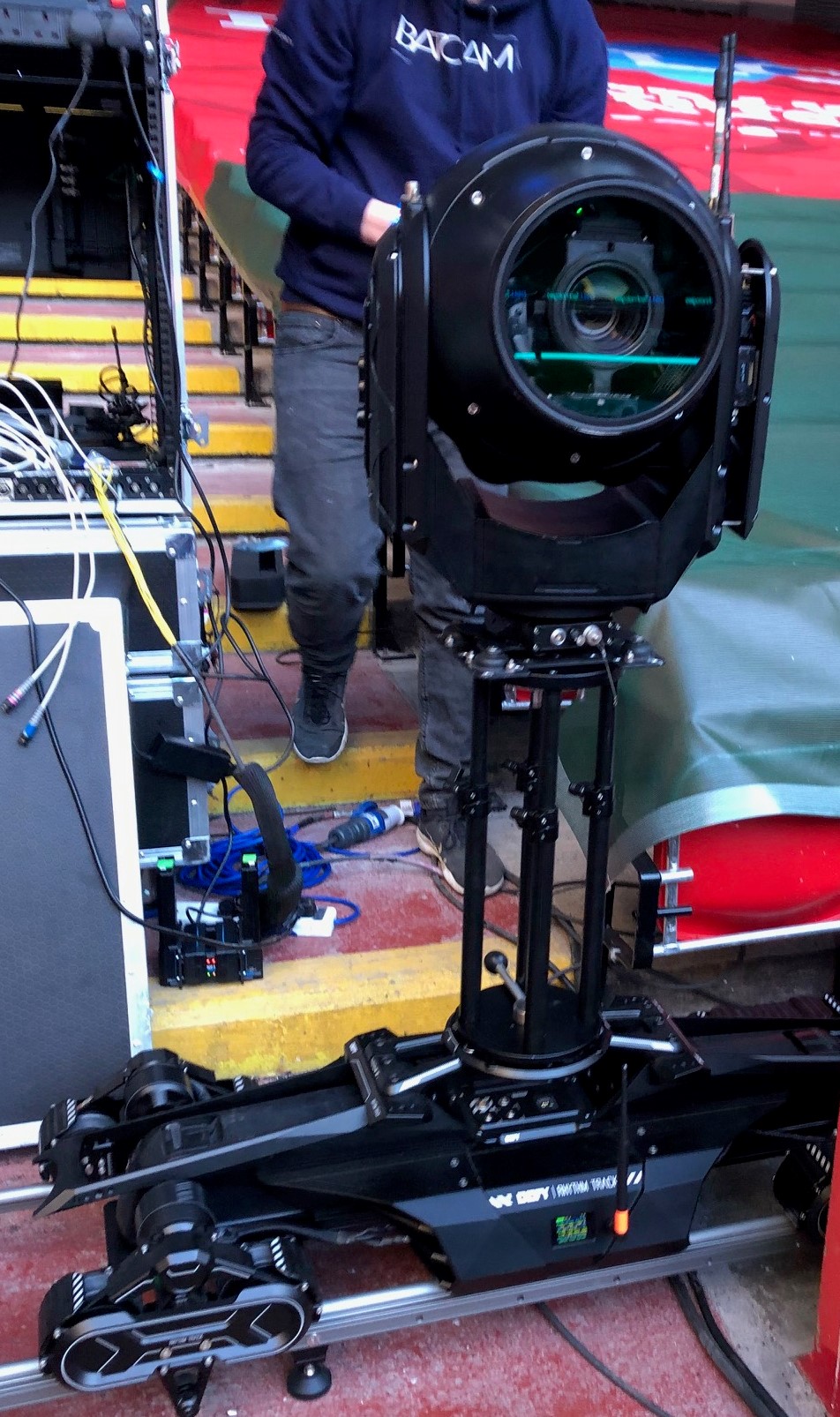 From a coverage point of view there have been some compromises, notes Griffiths: “Obviously one of the things – especially in Murrayfield – is we’ve had to limit the number of people we’ve had on site. [That has meant] on Round 1 we had to lose three or four cameras that we would ordinarily have had covering the match. Similarly this weekend there’ll be a few cameras that I would normally have, that I won’t have, to keep the numbers down on site. That’s a challenge. It doesn’t drastically change things, but it does mean we can’t do exactly what we would like to do.”

Griffiths continues: “We had to figure out how to work within the parameters and restrictions that were thrust upon us by COVID. Mostly it’s just around keeping people safe, but there are all the protocols that are in place at all the different venues, and from all the different governments involved [to deal with]. That’s been the biggest challenge and, to be fair, I should give lots of credit to our management team led by our production manager Sam Maynard.”

He goes on: “Usually we’ll have 150 people [on site] but we’ve had to reduce those numbers pretty drastically – we’re down 10% roughly speaking – so a lot of people have got to do a lot more work. It’s one of those things where you can have one person do two jobs, but it might be that one of those jobs doesn’t get done to the standard you really need it done to. You have to spread people a lot thinner; it’s a very long day for some of the camera operators, especially if they’ve got to travel from one country to the other. It’s things like that you have to consider.”

“It’s the little things as well,” continues Griffiths on managing the COVID restrictions for this year’s production. “Normally I have a production meeting in one of our trucks and everyone will get together. Sometimes it will be the only time we get together to talk about a programme, whereas you can’t really get together at all now.

“I also don’t get to speak to the commentators apart from over talkback now. Normally we’d have a little chat and go through particular nuances of the game that we think might come up or players that we want to talk about. But that tends not to be done in person at the minute. I mean, it’s not insurmountable, but it’s a challenge. It’s not the way we’d ideally do it.”

Overall, Griffiths is pleased with what his team has produced for viewers of Six Nations, despite the challenges this year. He concludes: “It’s always such a pleasure to work on Six Nations. We love doing it and being involved in it. It’s important to us because it’s important to our audiences. We know, year on year, that people love watching it; people love being involved in it and seeing it unfold.”

Watch Six Nations Scotland v Italy and Wales v France from 1.45pm on BBC One and BBC iPlayer on 20 March