Nearly 100 viewers gathered online 6 May for a GoToMeeting-powered webinar, sponsored by the DTV Audio Group and produced by SVG US, to explore how broadcast A1s will handle the sound for televised sports if and when games begin without fans in the stands. 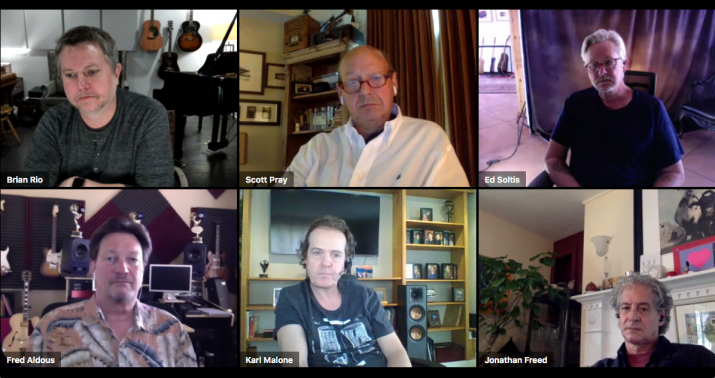 The A1s were looking to create a consistent roadmap for televised games with no one in the seating areas, a situation that has occurred only once in US major-league history: on 29 April 2015, the Baltimore Orioles and the Chicago White Sox played to an empty Camden Yards stadium, closed to the public because of community anger over the police killing of Freddie Gray. Although Taiwanese and South Korean baseball have resumed play, also with no fans in the stands, the largest sports leagues in the US are only edging toward that now.

What the group of mixers, gathered on the videoconferencing platform, agreed on early and vociferously was that no artificial crowd sounds be injected into any game’s televised audio.

“The players and us rely on the cheering, especially of the home crowd,” said one A1. “And that sounds and feels very different from any fake crowd noise.”

Noted another, “We’re not making a film. What we’re doing is documenting a live event, and we’re not adding sweetening or sound effects. It needs to be accurate and realistic.”

What did engender some debate was whether and how to put any kind of sound, such as that generated by apps like Hear Me Cheer and Fan Mode, into the PA system and, by extension, into the broadcast audio.

That led to a discussion of the technical challenges of that approach. One was latency: delayed reaction to a big hit or a great catch, with thousands of fans thousands of miles apart interacting with mobile devices on the internet, could seem disconnected and unauthentic.

Also of concern was potential speaker and microphone phase misalignments and how to smooth out a soundscape made up of more individual and transient sounds than the predictable swell and lulls and agitated murmuring of a crowd.

“Compressors are going to be a big tool here,” said an A1.

Beyond the technical challenges are whatever decisions will be made by leagues, teams, venues and players, and even the announcers. Each is expected to have strong feelings about what kind of sound, if any, is generated for a game played without a physical audience, as well as what kind of sounds, how loud they are, and when they occur. That circled back to the earlier agreement on avoiding the use of artificial sound for the games and was underscored when one panelist asked, “What if the front office asks for it?”

The situation can also present an opportunity for new techniques and technologies. Both Sennheiser’s Sports Microphone Array and Lawo’s Kick systems were mentioned, along with the possible use of beam steering to specifically locate sound around a venue and the use of ambisonic microphones for immersive sound fields.

However, one A1 cautioned against bringing too much new technology to bear on this unknown audio landscape. Another pointed out that there will be a lot of audio starkly hearable in mix: for example, player conversations and calls that would have been screened by crowd noise will be suddenly, viscerally audible. How to make transitions between camera shots, something crowd noise has always been useful for, and the need for hyper awareness around profanity were also brought up.

On the other hand, most panelists agreed that some kind of sound bed has to be introduced, on-air and in the venue, to create some sense of a shared experience, as well as serving as a grout around individual effects elements. One A1 recounted some tests he had been doing with archival footage and concluded, “You notice the sound more when it’s not there than when it is.”

The discussion took a philosophical turn when one A1 noted that players, fans in the stands, and announcers look for different things in the live sound in the venue: in some cases, to pump themselves up; in others, to gauge the tenor of the match they’re calling.

“You want to control the crowd sound for the broadcast, but the players really want crowd interaction to perform,” he said. “Who are we mixing for? What’s the balance going to be?”

The conclusion was, we’ll see. Most agreed that anything under discussion at the moment was largely speculative, paired with a general hopefulness that viewing audiences will quickly acclimatize themselves to whatever the future ends up sounding like.

“There’s going to be a learning curve here, for everyone,” one panelist said. At that, all six heads on the gridded screen nodded in agreement.