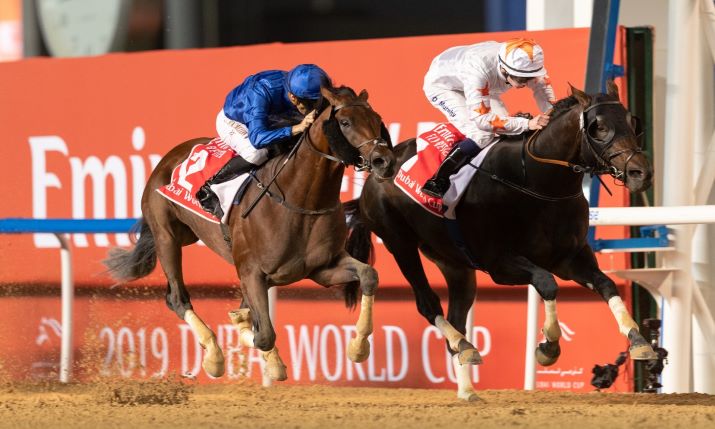 The $26.5 million Dubai World Cup fixture, which took place on 27 March, reached a truly worldwide TV audience thanks to coverage from 40 broadcasters.

Horses from more than a dozen countries competed in nine top-class races, including six Group 1 contests, at Meydan Racecourse, in what is billed as “the world’s most spectacular race day”. The feature race was the $12m Dubai World Cup, sponsored by Emirates Airline, which celebrated its 25th running and was won by Mystic River.

Dubai Racing Club and its appointed distribution and production company Racecourse Media Group (RMG) signed up a host of leading networks to show the event live.

There was unprecedented interest in the US, with Fox Sports showing the race-day live for the first time on FS1. TVG and NYRA also broadcast the card live, while NBCSN showed highlights of the card. In addition, ESPN SportsCenter showed highlights in its flagship sports news programme.

Staying in the Americas, and CBC (Canadian Broadcasting Corporation) and HPITV covered the event live in Canada, while ESPN screened the action in Latin America and Caribbean. SportsMax also covered the Caribbean.

The Middle East and North Africa region was served by live coverage from Dubai Racing Channel and Yas TV (UAE).

Global sports magazine programme Trans World Sport also offered the fixture added exposure, as did CNN, which covered the race for its World Sport programme. ITV aired content from the fixture within its live broadcast on Saturday in the UK; Ring featured the event in a one-hour highlights show in Bulgaria; and Look Sport and Prima TV showed the programme on delay in Romania. Saudi TV also showed highlights.

SNTV and Reuters distributed the event to their wide networks of news outlets.

Seb Vance, director of communications and international TV distribution at RMG, said: “This is the sixth consecutive year that we have worked with Dubai Racing Club on the production and distribution of its racing, and we are delighted with the widespread interest from broadcasters all around the world. The uptake is reflective of the truly global appeal of the Dubai World Cup – one of the great occasions on the sporting calendar.”