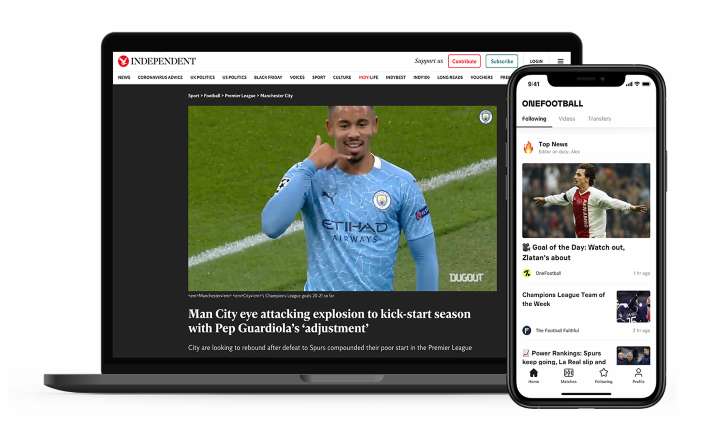 Lucas von Cranach, chief executive and founder of OneFootball, told SVG Europe: “Both businesses are tremendously complementary. We have big ambitions. The clubs were looking for solutions to grow revenues in digital to get access to customers and to customer data, and that is what OneFootball brings to the table.”

Elliot Richardson, chairman at Dugout, said the timing was key for the deal: “At the beginning of this year, in January, we had a board meeting and the clubs gave me a mandate to look towards a strategic deal in 2020. Obviously little did we know that March was going to come along and tip the world upside down.”

On making the deal work, Richardson noted that the key was to be partners first with the potential acquirer, and so, “OneFootball and Dugout worked as partners and worked together with a combined sales proposition”, he noted.

Richardson went on: “It was clear very early on that this ticked a lot of the boxes in terms of what we would have wanted to go into as part of our next phase. Over the course of the past six to seven months we’ve taken our time, made sure the clubs are involved and that all of our shareholders were involved in that process. It’s very clear that the combined company [will] give a lot of choice to the football ecosystem, and that wasn’t there before. While some of our clubs have existing accounts with OneFootball, some don’t; over time it’s down to us to show them the value of doing that.”

“The football industry needs this type of deal, especially now what with things that have been happening this year and as we go into 2021. We’re pleased to play a part in that,” Richardson said.

The acquisition is based on the synergies of each partner; while OneFootball is more B2C and focused on Western Europe and the US market, Dugout is focused on B2B2C and the South East Asia region.

Cranach commented on the branding for the combined businesses: “OneFootball’s promise is that it’s a fan-centric approach; it’s the fan first. We will have both brands running in parallel for a certain amount of time and then there is an obvious move towards OneFootball [as a single brand], but when that’s going to happen and how that’s going to happen is still in the process of decision making.” 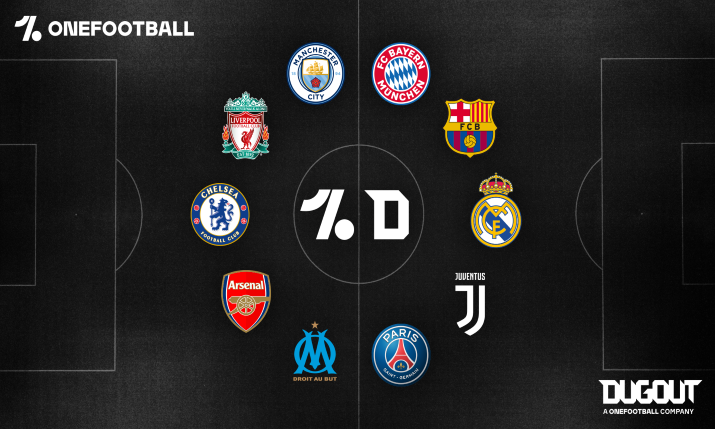 OneFootball’s personalised digital experience will be enhanced by Dugout’s suite of products and platforms, including its network of 110-plus premium publishers.

The deal will result in a combined audience of around 85 million monthly active users, through the combined assets across both businesses. The company intends to grow the business from that baseline.

Meanwhile, clubs, leagues and federations will benefit from increased global audience reach, data insights and a better understanding of their fans’ engagement, creating new and exciting direct-to-consumer and monetisation opportunities.

Premium publishers will benefit from access to professionally produced, highly engaging and exclusive video content, delivered via a plug and play embed solution to complement their editorial.

Cranach added: “On the brand side we now have the best offering in football digitally, because we have 85 million active monthly users. [Also] it’s a brand-safe environment because we don’t have any user-generated content or piracy, only premium content. All of this happens outside of social media,” he added.

Most importantly, fans will benefit from a complete, accessible and flexible offering, with instant access to original and highly relevant content, including live and archive footage, breaking news, scores, analysis, insights and features. More football will be more accessible to more fans around the world, anywhere, anytime, as a personalised experience.

Cranach noted: “By putting the companies together and the assets together, we are in an even stronger position where we deliver the most comprehensive football experience to the customers. We believe [the company] will show tremendous organic growth over the next couple of years by improving [on that] experience.

“We have built a business that is truly global, that is truly supporting the clubs’ interests, the advertisers interests, the publishers interests, and in the end the one who will benefit from it is the fan, because the fan will get the most comprehensive content offering connected to their favourite teams in their language and that’s what we’ve built and established together [with Dugout].”

Neither business has been hugely disadvantaged by the pandemic, noted Cranach: “We can be very grateful that [the combined businesses] did not suffer from the pandemic as much as other businesses did, because of our purely digital approach. For sure on both the Dugout and OneFootball side we saw a dip in revenues when football was off, but in the end we’re back to the user base we had before the corona pandemic started.”

“We’ve seen tremendous growth in revenues because lots of brands are shifting to digital,” he goes on, referring to more recent months. “I think we can clearly say we didn’t let any staff go; we’re hiring, especially over the last couple of months. And this acquisition is a purely synergetic approach where one and one makes five, not even three. That was the main promise Elliot and I had towards ourselves; we want to build a far bigger business than both businesses could independently.”

Richardson said: “This is something that’s been going on for well over six months. We took our time because it’s crucial to all the different stakeholders. The one benefit of the pandemic when it came to penning the deal and the legal work and everything else, is that normally you’d be relying on people all over the world travelling, but people in a lockdown situation actually helped us get that part of the transaction done far faster. The rest of it was two good businesses coming together and accelerating at speed. But definitely the transaction was easier than I thought it would be due to most people being exactly where they should be.”

Cranach concluded: “Since forming OneFootball, our ambition has been to become the ultimate destination for everything football, both on and off the pitch, and our acquisition of Dugout reflects this. This move will benefit the whole football ecosystem with clubs, federations and leagues able to increase audience reach and harness our powerful data insights to gain a deeper understanding of their fans’ engagement. Our brand and advertising partners will have access to new, contextually relevant destinations to reach highly engaged football fans on a global scale, with a local approach.

“Welcoming ten of the world’s biggest football clubs as shareholders is a special occasion and we will be working closely alongside them and OneFootball’s existing shareholders to create exciting direct-to-consumer opportunities. We will continue to provide a fan-first digital experience, with an enhanced content offering that is complete, accessible and flexible.”

The completion of this acquisition is subject to certain authorisations. It is anticipated that the transaction will be completed in early 2021.