Duty calls for Gfinity and NEP at Copper Box Arena

The Call of Duty World League (CWL) is the official eSports league developed around the Call of Duty video game franchise from the publisher Activision. CWL formally launched in December 2015 and is now into its fourth season. The month of May saw the tournament move to London with qualifying heats being staged at the Copper Box Arena within the Queen Elizabeth Olympic Park.

Jazzy Early, head of broadcast operations at eSports broadcaster Gfinity, explained more about the event. “Our broadcast infrastructure is high, yet continues to grow as new challenges arise and we continue to push the broadcast and production envelope across several eSports titles. Broadcast equipment suppliers are looking more closely at eSports which a good thing as the industry can only continue to expand.” 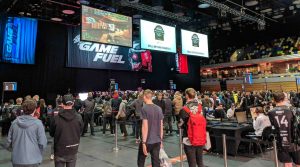 He continued, “as one of Europe’s foremost tournament organisers and production company we are in continued discussions with manufacturers and equipment/facility providers, to be ahead of the curve in technology. There are many challenges in eSports production, most of which would not be apparent to the wider broadcast marketplace.”

In the specific area of the recent Call of Duty World League at the Copper Box, Gfinity created multiple outputs each of which had their own levels of production, while the company’s League Operations team ran a multi-layered professional and amateur tournament.

“On behalf of the players, the integrity of the tournament is paramount to Gfinity, while the production teams must tell the story across several playing stages. Production and League Operations must work in unison to run a smooth and successful tournament and a broadcast production of the highest quality.”

NEP UK provided two OB trucks for the event, including its newest IP-based truck, Ceres. It was a sizeable operation, with 23 cameras covering four content streams – one for the Professional main stage and three for the amateur competition area.

“The most challenging aspect from a broadcast perspective was creating all of the individual feeds with different audio and advertising packages. In fact, we had more than 10 variations leaving the truck in the end,” explained Luke Westbury, commercial & technical projects manager, NEP UK.

“The Copper Box is an interesting and somewhat challenging venue to work in as the cable access points are limited. We had a team of six cable riggers to overcome these challenges and within hours we had cables into the studio, green room, players’ lounge and all across the arena floor.”

Other technology partners were involved in the broadcast operation, so how did NEP collaborate with them?

“Black Star Group looked after all of the live streaming,” said Westbury. “We supplied two dual PSU, MediorNet Microns to provide fully redundant outgoing feeds. Also part of the NEP Group, and making the visuals come to life, were the team at Creative Technology (CT). They supplied a number of Epsom 15k laser projectors in the qualifying area of the event, and then a range of equipment for the main arena, including a disguise Media Server, E2 Screen Management System, Absen 3.9mm LED screen and relay screens used 21k projectors.” 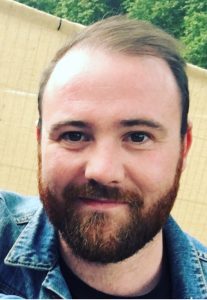 challenges involved with the CWL operation. “From an NEP perspective the challenge is managing all the incoming feeds from various sources. We were monitoring all the players on each team and the individual battles and challenges within the one game – and we needed to ensure that all that gameplay is captured and that we can switch to what the director requires as the action increases and decreases.

Like the eSports teams, you have to be switched on and focused for long periods of time as there is a lot happening and multiple action areas occurring at any one time.”

With all that in mind, how did NEP create a narrative for the game? “The narrative is all down to

Gfinity and the eSports competitors. They are the creative ones in this relationship. At NEP our focus is to ensure that our client has the resource and technical support before and during the event to deliver their creative vision. That’s the bit we’re good at!”

Following the event in London, the next World League event was held in June in Anaheim, California, while the finals will take place between 19 and 21 July in Florida.