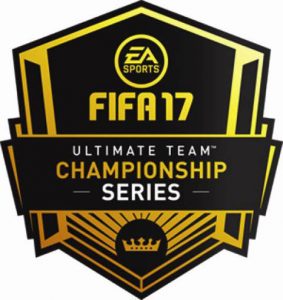 For the first season (2016/17) the vote experience was contained on premierleague.com, with a supporting EA Sports logo. This was set to change, stated Jonathan Casbon, head of sport development at Monterosa: “The goal for the 2017/18 season was to take greater ownership of the vote experience, including the hosting of the vote on EA SPORTS-owned channels. Our approach to the challenge was to offer Fan Voice, our best-in-class web-based voting product, and LViS, our award-winning interaction platform, providing a robust, secure and reliable foundation for EA Sports to power the global Premier League vote, removing security or vote manipulation risks and allowing EA Sports to concentrate on promoting an exciting and engaging voting experience through their channels.”

Fan Voice integrates with video and live data to transform voting from a task into an experience. With each player having their own page, fans can now review their monthly performance (minutes played, goals scored, etc.) and watch the player in action, to help them choose their preferred option. Also, Monterosa wanted fans to be able to shout about who they had voted for, so it deployed the Fan Voice meme generator. Fans are now offered a choice of headlines to lay over an image of their selected player. It then creates a card that can be shared instantly across Facebook, Twitter and WhatsApp.

Casbon added: “Since moving to the Fan Voice and LViS platform, the votes received on a monthly basis are double that of the peak that Premier League were receiving during the 2016/17 season. The results to date have shown increasing engagement in terms of votes received and social media meme cards shared, which is great news, although we must be aware that player shortlists do have an impact on the appeal, which is something outside of EA Sports’ control.” 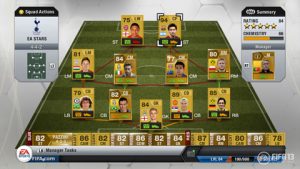 Time spent in the experience by end users has also increased since Monterosa began working with EA Sports, as the data within Player of the Month has improved in richness. Casbon commented: “As with vote numbers, dwell times have also seen a positive increase as the new experience has been launched, with an average dwell ti me each month of six to eight minutes. Fans are enjoying the experience for longer, reviewing the stats and watching the action footage before deciding their selection, then crafting their personalised meme card to share with friends,” he explained.

Since launching, EA Sports has run a competition each month for 10 voters to win the eventual Player of the Month item in FIFA Ultimate Team, which lets users build their dream FIFA squad from scratch and compete with it in a variety of single player and online modes. Stated Casbon, this is, “helping to improve the playing experience, supported by their official partnership assets”.

Finally, a key area identified for this project was linking the FIFA game series with the real-life Premier League competition and Monterosa was keen to find ways in which it could create a connection with EA Sports’ popular FIFA Ultimate Team feature. By asking fans to share their gamer details such as username, email address and preferred console Monterosa was able to reward a selection of fans with highly sought-after Player of the Month hero items within their personal FIFA Ultimate Team teams, giving them an advantage over their online competition.