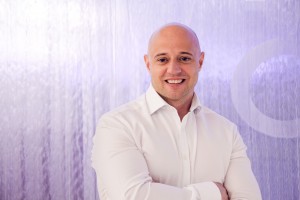 Paul Wallis: “This is a model installation for the way that all studios will soon be configured”

EMPC has dozens of production studios and is a major hub for satellite channels in the region. Following the installation, each of the six modernised studios will have a dedicated Nexio AMP server with integrated storage, which will provide recording functionality as well as playback into EMPC’s production environment.

“For a busy studio complex like EMPC, recording and playback is a mission-critical application, and Nexio AMP servers are designed to provide the outstanding reliability and operational flexibility such users require,” said Paul Wallis, Middle East sales director for Imagine Communications. “We’re pleased to have been selected by EMPC for this important project. This is a model installation for the way that all studios will soon be configured, with multi-channel recording straight into the server network.”

The servers are being supplied in conjunction with Cairo-based Imagine Communications dealer Systems Design. “Moving the studios away from VTRs is an important new step for EMPC, and they very carefully evaluated all the possible offerings on the market and accordingly EMPC issued a tender between the major servers suppliers” said Ahmad Gamal, managing director at Systems Design.

“The Nexio AMP server was selected based on its first-class technical capability and of course being commercially qualified meant we won the tender. EMPC also valued the strong local support offered by our combined teams, giving EMPC the confidence to take the next step towards a tapeless environment with Imagine Communications.”