Eleven Belgium extends partnership with LaLiga for another five years 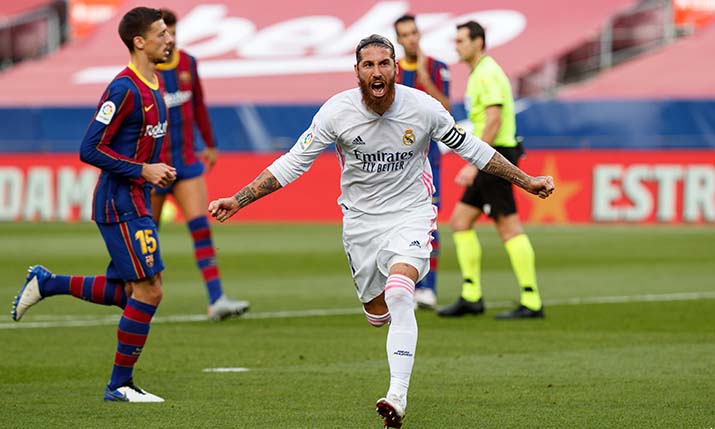 Eleven Sports Belgium are to offer La Liga coverage until 2026

Eleven Sports Belgium is to continue to offer LaLiga coverage to fans for the next five seasons, extending the rights agreement up to the 2025-26 season.

Eleven has stated that a minimum of five games will be broadcast live each matchday from Spain’s most popular football tournament, with expert commentary provided in both Dutch and French for every game.

In addition to comprehensive live coverage, Eleven will provide fans with exclusive LaLiga interviews, documentaries, analysis and giveaways, plus, to celebrate the new rights deal, a winning fan will be selected by Eleven to enjoy a VIP trip to Spain for a LaLiga match next season.

Guillaume Collard, managing director at Eleven Sports Belgium and Luxembourg and head of acquisitions for Eleven, commented: “Our market research has shown us that Belgian football fans really love Spanish football and it has been a cornerstone of our offering in Belgium since we launched in 2015. The presence of Belgian stars like Hazard, Courtois and Januzaj has given LaLiga an extra dimension for us Belgians and the league is only getting more popular with fans. We’re delighted to be working with LaLiga again for the next five seasons, and I’m looking forward to continuing to build on our already strong partnership in the years ahead.”

Eleven Portugal has also revealed that it will be receiving a three-year extension to its LaLiga deal in August 2020.