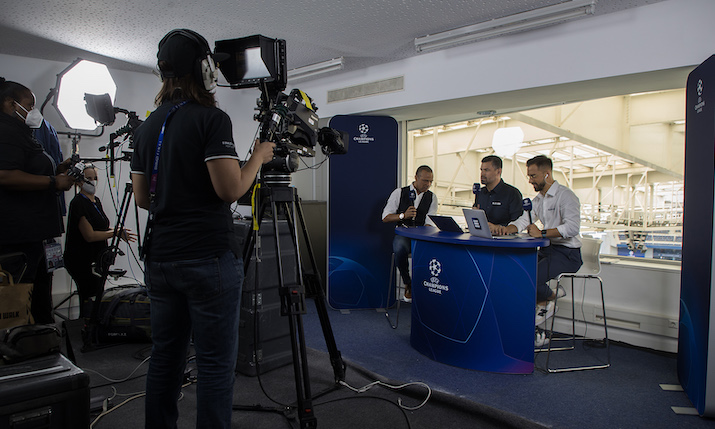 Eleven Portugal has had an exciting football season this year, culminating in hosting the UEFA Champions League final in Porto last month.

“Despite all the global challenges it has been a great season here for Eleven Portugal,” says managing director Jorge Pavão de Sousa. “LaLiga Santander and Ligue 1 Uber Eats went to the final day of the season to decide their champions. It was another great campaign in the Bundesliga and obviously, the UEFA Champions League is a huge draw for our audiences. We have had 15 on-site matches in the Champions League here in Portugal. To bring the season to a close with the Champions League final on home soil for a second consecutive year was, of course, pretty special.” 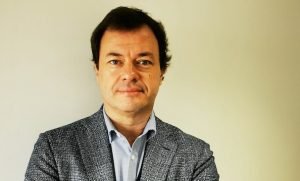 Eleven had a team based at the Estádio do Dragão from the day before the game, broadcasting the build up live. It also had reporters roaming the city of Porto, speaking with supporters around the fan zones and getting a sense of the atmosphere.

“To have the Champions League at home here in Porto was extremely exciting for the Eleven team and Portuguese football fans,” says de Sousa. “We had just two weeks to prepare for it so we gave it everything to make it a special two days of broadcasting.”

Broadcasting in HD, Eleven made use of a fibre connection between the on-site studio at Estádio do Dragão and the studio at Eleven’s HQ in Lisbon.

“We used a HD OB setup linked by fibre optic to our MCRs,” says de Sousa. “Medialuso was our partner.”

“Our production team worked flat out on a series of features to accompany our live show,” he continues. “We had an exclusive interview with Manchester City’s João Cancelo and pulled together pieces profiling the managers and players like Kevin de Bruyne and José Bosingwa. We also tried to tell some of the ‘behind the scenes’ stories around the game, such as how the Estádio do Dragão was prepared to host the Champions League final in just a few weeks.”

“We had three presenters on site in our own Eleven studio inside the stadium and we had two reporters in the city of Porto to soak up the atmosphere before and after the match,” he adds. “We had 13 live hours of broadcast dedicated to the final of the Champions League over two days.” 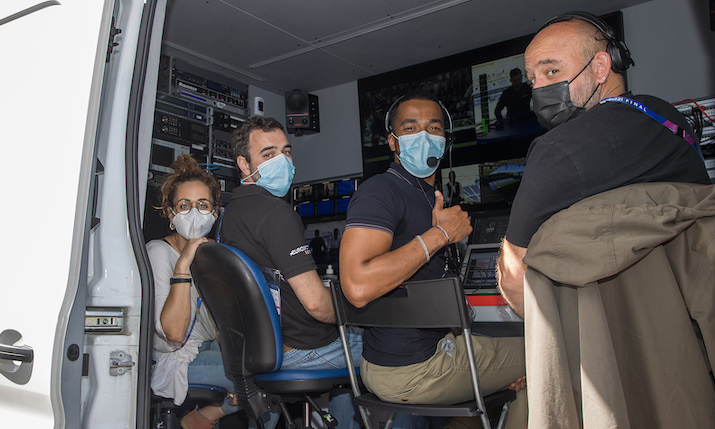 For two days a dedicated team from Eleven Portugal produced more than 13 hours of live broadcasting from the exclusive studio at Estádio do Dragão, from the fan zones, streets and surroundings of the stadium, and from Eleven studios in Lisbon

The production also featured some augmented reality components from Vizrt. “To help our punditry team of Pedro Pinto, Costinha and Pedro Filipe Maia really get under the skin of the game and bring some fresh insights to fans, we introduced AR into our HQ studios in Lisbon. We had an additional two presenters in the studio to present analysis of the key moments of the game with augmented reality support. It gives another angle to the match analysis,” says de Sousa.

“We also had our Watch Together tool available to fans. It’s a tool we launched a couple of years ago – in fact we were the first in the sports media industry to do so – it allows fans to watch games in the same virtual ‘living room’ as their friends and family. The service has always been popular with our audiences but for a game like the Champions League final during COVID-19, it’s huge to be able to offer fans the chance to stay connected through the tool.”

Lead presenter Pedro Pinto was enthusiastic after the match. “It was a privilege to lead Eleven’s coverage of the Champions League final once again – in a year that Portugal made history in hosting the tournament two years in a row as a result of the pandemic,” he says. “We had teams in Porto and Lisbon covering the game and the overall event from a 360º angle – both inside and outside the stadium – with dedicated reporters in place to cover both teams and conduct interviews with players and before and after the game. We feel we set a high benchmark for our coverage, both in terms of the quality of the broadcast and the amount of coverage we were able to bring to fans live. Now we’re looking forward to next season and continuing our partnership with UEFA and the Champions League.” 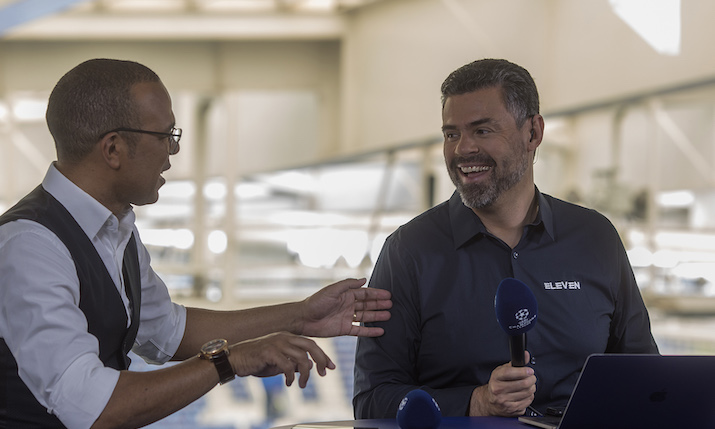 The operation involved six journalists and one guest commentator backed up by a 10-strong crew from Eleven production in Lisbon and Porto, and supported by dozens of technical staff

“I was really proud of the team to turn around something special in such a tight window of time,” adds de Sousa. “For two days, we were everywhere – in our studio, at the stadium and in the streets of Porto with fans. The whole team – from our on-screen talent, our 10-strong production team, to the dozens of technical staff working behind the scenes – gave everything to ensure a show worthy of a Champions League final in our own backyard.”

Away from the football, Eleven Portugal has also had the chance to host two F1 races in Portugal.

“We had the Formula 1 Portugal Grand Prix weekend in Portimão a few months back. We’ve also been covering hundreds of top European football matches and motor racing events remotely from our studio,” says de Sousa. “From a rights point of view we’ve had a very good year. We renewed our Champions League TV rights until 2024, which will give fans access to 138 top matches a season, including the UEFA Super Cup each year. We also renewed our rights to LaLiga Santander and Ligue 1 Uber Eats until 2024.”

According to de Sousa, the focus in Portugal is now on continuing to strengthen Eleven’s motorsports offering. “We are identifying new competitions and content opportunities that will allow us to deliver for Portuguese fans,” he adds. “When it comes to distribution, we will continue with our platform-agnostic strategy to serve fans however and wherever they want to watch their favourite sport. We have built a very successful B2B business already, partnering with local operators to make our Live offering available to fans as widely as possible. We want to continue to grow that.”