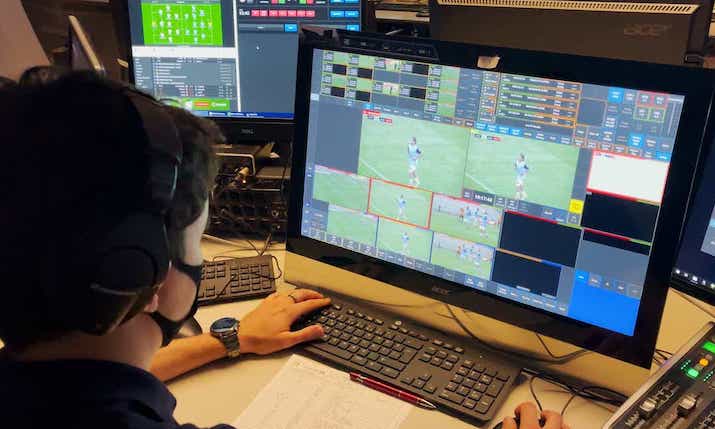 The uniquely named Indoor Technical Operations department at EMG Italy deals with, among other things, remote production for the broadcast facilities and solutions company.

Remote is nothing new for EMG; it started several years ago, long before the pandemic, working on sports including volleyball, beach volleyball and basketball. It also works with Serie C, the third tier of the Italian football league and has recently been improving and enhancing the remote workflow for match coverage.

Enrica Busin, head of the MCR and playout structure at EMG Italy, explains: “The Italian Serie C football championship involves 60 teams with as many as 30 matches every weekend for round matches. EMG Italy takes care of all these productions remotely and, depending on the standard that is required, the commitment can be single-camera, double or tri-camera.

“The connections between the production venue and the broadcast centre are certainly crucial in this configuration and the various crews use a large amount of equipment. This includes ‘backpacks’ which, connected to the cameras, use a proprietary protocol to transfer high-quality signals. The signals are transported simultaneously using 4G and, where present, the IP network.”

For several years, EMG Italy has been using a wide range of equipment for the transmission and reception of signals. The backpacks for the acquisition and transportation of live signals, which have been in operation for years, now include newer Pro models, which can use up to eight internal SIMs from different mobile operators.

Every weekend over 30 of these backpacks are used in the field across all of the three production standards.

At the venue, in addition to the camera operators, there is always at least one commentator, usually situated in the stands. All the video signals, the audio of each camera, and the commentary audio arrive at EMG Italy’s MCR in Cologno Monzese.

The layout of the cameras is quite static and provides, in the mono-camera configuration, a camera that takes wide-angle shots of the whole field, positioned in the stands. In the bi-camera setup, both cameras are in the stands at the top: the first takes wide-angle shots with wide fields, while the second deals with narrow fields and game details. In the tri-camera configuration, the third camera moves on the sidelines, adding even more engaging images and often also dealing with the integration of additional clips captured pre- and post-game.

The commentator is usually situated in the press area or in a commentary booth, where available, depending on the configuration of the stadiums which, of course, are much simpler than those of Serie A and B. They will be equipped with a headset and headset microphone and a dedicated audio coder.

Sometimes in tri-camera configurations, and at least once every weekend, a double audio commentary with a second pitchside commentator is also required. In this integration, there are two commentators in position plus a third on the sidelines. This complicates the setup a little, so a sound engineer with an audio mixer is also required. 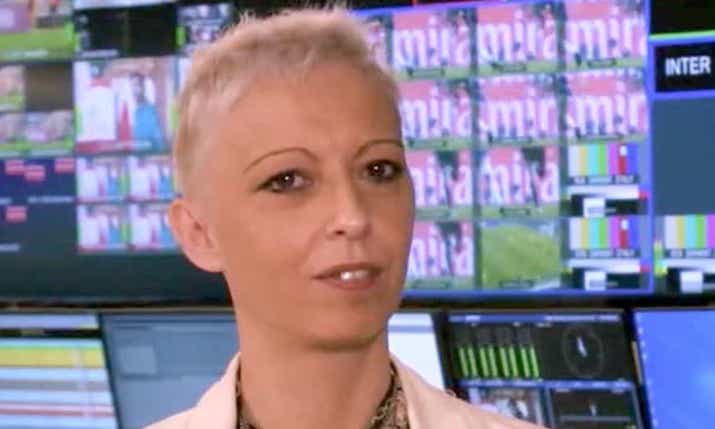 Enrica Busin: “The connections between the production venue and the broadcast centre are crucial”

Convened about two hours before the match, the operators take care of the assembly of the stands and cameras, the set-up of the commentary station, make the fibre connections on pre-existing cables that allow a backup link (the network connection is carried out on the backpack with Ethernet cables) and start the backpacks with the main 4G connections.

The signals arrive at the MCR in one of two EMG Italy offices (Cologno Monzese or Milan) where the video and audio integrity is checked. The colorimetry is also checked and corrected in the bi- and tri-camera setups.

In the production centre, a dedicated producer handles each game thanks to a system that takes care of the audio and video mixing functions and integrates the graphics signals. At the same time, this enables highlights of the game to be broadcast through live replays, using the same signal being recorded.

In the tri-camera configuration at the stadium one video signal with two ambient audio signals plus comment (single or double) is created. All these signals are carried by the backpacks and received by devices called Stream Hubs.

Eight Serie C matches per weekend are broadcast on Eleven Sports. All the graphics, created internally by Boost Graphics, are integrated into the live production from each of the 25 control stations that deal with Serie C.

Stefano Branduardi of EMG Italy’s Indoor Technical Operations team, says: “I take care of the MCR which involves the preparation of the various equipment that allows you to import the required contributions and mix them, to set the effects in the cuts, to check that the graphics signal arrives in the machine and that everything works correctly first, and then go in production.

“In the field, backpacks are used which, thanks to the option of using two different transmission systems (mobile and Ethernet network), guarantee the possibility of having a back-up on the transmission. This translates into a guarantee of reliability in any context of live sports production.”