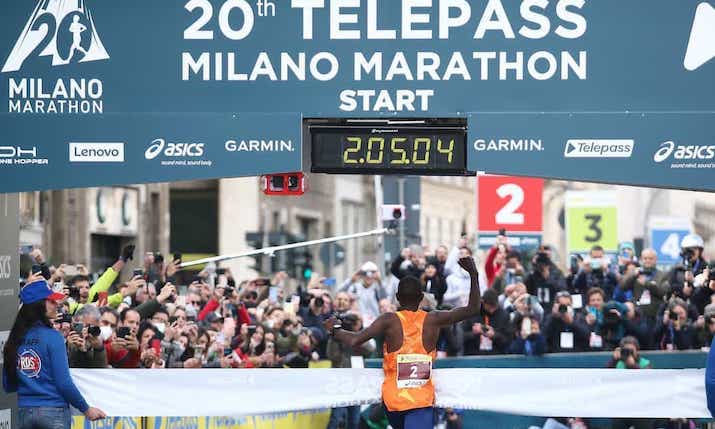 The 2022 edition of the Milan Marathon, organised by RCS Sport, represented the 20th anniversary of the event and provided an opportunity to return to a colourful mass-participation race after a smaller event in 2021 and a postponement in 2020. It also welcomed some of the biggest names in distance running to the city.

EMG Italy was called in to manage the international television coverage as well as the broadcast for Sky in Italy, creating a great day of sport for viewers on Sunday 3 April.

More than 13,000 people participated in the event, which included a standard marathon and a relay event of four-runner teams as well as a race for children and families, which was held the day before.

The course started at the Bastioni di Porta Venezia. Here EMG Italy set up a compound with two mobile vehicles for HD filming and a gazebo that housed a small studio for unilateral filming organised for Sky. 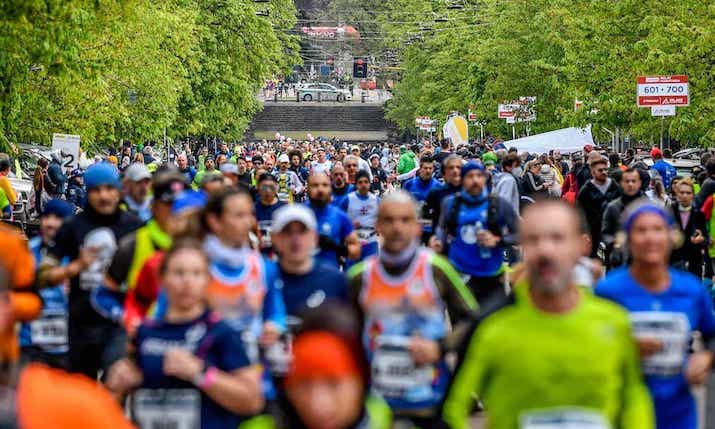 Around 13,000 people participated in the event

Max Ceriani, inhouse TV director at EMG Italy, comments on the challenges of producing this event: “The Telepass Milano Marathon is more difficult to shoot than other competitions or sporting events, such as cycling, where there are sudden breaks and surprise final sprints and therefore more spectacular images.

“Here, we were able to restore the pathos of the race, which is really a very important moment for the running movement but also for the very large and international audience, getting them closer to the participants and all the events related to running.

“We have linked this long-awaited event as much as possible to the territory and to historic and touristic Milan, underlining the joy of finally doing sport together and packaging this great international spectacle in the best possible way.”

Three cameras were situated in the Sky studio, delivering interviews, commentary and opinion. A further three camera operators on motorbikes and five cameras positioned to film both the start from the Bastioni and the race to the finishing line from Viale Maino, captured the on-course action for EMG Italy. Of these, two cameras were connected by radio frequency and made use of a long lens to return general images and document the large influx of enthusiasts both among the runners and the crowd.

The three motorcycles with camera operators on board focused on the elite runners leading the men’s and women’s races. The third bike also followed the other elite runners and focused on close-up fillers of the crowd.

An OB van parked in Piazza Venezia took care of the international direction, controlling both the five cameras in the start-finish area and the customisation for Sky, which was managed by a second mobile integration vehicle, also in the area.

Other special shooting support included a Jimmy Jib and two shoulder-mounted RF cameras that moved from the ramparts of the start to the finishing line in Viale Maino.

The moving cameras also documented some of the most significant corners of the city and were busy for over six hours, until all the runners had finished.

Ceriani adds: “The Telepass Milano Marathon, which will be repeated in 2023, requested a precise roadbook in this edition which we have previously agreed with the camera operators on the circuit. Having also worked on similar events in the past, the team is close-knit, knows the problems and wanted to offer the public images of colour and curiosity. We were able to tell some historical and interesting anecdotes and, repeating what we had done in the past for the various marathons, we interspersed many lesser known curiosities. 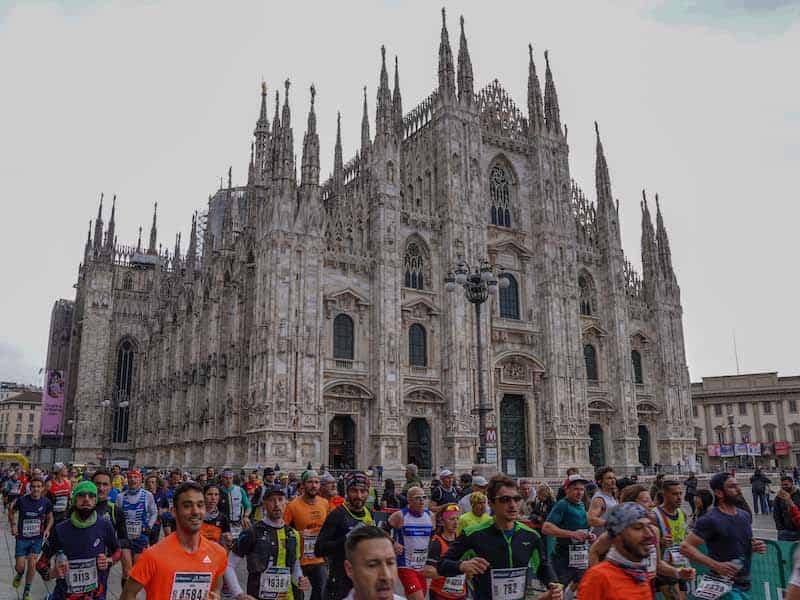 “This year too we have provided a series of corollary shots that we recorded the morning before the event, with impressive shots of the points of greatest interest along the way. In the past, for example, among other curiosities, we described the English cemetery from the Second World War, the San Siro mound created with the rubble of houses destroyed in that war, and much more.

“This year we decided to look for some anecdotes and places not too well known along the way, as well as more ‘institutional’ sites, such as the Arch of Peace, La Scala, the Castello Sforzesco, and described Piazza Gae Aulenti, as well as the Duomo and its statues,” he concludes.