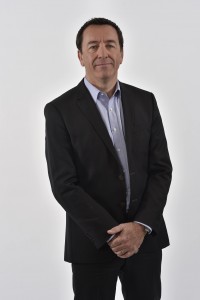 Since acquiring the rights of the English Premier League last year, French telecoms, broadcasting and media group Altice has devoted considerable production means to make sure the championship draws significant numbers of new subscribers to its premium sport channel package SFR Sport. “We have set aside a sizeable production budget which is very unusual. In France, new channels tend to only acquire content when they start off because producing stuff costs too much and they have to wait till their audience increases before embarking on the production process. We have chosen to go down a different route,” says SFR Sport managing director François Pesenti.

The group is notably producing at least four different magazines devoted to the League and other football competitions, including two programmes which are aired daily, 91ème minute and Vestiaire, which Francois Pesenti claims, is a totally new concept: “Consultants and guests chat together in a locker room and the idea is to get them to reveal personal stuff and anecdotes they can share with us.”

A team of 30 journalists was recruited to produce the content required, including a team of two based in London to get interviews with players and coaches before the Premier League games. Another journalist makes regular trips to Manchester. The broadcasting group, which includes in addition to the SFR channels, popular radio channel RMC Sport, 24H news channel BFM TV and digital terrestrial channels RMC Découverte and Numéro 23, has recruited some of the best consultants in the business, mostly players from Zinedine Zidane’s 1998 dream team such as Emmanuel Petit, Franck Leboeuf or Christophe Dugarry. François Pesenti managed to get them to work exclusively for the group, snatching Emmanuel Petit away from France 2, Franck Leboeuf from TF1 and Christophe Dugarry from Canal +.

Like all the other English Premier League broadcasters throughout the world, SFR Sport acquires the live images as a package from Premier League Productions (IMG) but can use various options to personalise them. “For instance, during the August 19 game between Manchester United and Southampton, we negotiated with IMG to have a special camera follow Zlatan at all times. We did well to get that option because he scored twice”, indicates François Pesenti.

SFR Sport also decides three weeks before every match whether it will want access to the pitch and whether it will require before, during half-time and post-match interviews. “It depends on the stakes of each game, because that kind of access costs more,” he adds.

SFR will also offer subscribers who have acquired its 4K set-top, Zive, some of the Premier League games which will be broadcast in 4K. These games will be broadcast on the channel’s UHD channel SFR Sport 4K. The company has also invested in a 4K production and editing facility to deliver 4K content.

“Our initial goal is to convince our 6,2 million IPTV SFR/Numéricable subscribers who can watch our new Sport channels for free to subscribe to the premium package, including the 4K option, and we think our Premier League coverage will induce them to do so”, he says. He also admits that the next step will be to get other French groups out there to offer the SFR Sport package to their own subscribers.

Chelsea and Liverpool free to air on Numéro 23

SFR Sport is planning special coverage for the September 16 game between Liverpool and Chelsea. The game will be broadcast free to air on sister channel Numéro 23, a way of getting SFR Sport known to people who are not SFR/Numéricable IPTV subscribers and at the same time increasing Numéro 23’s audience for the evening. The choice of the channel is a little surprising: it is part-owned by Altice, true, but has never really shown much sport until now and is one of the less watched terrestrial channels out there.

“We wanted to be on a general purpose channel and not one already watched by football fans,” justifies François Pesenti. A few adjustments will be made to the SFR Sport content, in order to not put off Numéro 23’s audience, which includes a majority of female viewers. “We will have a little more explaining and presentation to do so that the audience understands the bigger picture”, he says. But the idea remains to show off the SFR Sport special tone and content.

“We want French viewers to understand the Premier League, we will be producing short documentaries on the English Football teams so that the audience can get a feel for their remarkable history. We will also interview English fans, to highlight that special attachment between clubs and supporters.”

The Vestiaire magazine will be broadcast after the match, hosted by Salim Baungally, and will include previous Chelsea players Emmanuel Petit, Franck Leboeuf and William Galas.

New technology will also be on the cards, although the priority for now remains content driven. “SFR is a telecoms operator which is known for being very technology savvy. So we are looking into virtual reality and other new developments, in coming months and years. It is a very exciting time to be in the sport business,” he concludes.