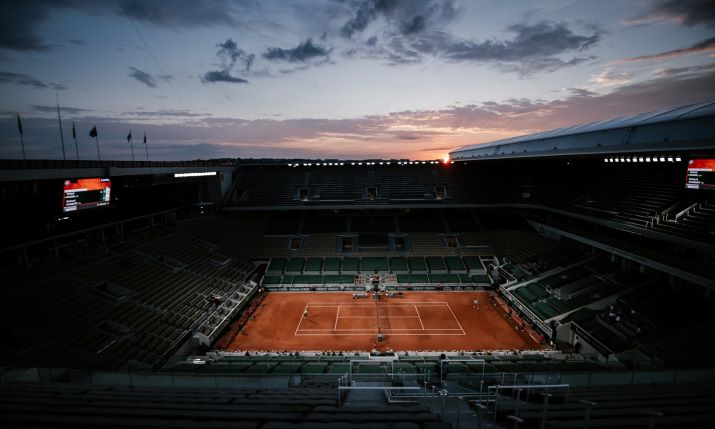 All 886 matches from Roland-Garros will be available live on Warner Bros. Discovery’s discovery+ and the Eurosport app, the broadcaster has stated today.

The first tournament production of Warner Bros. Discovery Sports’ new multi-year agreement with the Fédération Française de Tennis (FFT), an event first broadcast by Eurosport in 1989, is going even further to offer sports fans an unmatched 360-degree tennis experience, bar those in France who will be able to view with major rights holder France Télévisions, and Prime Video.

Coverage will feature long-form documentaries, new short formats, groundbreaking analysis as well as extensive reporting and updates across its Eurosport.com and local market news sites to complement the live action.

Scott Young, SVP content and production at Warner Bros. Discovery Sports Europe, said: “Roland-Garros is not only the pinnacle of the clay court season but the perhaps the crème de la crème of Eurosport’s tennis coverage given it’s founded on a relationship stretching back more than 30 years and has provided some of the most iconic moments in the sport’s history.

“For 2022, our team of Grand Slam champions and most insightful experts will help to bring the stories from the courts to life. Whether live from Roland-Garros in Paris or our award-winning Cube studio, one of the greatest storytelling tools and innovations in the industry, our incredible on-screen line-up will bring fans even deeper analysis and help them better understand the reasons why each match was won or lost. With every match available to stream live and on-demand coupled with the best local content and daily shows, we know this year will be a special tournament for fans across Europe.”

With Novak Djokovic and Barbora Krejickova looking to defend the titles they memorably claimed 12 months ago, the main singles draw gets underway on Sunday 22 May, but the tournament is more just than the men’s and women’s singles tournaments.

In 2022 Warner Bros. Discovery Sports will also broadcast live and exclusive coverage of the qualifying tournament from Monday 16 May. Furthermore, all doubles and wheelchair events will also be available to watch either on linear or digital platforms, meaning viewers will have access to all 886 matches from Roland-Garros this year across discovery+, Eurosport App and Eurosport in Europe.

A host of globally-recognised tennis experts will offer their insights throughout the tournament. Former top 10 players Barbara Schett and Tim Henman will be based at the brilliant extended reality Cube studio in London with seven-time Grand Slam champion Mats Wilander – on the 40th anniversary of his first French Open title – on-the-ground at Roland-Garros where he will be joined by the iconic John McEnroe and two-time French Open finalist Alex Corretja.

Local experts will also be on hand to offer analysis of local players for local fans. Former world number 25 Mischa Zverev will link up with the highly-respected Barbara Rittner for viewers watching on Eurosport in Germany throughout the tournament and the post-day wrap-up show Matchball. As well as offering his own insights to Warner Bros. Discovery Sports’ international coverage of Roland-Garros, Alex Corretja will also contribute to Eurosport’s live coverage in Spain as well as its daily flagship show Pasando Bolas. Elsewhere, Grand Slam finalist Roberta Vinci will be an integral part of discovery+’s coverage in Italy with former world number four Jonas Bjorkman assuming a similar role for audiences watching on Warner Bros. Discovery Sports platforms in Sweden.

Alize Lim, who made her on-screen debut for Warner Bros. Discovery Sports during the Australian Open, will be on-site in Paris to give fans a local flavour of the atmosphere in and around the city and the grounds of Roland-Garros. Alize will front a daily show ahead of each morning’s play from 10:30am CEST to preview the day’s play.

As part of his ongoing relationship with Warner Bros. Discovery Sports, rising Norwegian star Casper Ruud will give fans an exclusive insight into his world during the tournament, in a new episode of Ruud Talk – to be published on Eurosport’s digital platforms – as he bids to reach the second week of Roland-Garros for the very first time.

Eurosport.com and the Eurosport App will once again be the ideal place for fans searching for deeper, immersive storytelling with online coverage of Roland-Garros set to include exclusive first-person columns via Players’ Voice, informed opinion from Warner Bros. Discovery Sports cast of tennis experts across the continent and match highlights allied with match previews and reports – meaning every angle is covered for the discerning tennis follower.

In addition, Eurosport will open local windows in Germany, Spain, Poland, Italy, Romania, Norway and Sweden throughout the two weeks of the main tournament meaning local fans won’t miss a minute of their favourite local heroes in action.

Warner Bros. Discovery Sports’ coverage of Roland-Garros will be underpinned by a brand-new on-air promo that relates to Paris being the city of love. The TVC is accompanied by an iconic French song – J’ai deux amours – by Josephine Baker.

Coverage of last year’s Roland-Garros contributed to the best month of June on Eurosport 1 since 2017 in terms of average audience numbers while over 4.5 million visitors accessed Eursport.com digital platforms on 13 June alone – the day of the men’s final. In June 2021, Warner Bros. Discovery Sports announced the renewal of its rights agreement with the FFT to broadcast Roland-Garros on a pan-European basis (excluding France) until 2026.